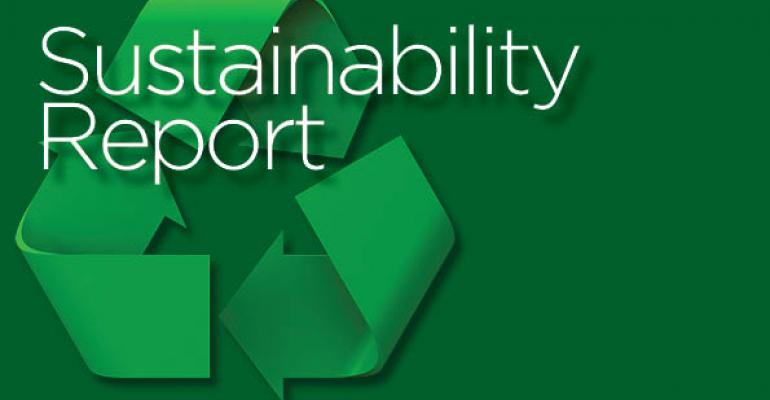 Waste Management is well on its way to reaching its recycling goal of 20 million tons of recyclables taken out of the waste stream by 2020, according to its annual sustainability report. The challenge now will be to keep recycling economical.

By 2013, recycling had represented the majority of the company’s non-collection revenues, according to the report. Yet the makeup of the waste stream has changed over the years, adding to processing costs.

Recycling facilities were built to handle 80 percent paper and 20 percent bottles and cans, but the reality is that Houston-based Waste Management now processes 50 percent to 60 percent paper and 40 percent to 50 percent bottles and cans. And with the amount of recyclables handled increasing from 12.9 million to 15 million tons from 2012 to 2013, the result has been a decrease in recycling revenues due to a dip in recycling commodity prices, changes to recycling mix and a demand for cleaner recyclables. A big challenge on this front is the increase in single stream curbside recycling, which increases collection of non-recyclable and contaminated materials as well as cost. 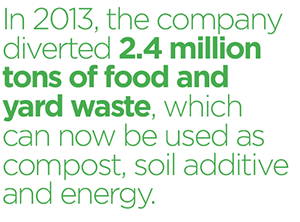 To combat these challenges, Waste Management launched the “Recycle Often. Recycle Right” program to educate consumers on what types of materials can be recycled.

On another goal to increase its waste-based energy. Waste-based energy revenues and generation were flat in 2013, making the goal of serving 2 million households by 2020 seem challenging. In July, Waste Management contracted to sell its waste-to-energy business, Wheelabrator Technologies, to Energy Capital Partners (ECP) in which Waste Management will supply waste to create energy to ECP, which has the expertise to facilitate the brokerage of energy products.

The company also enlisted the help of MicroGreen back in 2010 to help process plastics into new materials, as well as developing technology to turn plastics into high-octane synthetic crude oil and ultra-low sulfur diesel. The first facility to use this technology opened in 2013 in Portland, Ore. And is the largest commercially operational waste-to-plastic-to-synthetic crude oil facility in North America. The facility processed 848 tons of plastic into almost 201,000 gallons of oil last year that was delivered to a Washington oil refinery.

Finally, on the organic waste front, Waste Management has been working to limit the amount of food and yard waste that makes it to landfills—currently 28 percent of the waste stream. In 2013, the company diverted 2.4 million tons of food and yard waste, which can now be used as compost, soil additive and energy. Waste Management also continues to pilot programs to anaerobically digest commercial food waste and convert it to biogas. Pilots are underway in New York and Los Angeles with another project planned in Boston, according to the report.