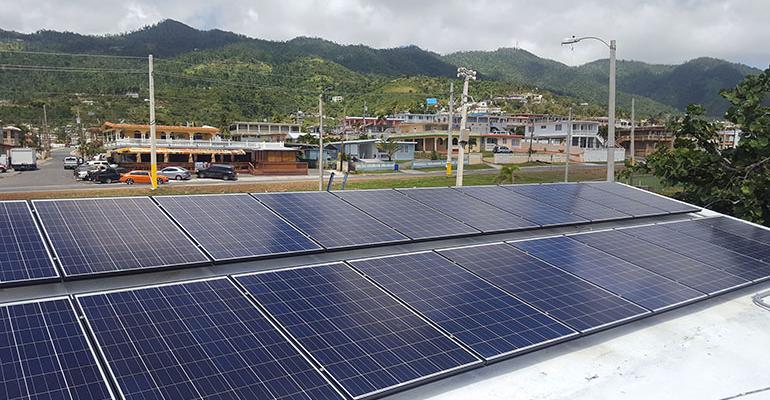 The installations will provide emergency power to community centers located in informal areas on the island.

Two years ago, Hurricane Maria brought devastation to Puerto Rico, destroying homes and businesses, taking the lives of approximately 2,975 people and leaving about 3.4 million people without power. That natural disaster, and the impact it had on the island and its residents, led Jonathan Marvel, founding principal at Marvel Architects, and his partners at Resilient Power Puerto Rico (RPPR) to develop a more reliable energy system for community centers located in informal areas on the island.

Using solar panels and energy-storing batteries, Marvel and RPPR are creating durable installations that will allow the community centers to generate solar power and store it via the batteries to use during power outages that often come with hurricanes and other natural disasters.

“The idea for these projects evolved from a simple understanding that without electricity, there is no way to exist in the 21st century,” says Marvel. “I’m an architect, not an engineer, and I was really fascinated about the idea of using solar power in a grassroots way to bring electricity to informal communities of the island, meaning the undocumented, the people without title and the people without robust services or access to basic things like refrigeration, water and communication systems.” 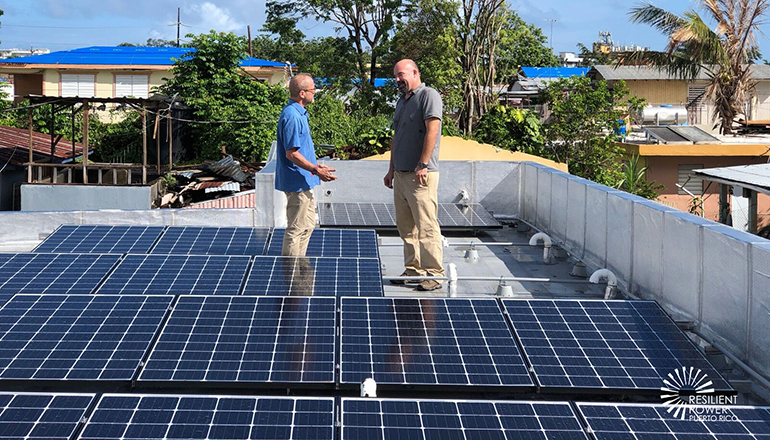 With the new 30-plus solar installations, which consist of panels installed in prosaic rooftop setups and batteries to store solar power, the community centers will provide about 3,000 to 5,000 people at each location with shelter as well as places to charge their phones, store perishable food and medication, power healthcare devices and fill out Federal Emergency Management Agency applications.

In addition, the installations will serve as examples for how other communities can utilize solar to create more resilient energy systems of the future.

“While solar systems may be more expensive in the short term, they will pay for themselves in the long term,” states Marvel. “Many communities that lost power may never get power back simply because of where they are located and the difficulty of running lines up the mountains to more remote areas. Some of the smaller islands, for example, still rely on underwater cables to bring them power from the big island, and some communities are still running on generators or have no power at all. Because of this, I think we will start to see more and more solar installs across the island, both for residences and businesses.” 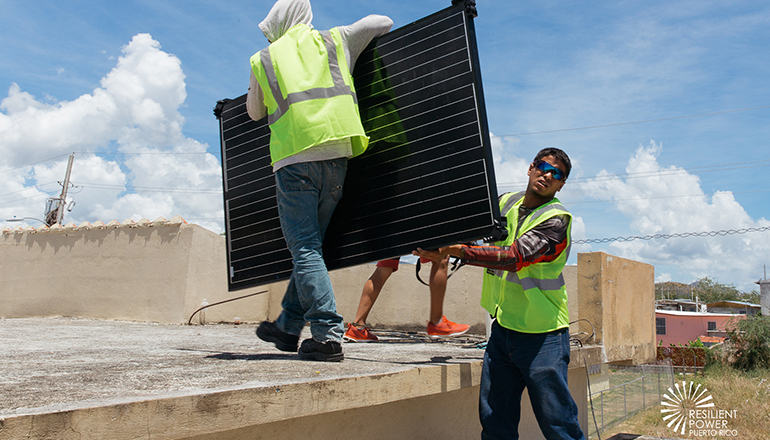 While the easing of restrictions for energy-saving batteries has helped resolve one challenge, there are some other challenges that the island is facing when it comes to solar.

One of the biggest challenges is the amount of construction underway on the island to restore and build infrastructure, and the shortage of installers and laborers to do that work. Because of this, Marvel and RPPR need to line up installers way ahead of their schedule just to ensure that they have the help they need for the installs.

Another challenge is cost. Installing solar systems is quite pricy, but Marvel and his team have received support and funding from a number of organizations and locals.

Additionally, while there are a lot of solar panels available on the island, there is a shortage of batteries to store the solar power.

“Tesla was our partner when we first started these installs, but their supply stream was interrupted a couple times and deliveries of batteries were delayed,” explains Marvel. “It’s hard to get supplies to the island, and it would be wonderful if a battery manufacturer would bring a factory to Puerto Rico to avoid some of these issues going forward. LG and Panasonic, if you’re listening, we need you and welcome you.” 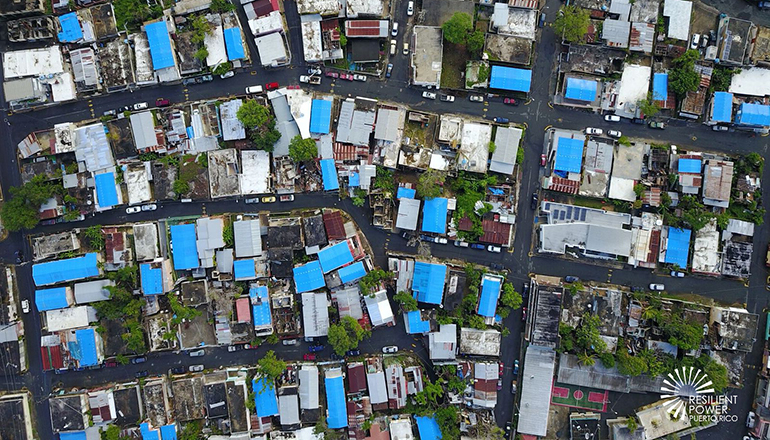 Despite these challenges, Marvel and his partners have had much success with the installs. And now, RPPR is taking its efforts to a step further by launching three online toolkits. The first is a database that shows a map, areas’ exposure to flooding, winds and power outages, demographics and more. The other two will focus on matchmaking, ultimately matching communities with other communities and resources that are able to provide services.

“We're excited to launch these toolkits and build more installs, as they support our goal of changing the culture of electrical mentality,” says Jan M. Curet Alvarado, project manager of RPPR’s resilient community centers program. “We promote independence and the mindset that with the growth and utilization of these measures, we can recover ourselves and not rely as much on external resources. We are strong, we are survivors and we will build these communities back up to be resilient.”