How the U.S. Recycling Market is Faring Under China 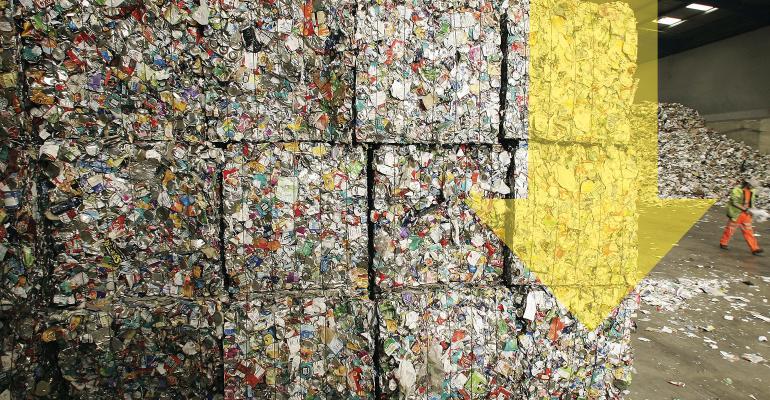 Since the implementation of China's import ban on recycled materials, cities across the U.S. have begun cracking down on how they manage curbside recycling.

Cities across the U.S. are being forced to scrutinize and crack down on the way they manage their waste and recycling efforts at the curb now more than ever.

Earlier this year, China implemented an import ban on recycled material that doesn’t meet a 0.5 percent contamination rate. That has caused volatility in the market, some domestic recycling plants to shutter and some cities to reconsider or even end curbside recycling programs.

Related: China: One Year On

An article by Governing takes a look at how the U.S. recycling market is suffering under China’s new restrictions.

Ever since cities began offering curbside recycling programs, skeptics have joked about how it all ends up going to the same place as the garbage. In Franklin, N.H., that’s actually true.

Residents there still sort items into separate recycling bins and garbage cans, but the different material all gets hauled to the same incinerator. “We are currently disposing of all of it at the trash plant,” says Judie Milner, Franklin’s city manager, “because recycling costs are twice as high.”

Those costs have spiked all over. Until this past January, China took 40 percent of America’s gently used paper, metals and plastic. Now, it accepts hardly any of it. China won’t take recycled material from this country, or others, unless it’s 99.5 percent free of contaminants. Some of the material is currently being processed domestically or is getting sent to other countries, but the loss of the biggest market has led some domestic recycling plants to shut down and some cities to end curbside pickup of recyclables.