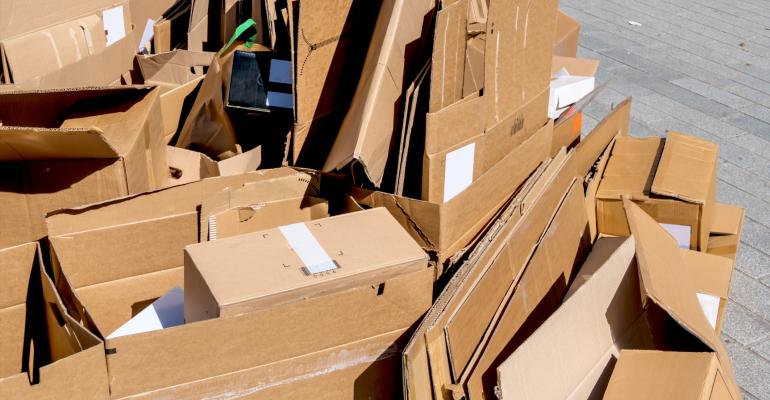 A rise in domestic consumption and a booming e-commerce market is leading to a problem in China that the U.S. has become well-versed in: a surge in packaging waste.

In the U.S., generators have been pushed to reduce packaging or make it recyclable. Will the same sort of effort take place in China?

The South China Morning Post has the report on the waste surge:

Data from the Chinese Institute of Graphic Communication shows there were 20 billion parcels shipped last year by courier services on the mainland. This required the use of 7.5 billion plastic bags, 10 billion cardboard boxes, and 17 billion metres of wrapping tape. The tape alone would be long enough to circle the earth more than 400 times.

However, most of the waste has not been recycled by the responsible e-commerce and delivery service providers, resulting in a huge threat to the environment, said a Chinese researcher who declined to be named.

The waste is increasing in tandem with e-commerce. According to the State Post Bureau, the total number of parcels delivered by courier services in China jumped 48 per cent last year. The growth rate for 2014 was even higher, above 50 per cent.