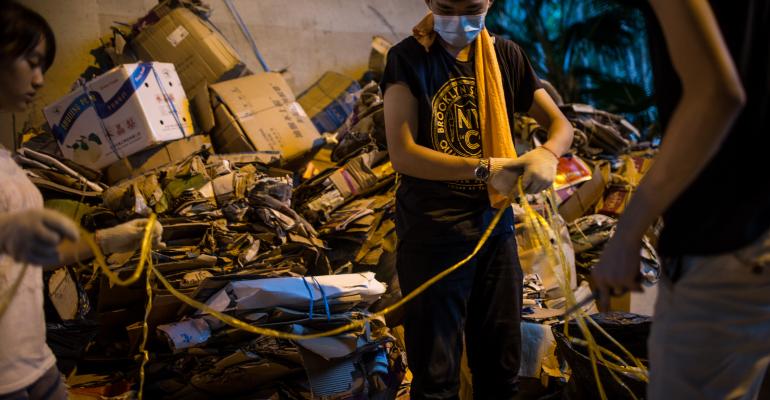 China's Ministry of Ecology and Environment has added 32 new types of solid waste to its banned import list.

Just as the waste and recycling industry was starting to make some adjustments to comply with China’s recently enacted waste import ban and contamination standard, China's Ministry of Ecology and Environment (MEE) announces plans to ban 32 more types of solid waste by the end of 2019.

This move sparked a reaction from three major waste and recycling associations—the Solid Waste Association of North America (SWANA), the Institute of Scrap Recycling Industries (ISRI) and the National Waste & Recycling Association (NWRA)—which have recently submitted a number of filings and feedback regarding China’s intentions.

NWRA released the below statement:

The Chinese government has made it clear that they will continue to ban additional materials. Therefore, it’s not a complete surprise that they have released a new list of banned materials.

NWRA members collect mainly from residential and commercial businesses whose recyclables cover a range of different materials. Most of the materials identified on the latest list are industrial in nature and are unlikely to directly affect most of our members.

In addition, indirectly, these restrictions could upend existing markets for these materials resulting in additional market turbulence that could impact our members.

SWANA CEO and Executive Director David Biderman told Waste360 that “the announcement serves as a timely reminder that no one should be expecting China to roll back the recently implemented waste import restrictions, and that we need to support domestic, job-creating recycling markets here in the United States.”

“The Chinese Government’s announcement will have an impact on more than 676,000 metric tons, worth about $278 million, in U.S. scrap commodity exports to China in the first year and another 85,000 metric tons worth more than $117 million in the second year,” said Wiener in a statement. “Although we anticipated more import restrictions would be announced, we remain concerned about the effect these policies have on the global supply chain of environmentally friendly, energy-saving scrap commodities and will instead promote an increased use of virgin materials in China, offsetting the government’s intent to protect the environment.”

The associations will continue to follow this development and its impact on the industry as we progress further into 2018 and beyond. They are committed to working closely with governments, stakeholders and the public and private sectors on education efforts, contamination reduction efforts and finding new homes for these banned materials.