The Environmental Benefits of Renewable Fuel 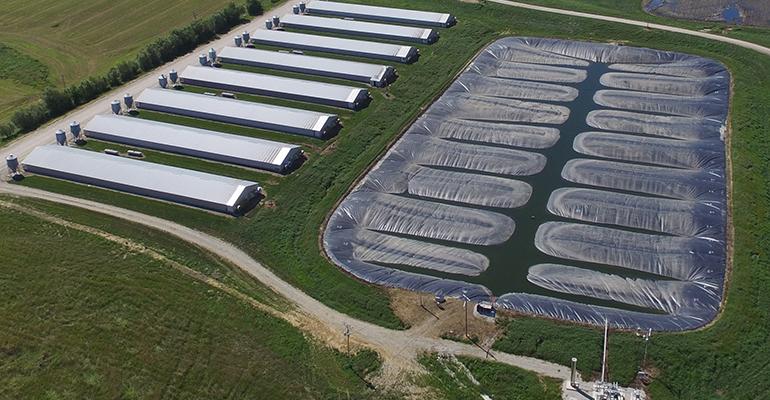 Renewable natural gas (RNG) is becoming more recognized for its environmental benefits, as seen by some growth in investments on the private side and by policymakers. A couple of stakeholders were recently recognized by nonprofit environmental group Energy Vision for their support of RNG.

They include a St. Louis-based developer who is helping a major food manufacturer address environmental issues tied to its hog production operations, while capturing methane and converting it to RNG. Another applauded supporter is a New York state legislator who was instrumental in passing the most ambitious climate goals of any U.S. state, including net zero emissions by 2050; plans to get there include accelerating anaerobic digestion (AD) projects to generate RNG. Also in the spotlight is a large New York City beverage distributor that’s converted nearly half its fleet to compressed natural gas (CNG) engines, with plans to go further.

Waste360 sat down and talked to all three of these pioneers.

“We decided to turn the lagoons into digesters to process swine waste. They were existing assets, so rather than buy tanks, we covered the lagoons to keep oxygen out and to produce and capture methane,” says Rudi Roeslein, CEO of Roeslein Alternative Energy.

His company installed a drainpipe and connected it to a line that conditions gas, removing impurities. An interconnect was installed, which has enabled injection into a natural gas pipeline in Missouri.

Forty-five of the 90 lagoons that were being discharged into have been converted to anaerobic digesters. The rest will be converted over the next two years. Roeslein Alternative Energy is creating another 26 lagoon digesters in Utah, also in partnership with Smithfield.

When the projects are complete in Northern Missouri, Roeslein expects to produce 1.1 million dekatherms (dth) of RNG, which translates to displacement of 5.7 million gallons of diesel.

On a larger scale, there are almost 70 million hogs grown in the U.S. each year. Collectively, they could generate 40 million dth of RNG, displacing 200 million diesel gallons and generating nearly $4 billion.

But Roeslein is also converting these lagoons to AD systems for other reasons.

“I am doing it to preserve prairie grass and cover crops, which would reduce flooding and reduce nitrogen and phosphorus going into water. It will help rebuild soil and provide a habitat for pollinators and wildlife. And it is providing clean, high-value energy,” he says.

New York State Sen. Todd Kaminsky was the lead sponsor of the Climate Leadership and Community Protection Act enacted July 2019. It requires all electricity generated in the state to be carbon free by 2040. New York must be carbon neutral by 2050.

“That will require us to have an all-hands-on-deck approach to meet these goals,” says Kaminsky, adding it will mean ramping up of wind, solar and any form of energy that is not adding carbon.

“I think RNG has gotten through a rough time in Albany because people connect it to fossil fuel. Industry needs to be better at educating policymakers on what it is and its benefits because we will need to enlist every resource that does not harm our planet to reach our carbon-neutral goal,” he says.

Kaminsky also framed a program that has since passed into law as the Food Redistribution and Recycling Act, requiring New York businesses that generate at least 2 tons of food scraps a week to donate what’s edible and send the remainder to AD.

“I think we are only going in one direction, which is to require more food processors to use digesters. So, I think this is a nascent industry that will grow. There’s a sense we can’t keep sending [this organic material] to landfill. We can also generate energy and feed the country,” he says.

Manhattan Beer Distributors has converted about 40 percent of its fleet to CNG. The company is on target to be at 75 percent by the end of 2020 and is shooting for 100 percent by 2023. 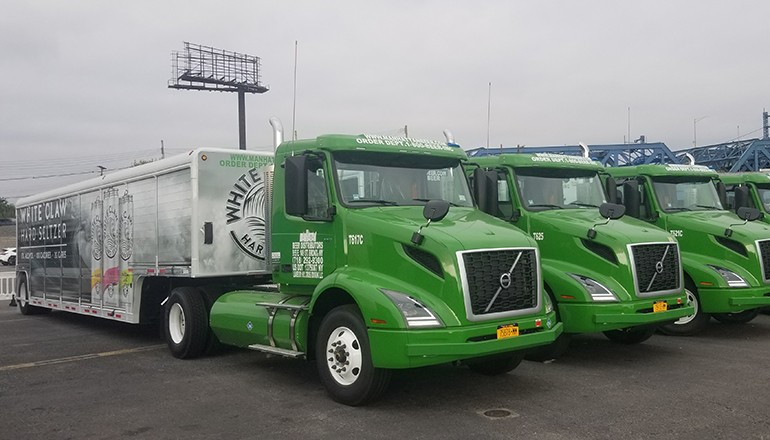 The current plan is to run the trucks on CNG sourced from fossil fuel. Juan Corcino, director of fleet operations for Manhattan Beer Distributors, says, “Our ultimate goal is RNG, but for now, we are trying to find the right supplier at the right price.”

The company had been using diesel and sees CNG as a move in the right direction as it’s a cleaner fuel. Plus, replacing diesel trucks with CNG trucks allows the ability to run on RNG if the economic opportunity presents itself since the engines can handle this fuel type.

Manhattan Beer began transitioning to CNG in 2001. It’s a slow process because for some time not many CNG vehicles were available. None were available when it started; it had to convert its diesel engines to CNG engines.

“We started converting because we are in Hunts Point in the Bronx, and in the 1990s, Hunts Point had the highest asthma rate in the nation. By replacing high emissions trucks with trucks that run on clean-burning fuel, we are helping to improve the air quality and hopefully lower asthma rates,” says Corcino.

“These incentives are what pushed us to reach for 75 percent by the end of 2020. We are applying for this grant to help us get there,” says Corcino.