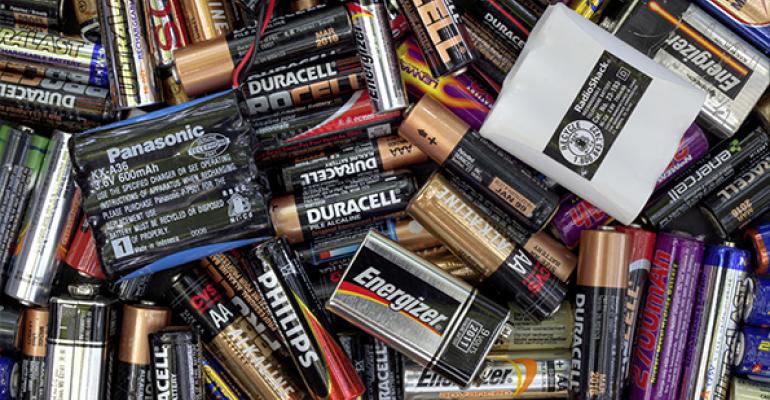 Vermont once again leads the nation in consumer battery recycling based on program participation.

In its annual analysis of state efforts to collect and recycle batteries, Call2Recycle, Inc., the nation’s first and largest consumer battery stewardship organization, on National Battery Day, February 18, announced that Vermont once again leads the country in consumer battery recycling based on program participation.

Each year, Call2Recycle calculates the amount of batteries each state collects compared with its population. This year, in a change from previous years, only collections direct from consumers to its collection sites were counted, and collections from private locations such as manufacturers were removed. Still, Vermont continues to comfortably lead the nation—its 626,000 residents generated more than 124,000 pounds of batteries in 2019. Vermont is followed by Delaware, which also ranked second in 2018.

Check out the complete listing of states.

According to Call2Recycle, local governments have historically bore the burden of managing waste and recycling programs. Their expertise along with their relative convenience typically provides recycling leadership in their local communities.

“What’s affirmed in our analysis is that municipal governments lead recycling efforts, particularly for consumer batteries,” said Carl E. Smith, CEO and president of Call2Recycle, in a statement. “All the states at the top of our listing boast municipal governments that are dedicated to recycling batteries. We thank them for their efforts in supporting our mission to collect and recycle batteries.”

Conversely, the analysis also showed that consumer battery recycling is least successful when municipal governments do not have sufficient infrastructure and resources to support recycling behaviors, particularly in less populated states. In these states, retailers tend to absorb a greater responsibility in battery recycling. To address this challenge, Call2Recycle is focusing its efforts on bringing battery recycling more directly to consumers including adding drop-off locations and expanding new services and solutions.

“As we celebrate the power of batteries on National Battery Day, we must continue to be good stewards of the environment by safely recycling batteries and recognize those who are helping us get there,” added Smith.