Check this Steve Jobs Portrait Made of e-Waste 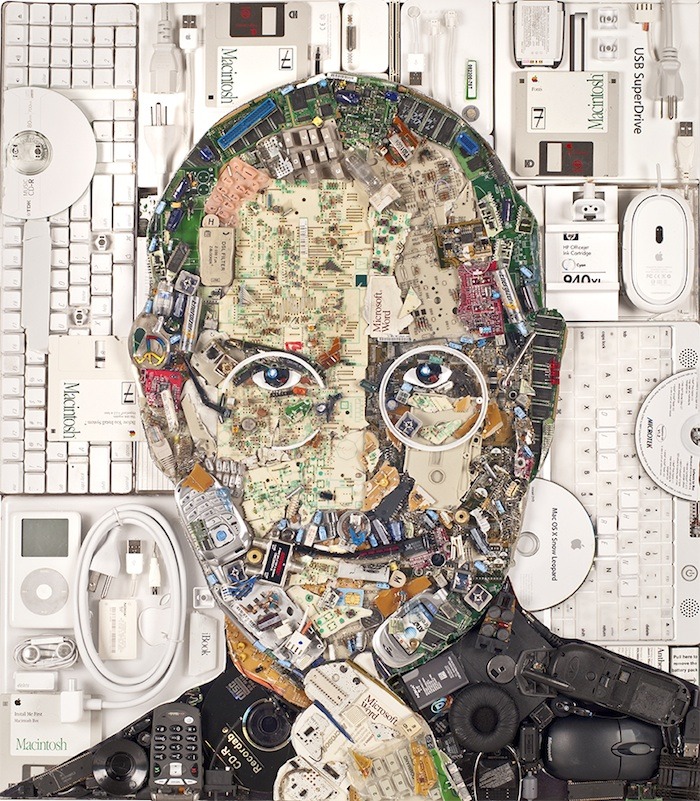 The collage is made from discarded gadgets of all types. As the Web site TheBoldItalic.com described it, “Look closely and you can see bits of cell phones, iPods, headphones, Macintosh keyboards, CD-Rs, batteries, mice, memory sticks, and other upcycled trash from Apple.”

Recode.net wrote of the portrait, “Mecier ‘painted’ Jobs’s jawline with parts of an iPhone, his brow with batteries, his ear with Ethernet cables and a very small peace sign. He sculpted the head with a green arc of circuit boards. Jobs’s face and body are a melee of computer detritus against a backdrop composed in shades of off-white—a charger cord is coiled as though still in the box.”