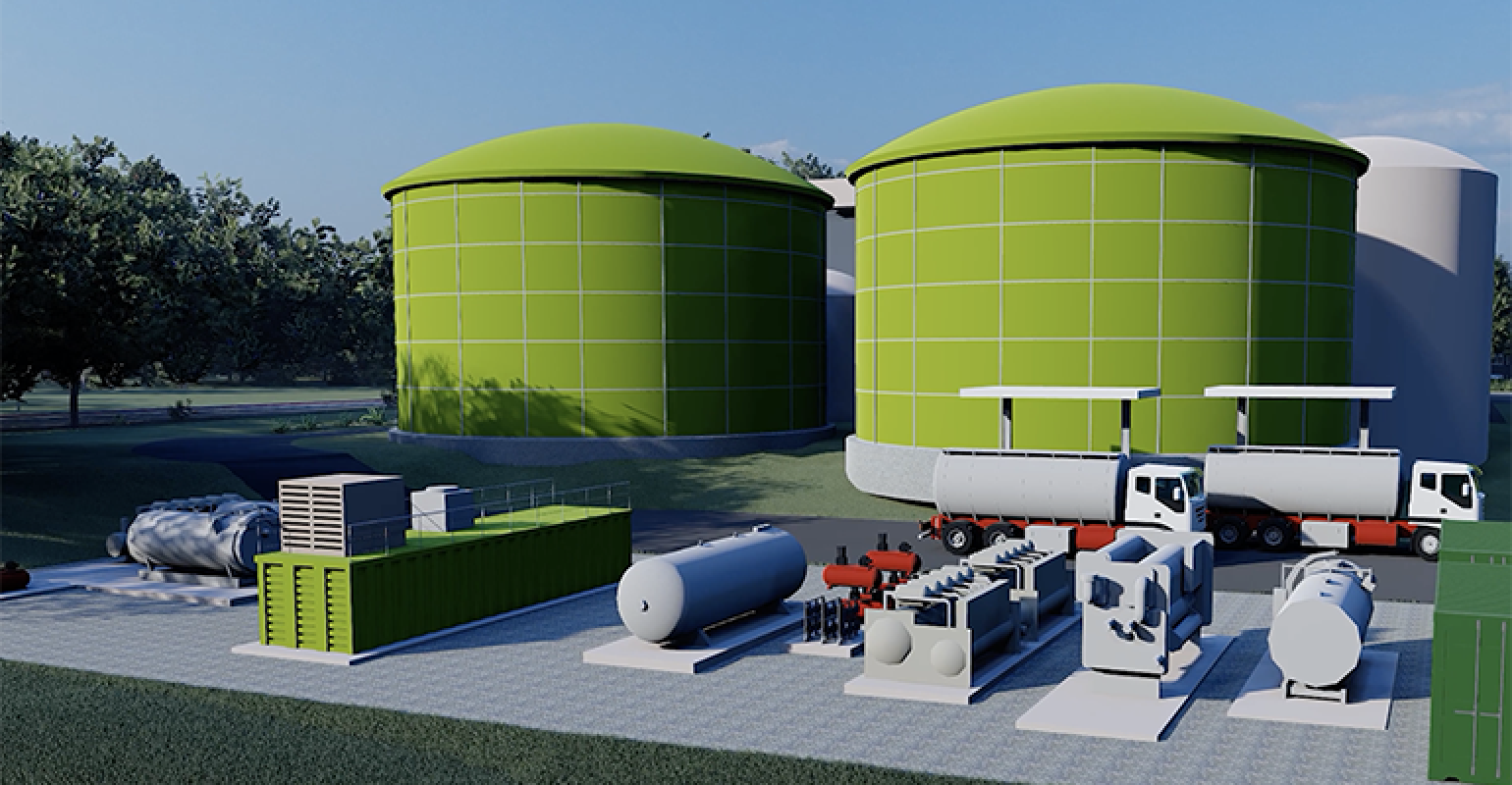 BDC’s plan is to continue to expand its North American footprint, working with municipalities and corporations to develop anaerobic digestion facilities.

Bioenergy DevCo (BDC) is building an anaerobic digester (AD) to be co-located with the Maryland Food Center, servicing one of the largest food terminals on the East Coast.

As this Howard County, Md., project, which will process 100,000 tons of food waste per year, comes up from the ground, BDC is preparing to take over the Perdue AgriRecycle composting facility near Seaford, Del. And it’s working to permit an AD in Cecil County, Md.

Through the Perdue agreement, BDC will be supplied all organics from the manufacturer’s processing facilities in that region and will own and operate the AgriRecycle site, permitted to compost 30,000 tons of organic byproducts from poultry operations. BDC also plans to construct an AD at this same Delaware site. Combined, the Maryland Food Center and Perdue operations will generate renewable natural gas, heat, power and an organic soil amendment.

The Cecil County site will be located at the Principio Business Park. Shawn Kreloff, CEO of Bioenergy DevCo, estimates this facility will manage 70,000 to 100,000 tons per year of food and agricultural waste, initially supplying compressed natural gas to the campus’ fleet. But discussions are underway with utility and energy companies for direct injection into the pipeline.

With headquarters in Howard County, Md., BDC’s focus on that state and nearby Delaware was intentional.

“We are proud to be a Maryland-based company where the local and state officials have made a real commitment to not only manage organic waste in a productive manner but to embrace the demand for sustainable clean energy. And the Delmarva Peninsula plays home to a wide range of agriculture and food processing facilities that can benefit from anaerobic digestion,” says Kreloff. 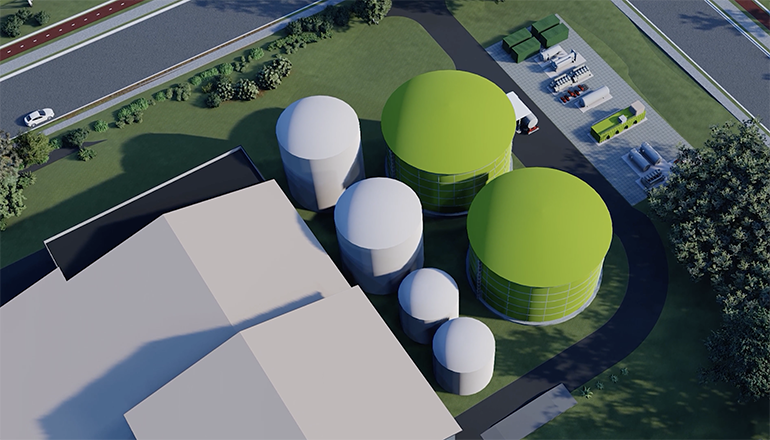 However, the plan is to move into more markets. The company recently secured $106 million to expand its North American footprint, working with municipalities and corporations to develop AD facilities.

“Bioenergy DevCo sees major opportunities in the mid-Atlantic and throughout the United States for anaerobic digestion facilities. As more municipalities and companies look for sustainable waste management solutions and realize the value of organic waste as a source of renewable natural gas, adoption of these digesters will only increase,” says Kreloff.

BDC has built 220 plants in seven countries. In the U.S., the project developer has identified potential sites for ADs in Washington, New Jersey, Minnesota, Florida and New York and is in the permitting process, or at some level of development for projects, in these regions.

The Howard County site, run by the Maryland Food Center Authority, was the first under construction in the U.S. and has a targeted completion date of the fourth quarter of 2020. BDC secured a $500,000 combined heat and power grant from the Maryland Energy Administration to help finance construction of this project.

“When BTS (BDC’s wholly owned subsidiary) came to us, they had a complete solution. They were not looking for us to become an investor. And they identified a site in the food center that would be ideal for our operations,” he says, adding BDC is working with the authority to evaluate different food waste recipes that can be generated and used in the biowaste system. 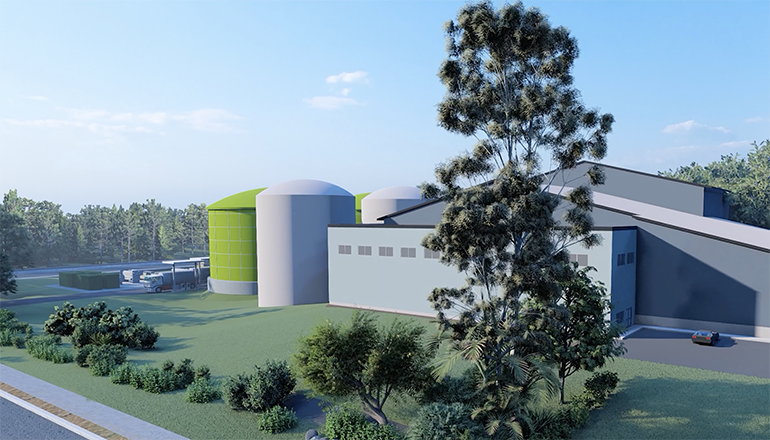 The authority has spent more than a decade trying to work with different diversion and recycling programs that all had challenges.

“We have taken organics to compost and taken plastic to plastic collection companies, but eventually they become overwhelmed and couldn’t handle the volume,” says Darnall.

Now, he believes he has a solution—one he says will lower disposal costs and entail taking material to only two sites: organics will go to BDC, with the remaining non-organics going to landfill.

The AD to support Perdue will be able to process a range of materials from local poultry farmers and processors. What is not used to produce renewable natural gas or soil amendments (from remaining digestate) will be used to enhance the compost production process and limit odors.

Speaking of the 20-year agreement with BDC, Randy Day, CEO of Perdue Farms, said in a statement: “We see this partnership as an opportunity to further expand on the work we’ve done so far. With [BDC] we have found a partner that enables us to be more sustainable, create cost-savings and help produce renewable energy while continuing to address soil health and nutrient management in the environmentally sensitive Chesapeake Bay watershed.”

As BDC looks to design, construct and manage more facilities, it reaches out to utilities, municipalities and private companies as partners.

But this is a fairly new concept to most of them, as AD has not advanced in the U.S. to the degree it has elsewhere. Kreloff attributes the slow growth to a lack of experience building or operating plants, a lack of capital or some combination.

“Our strategy was to bring together best-in-class technology that we own, and if a customer has the right stream, we will build a plant for them. We bring together the entire package—the technology and the operations,” he says.