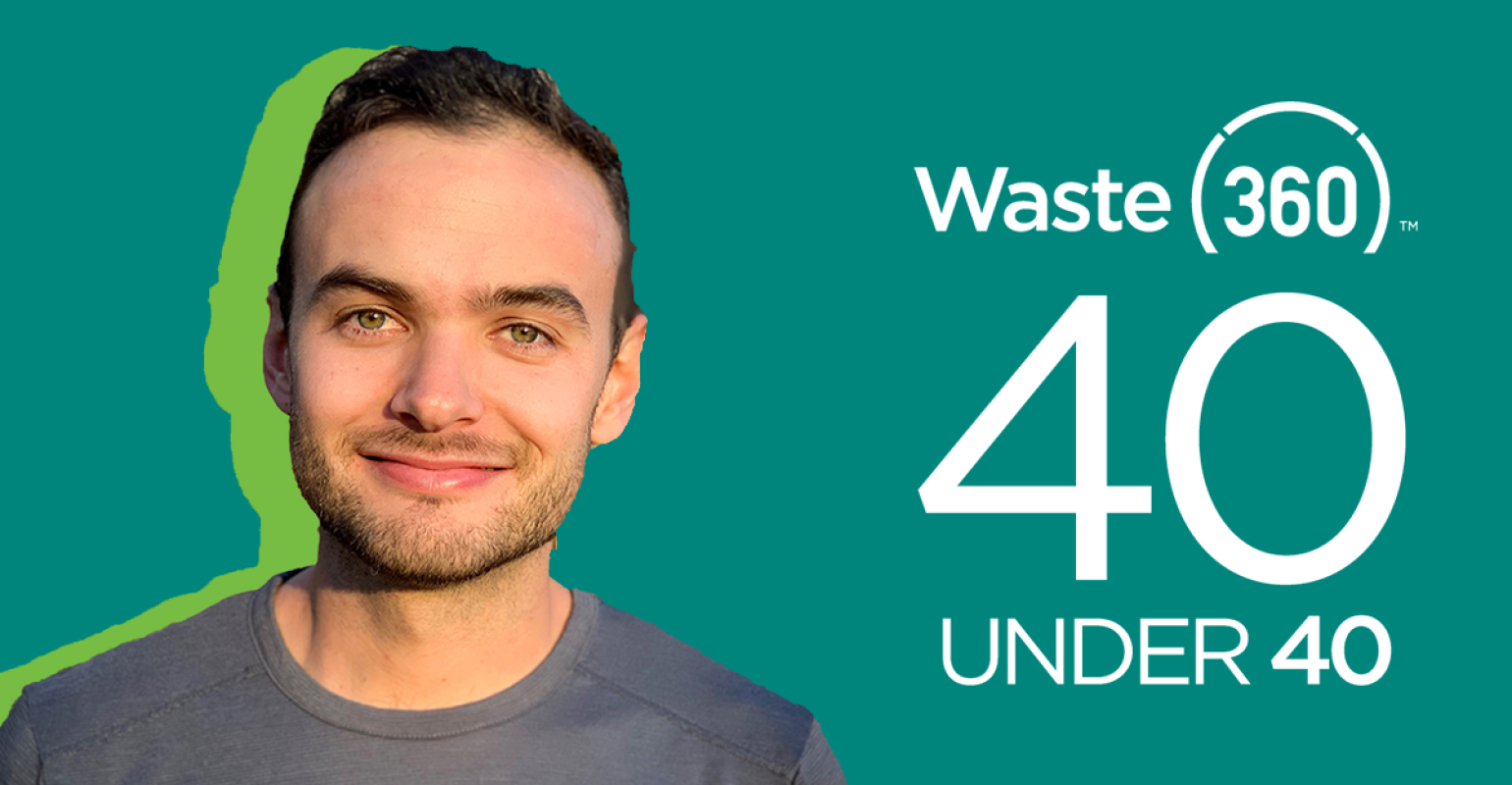 Turner Wyatt is a on a mission to reduce food waste around the world. Wyatt, who was named a 2020 Waste360 40 Under 40 award recipient, serves as CEO of the recently formed Upcycled Food Association. He spoke with Waste360 about why he believes that upcycled food products can provide a delicious, creative, and effective solution to a global waste problem.

Waste360: What is the Upcycled Food Association, and what is its mission?

Turner Wyatt: My journey to the Upcycled Food Association started with the previous food waste reduction work that I was doing. I was the executive director of a food rescue organization called Denver Food Rescue for about seven years. Like anyone who is in that space knows, you’re constantly cash-strapped because you rely 100% — most organizations do — on donations to be able to do your work. We started upcycling some of our spare products that we had a total overabundance of, like turning bread into beer or bagels into bagel chips, as a way to make more money for our organization.

That led me to the realization that earned revenue is really important for nonprofit organizations. What if the entire food waste movement were based on consumers instead of based on donations? How much more would we be able to scale our food waste solutions if they were solutions that everyday consumers could engage with every time they were in a grocery store, instead of having to make a donation out of the goodness of their heart?

Many people have already created successful businesses around upcycled food, but even before that, it’s a food tradition that has been around for millennia. It’s basically just the concept of using all of the food that you have, which is something that I think we can all agree is important.

In October, some co-founding upcycled food businesses came together to create the Upcycled Food Association, which is a nonprofit trade association whose mission is to reduce food waste by growing the upcycled food economy.

Waste360: Why can upcycled food be a solution for food waste?

Turner Wyatt: Upcycled food is the most scalable and economically sustainable solution to food waste because it’s based on consumer demand. People naturally seem to care a lot about food waste. One of our associate members, Mattson, has this stat that says 95% of people actively want to reduce food waste in their own lives. Ninety-five percent of people don’t agree on anything, but they agree on this.

It's like the most apolitical, most bipartisan issue ever, and it also happens to be the single greatest solution to climate change, according to Project Drawdown, which this year came out with new numbers and bumped reducing food waste from the number three to the number one most effective solution in its ranking of the top 100 solutions to climate change.

The reason this is a solution, is, again, because of consumer demand. There were two studies released in the last year that point to what the demand really could look like — one from the University of Otago [in New Zealand] and one from Mattson, which I mentioned before. Both found that between 55% and 60% of consumers want to buy more upcycled food.

There is also the economic opportunity. Last year, a study came out from Future Market Insights that shows that the size of the economy around reducing food waste is worth about $46 billion. They estimated a 5% compound annual growth rate over the next 10 years. We seek to accelerate that growth dramatically higher than a 5% compound annual growth rate.

The vision we are working towards is that in the not-too-distant future a consumer will be able to walk into a grocery store and fill their entire cart with products that help to reduce food waste, by choosing upcycled alternatives of all the products that they currently buy.

Waste360: What do you wish more people understood about what creates food waste in the first place?

Turner Wyatt: I wish people understood that within every food business operation in the world, there’s some kind of byproduct that goes to waste, whether it’s food that never makes it off the farm or a byproduct from some manufacturing operation. There’s food that gets lost at every stage. And it’s not that the food has less value, necessarily. It’s that our system is currently set up to favor some of the ingredients that come out of that process over others.

Waste360: You worked in food rescue in Boulder and Denver?

Turner Wyatt: Mainly in Denver. Another organization was Fresh Food Connect, which is an organization that I co-founded when I was at Denver Food Rescue. It has a related mission around hyper-localizing our food system and reducing waste by creating a market for backyard, home-grown food.

The way it works is that organizations like Denver Food Rescue use this app to coordinate volunteers to pick up and redistribute home-grown produce that is donated by local gardeners, therefore increasing access to hyper-locally grown, high-quality, healthy fruits and vegetables.

Waste360: You are into endurance sports and outdoor sports. How does food rescue work fit into your ethos about caring for the earth and the environment? You go for quite a long distance, so you spend a lot of time outside, in nature.

Turner Wyatt: Funny you should ask. A couple of months ago, I did a 100-mile foot race. To my knowledge, it was the first 100-miler done where the runner was powered by upcycled food. At the eight stations throughout the race, I had stashed donations of Upcycled Food Association members’ products. I ate them as fuel and food, to sustain me throughout the course of this 32-hour, 100-mile race.

Turner Wyatt: I finished! And I got to enjoy delicious upcycled foods and beverages throughout the race. It was really fun.

Waste360: For people starting out their career, do you feel like food rescue or recovery could be an exciting career path for young people?

Turner Wyatt: I would just expand beyond food rescue and food recovery — I would expand it to all of food waste. The message of the Upcycled Food Association is, if you want to have an impact on the environment, a very wise thing to do is to consider starting or working for an upcycled food business.

There are so many innovations yet to be made and so much room in this space that I think it’s really wise for young people to think about getting into upcycled food especially, but to consider that if they want to have the biggest impact on the environment possible, they should focus their energy on the most effective solution, which is reducing food waste. At the end of the day, it doesn’t matter how you do it, just as long as we get our food waste to zero.

Did you know you can see Turner Wyatt speaking at WasteExpo Together Online’s Rising Leaders Talk Trashsession? See details and register today.