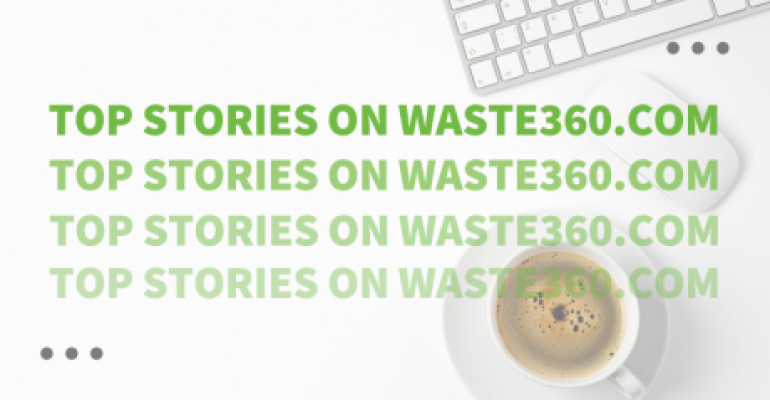 Why is there so much litter, and how can waste systems become more circular to address the trash that appears on streets and in oceans? This week Waste360 readers heard about what it takes to be a climate change warrior, what can be done to reduce recycling contamination and more.

Meet Neil Smith, CEO of Vanguard Renewables, a leading company in the development of organics-to-renewable energy projects. In this NothingWasted! episode, we spoke with Smith about renewable agriculture, the power of partnerships, Vanguard’s expansion plans, and more.

Listen to the podcast

On this week's episode of Unpacking Recycling with Charlotte, watch as Charlotte talks about why we have so much litter, where it comes from, what is it made of, what are cities doing about it, and so much more!

Urban forests - street trees, municipal parks - in the United States are estimated to span 51.5 million hectares of land and hold 800 million metric tons of carbon. In a new study published in One Earth and funded by Yale University and the US National Science Foundation, scientists examined the economic benefits of creating circular systems for urban biomass.

Several years ago, Peter Wang Hjemdahl and two of his colleagues visited the Deonar landfill in Mumbai, India. On one side, they saw enormous mountains of waste. On the other side was the skyline of Mumbai’s thriving financial district.

The world may never reach zero waste, especially as production and consumption of convenient consumer products and their packaging surges. But a couple of guys in British Columbia are giving their best shot at eliminating a sizable chunk of that trash, focusing on household cleaning products, an approximate $248 billion industry.