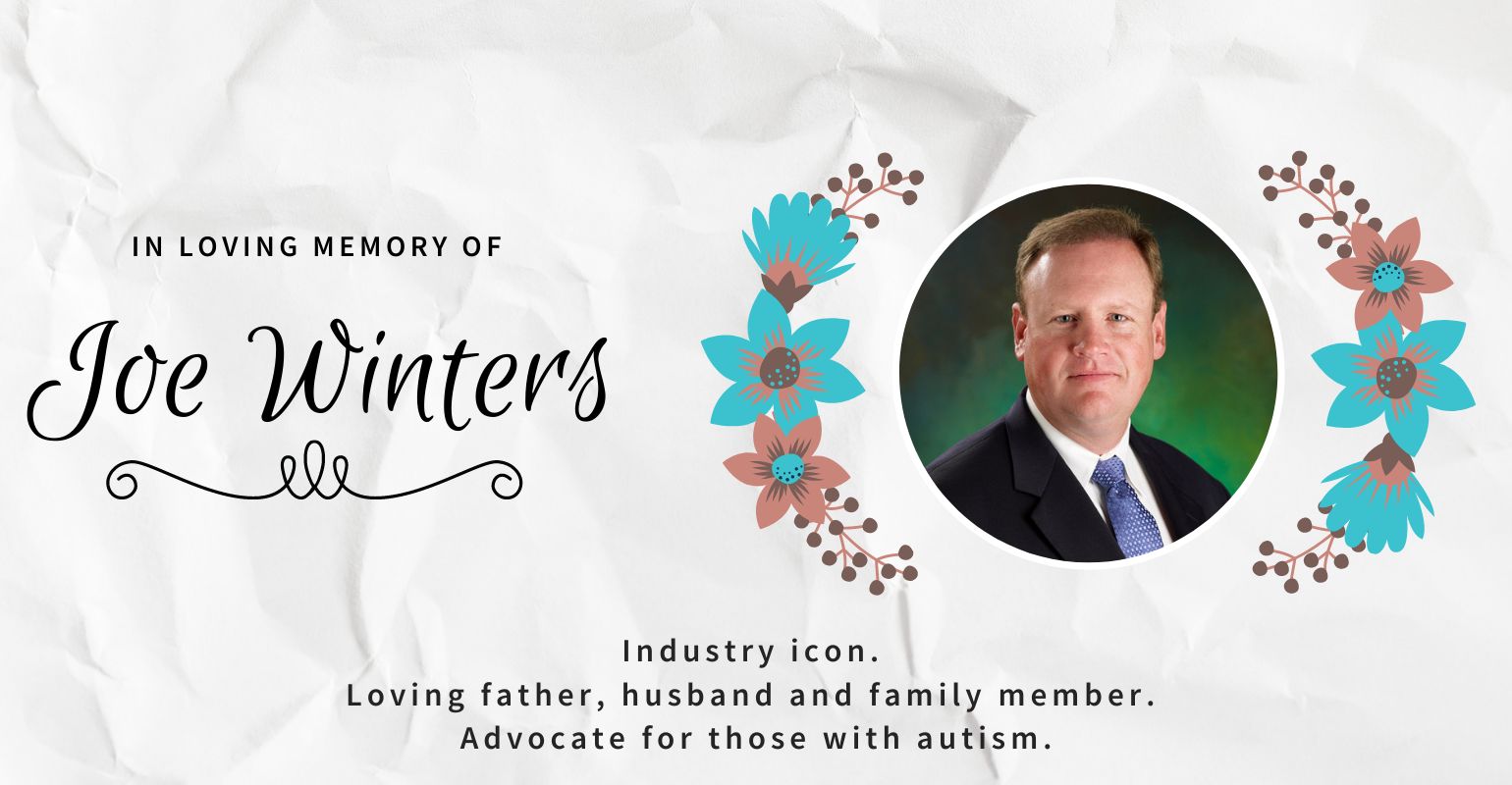 Earlier this week, the waste industry learned of the passing of Joe Winters, CEO of Winters Bros. Waste Systems, from COVID-19 on Tuesday, Jan. 5.

Winters left a legacy both in waste and recycling and his Long Island, NY community, devoting countless hours to individual with autism. Prior to joining his family business, Winters enjoyed a professional boxing career, participating in multiple fights at Madison Square Garden in New York City and Caesars Palace in Las Vegas.

Family, friends and others who knew Winters shared their condolences and memories, demonstrating the lasting impact his left on those around him.

Darrell Smith, President and CEO, NWRA: Mr. Winters was a genuine and kind human being. When you met him, you knew instantly that he was a good man. He was very kind to me when I first entered the industry. He was also a great and supportive member of the waste industry’s trade association, NWRA.

David Biderman, Executive Director and CEO, SWANA: Joe Winters was a great industry leader and a friend. My deepest condolences to his family and to the terrific men and women at Winters Brothers.

Jimmy Winters, Brother and Co-Owner, Winters Bros: My brother was the most dedicated, hardworking individual I knew and that showed in every aspect of his life both personally and professionally. His commitment to improving our region for the betterment of future generations coupled with his passion for helping others, leaves behind an everlasting legacy that our family is extremely proud of and one we will continue in his memory.

Sean Winters, Brother and Co-Owner, Winters Bros.: Joe’s efforts were tireless and his drive was never ending when it came to improving the lives of those around him. The spirit of his work and passion survives not only in the culture he helped to create at Winters Bros. Inc., but also in important projects and initiatives dear to his heart.”

Marc E. Spigel, Founder, Rubicon (via @MarcESpigel on Twitter): Very sad to hear the news that Joe Winters passed away due to Covid19. For those that don't know, the Winters family has long been a staple in the Long Island waste industry. The industry lost a good guy!

Clairvest Group Inc:  Clairvest had the honor to partner with Joe Winters and his family in three separate waste management businesses over the last 15 years and support the growth of the companies he led. It was a privilege to know him and witness his unwavering commitment to his customers and employees, and his care, loyalty, and generosity toward his community and family. His energy, passion and vision have left a lasting impression on all of those who have been part of his personal and professional circles.

We are grateful to have had the opportunity to invest with and work beside this exceptional leader and business builder. Our thoughts and prayers go out to Joe’s wife Michelle, his sons Patrick and Sean, the entire Winters’ family and the employees of Winters Bros. Waste Systems.

LifeSWORC (via @LifeSWORC on Twitter): We are deeply saddened by the passing of Joe Winters, head of Winters Bros. Waste Systems. Joe was a valued friend and generous supporter of Life’s WORC and its mission. Our hearts go out to his wife Michelle and his sons Patrick and Sean. Joe will be sorely missed.

Lou DiBella, President DiBella Entertainment (via @LouDiBella on Twitter): A healthy, athletic man, a husband, a father, a brilliant, self made businessman, an iconic son of #LongIsland, a former pro fighter, a #boxing guy, a philanthropist dedicated to #autismawareness ... Joe Winters was a dear friend who I loved and admired. My thoughts and prayers are with Michelle, Pat and Sean, who he loved and treasured, his @WintersBrosNY family, and all touched by this great man. Joe Winters leaves a legacy of accomplishment, generosity, charity and vision. I’ll miss him. Rest In Peace and Power, Joey.

Liz Bothwell, Head of Content, Waste360: "The Waste360 team was shocked and saddened to hear about Joe. He brought kindness and energy to every session, interview and conversation we’ve had with him over the years. We’re sending our thoughts and prayers to his family, friends and all of those at Winters Bros.”