HomeWasteThe Psychology of Littering
Recent
Machinex Upgrades West County Resource Recovery in California
May 27, 2022
EREF Hosts Record-Breaking Charitable Auction, Proceeds Directly Support Scholarships and Scientific Research
May 27, 2022
This Week in Waste: Top Stories May 23 - May 28
May 27, 2022
Landfill Emissions Measurement: What We Know, What We Need to Know
May 27, 2022
POLL
SWANA & Oceans Caucus Foundation Host Congressional Briefing on Recycling
May 27, 2022
Collaboration Leads the Way in Connecticut to New Extended Producer Responsibility Law for Management of Discarded Residential Gas Cylinders
May 27, 2022
An Uber-Style Service for Curbside Recycling
May 26, 2022
S&B Selected as Contractor for New Hope Energy’s Advanced Plastics Recycling Unit
May 26, 2022

The Psychology of Littering 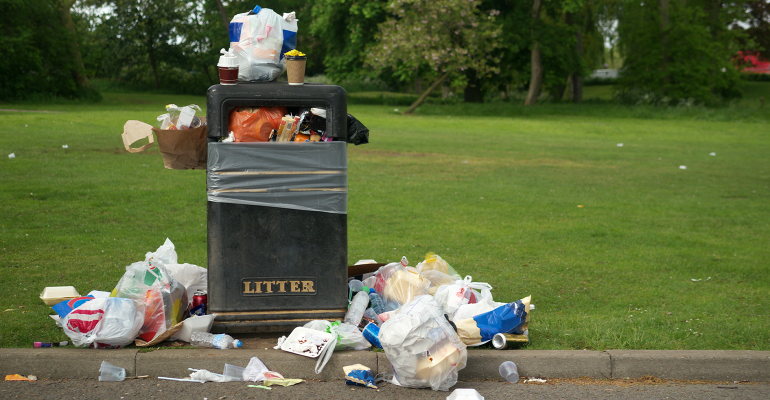 By now antilittering campaigns, like the one with the iconic tear, tell people nothing they don’t know, and rarely change behavior, says Wesley Schultz, a professor of psychology at California State University, San Marcos. Certain demographics in particular still throw trash where it doesn’t belong, namely people under age 30 and, by some studies, males, but Schultz believes pointing to demographics masks the bigger picture answers to why people litter.

It’s been 50 years since billboards popped up nationwide with a still unforgettable, bigger-than-life image of an American Indian shedding a single tear. A televised public service announcement told more of the story of “Iron Eyes Cody.” He glides a canoe through pristine water, but it becomes filthy as he goes further.  Later he walks along a highway, and a passing motorist tosses trash from a window, landing at Iron Eyes’ moccasins. That’s when the tear comes. The message was clear: Litterers degrade land and water that others have long respected and protected.

It was a wakeup call, reinforcing that littering, once a social norm, was no longer acceptable. Yet as recently as 2020 a Keep America Beautiful (KAB) study estimated about 50 billion pieces of litter sprawl U.S. roads. That’s over 2,000 pieces of trash per mile, many which make their way to water bodies, threatening marine life and contaminating seafood. The unnerving stat actually represents a 54% litter reduction in the past decade.

So, it’s still a big problem, but something seems to be driving behavior change. What’s working and what will it take to push the numbers further down?

By now antilittering campaigns, like the one with the iconic tear, tell people nothing they don’t know, and rarely change behavior, says Wesley Schultz, a professor of psychology at California State University, San Marcos.

Certain demographics in particular still throw trash where it doesn’t belong, namely people under age 30 and, by some studies, males, but Schultz believes pointing to demographics masks the bigger picture answers to why people litter.

“It highlights looking at the person as the problem. It infers they do not care. People in general believe littering is wrong [and 90% of Americans agree litter is a problem]. They want to dispose trash properly. That being said, behavior is changeable,” he says.

Data consistently show transformation is achievable by focusing on what researchers call “local context”—variables like existing litter in peoples’ environments and accessibility of collection receptacles.

“So, you need to take existing beliefs and activate them through these types of local context to make disposal easier and more convenient and make it a default behavior,” Schultz says.

He points to a study he led where he and his colleagues watched about 9,700 people move through public spaces in 10 states to see who littered, where and when.

They looked at litter in general but focused heavily on a subset of people who smoke, as cigarette butts are the most littered item in the world.

They found: a 17% littering rate in general; a 65% cigarette butt litter rate in smokers; and from their observations noted 81% of littering was intentional for all groups.

In continued observations they found receptacle placement was important.

The litter rate was 12% with the cigarette disposal stands placed within 20 feet of where people most frequently litter. And it was 30% at 21 to 60 feet.

With litter in general number of receptacles and their placement were also key, though improvements in this less-prevalent problem were not as dramatic.

Using what they learned, they placed receptacles in easily accessible places and took another step: they cleaned up these public spaces, finding this further boosted results. This works, Schultz theorizes, because reducing litter communicates a social norm.

“We are attentive to social norms and do not want to be that one person who violates them. Keeping the space clean reinforces that norm. I think that transcends demographics,” he says.

When he and his co-authors later coupled a simple, positive message  with the two other strategies, they saw another bump, though slight.

“The clearest finding from these studies is that enhancing convenience of proper disposal is the most effective strategy. But research consistently shows that all three factors—receptacle accessibility, existing litter, and clear, positive messaging—influence any littering type,” he says.

The national nonprofit also puts stock in general population education campaigns adopted by state and local departments of transportation, tourism, environmental protection, or economic development, particularly when they focus on the beauty and pride of their communities and when they engage neighbors in local cleanups. Though these initiatives are not a quick fix; they take time to bring about change.

Consistent with Schultz and KAB’s observations, a survey by Alice Ferguson Foundation, an environmental education and advocacy organization, found people litter more where it already exists or where they have no sense of neighborhood pride. But respondents said they would not litter in certain places, like the National Mall, a worship house, or school

Theses are the top three statements (in order) that participants said would motivate them to not litter:

1.Trash and litter attract rats and other animals that carry disease.

3.By taking care of trash you protect your family’s health and safety today and in the future.

In the UK, sustainability charity Hubbub tested some out-of-the-box methods on one of London’s busiest streets, known to have a trash problem. The concepts were designed to draw attention, engage, and entertain, like bins that burp, belt out wicked laughs, and make other odd noises when pedestrians drop in trash.

But the real attention grabber was a “voting ash tray” or ballot box. Smokers were asked questions, like, “What’s better, lager or ale?” Or “Who’s the best football player in the world, “Ronaldo or Messi”?

The ballot box had two slots, each that displays an answer. Smokers voted by dropping their butts in the slot with their preferred choice.

The campaign went viral, almost immediately reaching six million internet surfers, and the ballot box has since been replicated in other countries, reportedly reducing litter by up to 46%. People seem to like answering questions about what most interests them, even if they have nothing to do with litter, and in the process, help clean up streets.

Whether lured by fun or novel concepts or not, people in general seem okay with doing the right thing. As long as it doesn’t upset their daily lives. If they see their neighbors doing it. And if they are reminded: we’re trending in a good direction; litter rates are declining some.

Tackling this long-acknowledged problem is about understanding the psychology of littering. And using that understanding to motivate change rather than pay more (in monetary and environmental costs) to manage trash later.