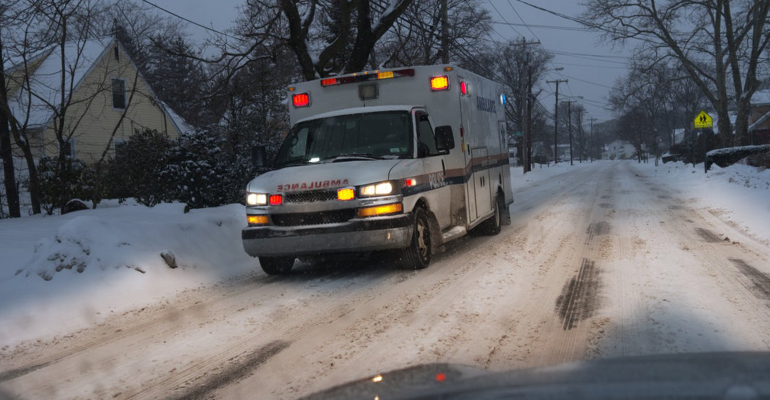 A sanitation worker for Ecology Service Recycle Disposal died on Monday while completing a route in Frederick, Md.

Mark Steven Williams, 64, was riding on the back of a recycling truck when the driver lost control on an icy road at a curve. As the truck flipped, Williams became pinned underneath it. Emergency responders pronounced him dead at the scene.

The driver and a passenger inside the truck both left with "minor injuries", according to news reports.