How Kristian Buur Catapulted Bramidan into the U.S. Market 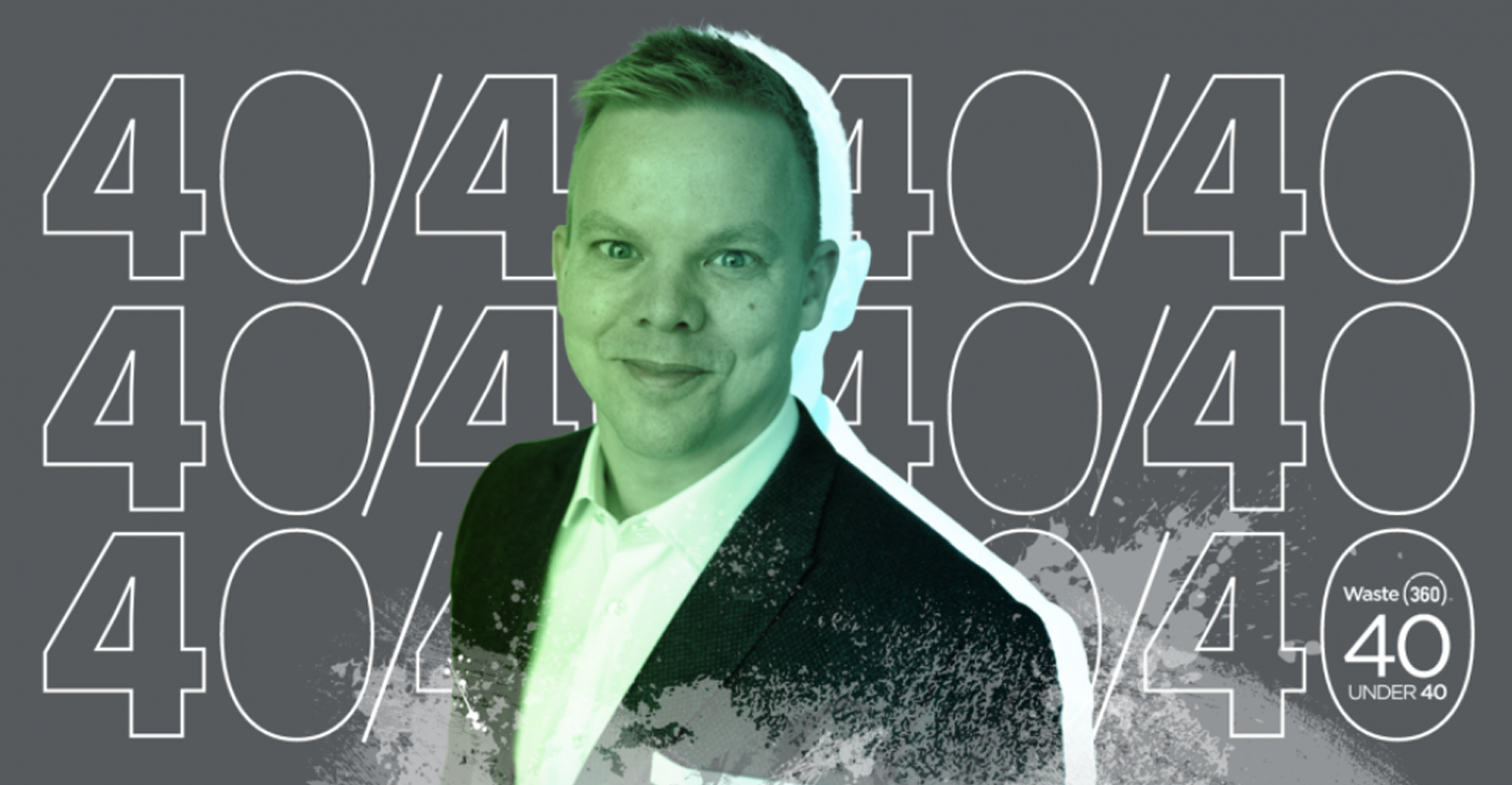 Back in 2007, Kristian Buur was at a crossroads: complete his final semester of college or take an internship with the Danish Consulate in Chicago.

The Waste360 40 Under 40 winner chose the latter, jumpstarting his international business career by taking a role in which he assisted Danish companies with entering the U.S. market.

One of those companies was baler and compactor manufacturer Bramidan, where Burr currently leads as president of the company's U.S. division.

"At that point, Bramidan had never really sold any equipment to the U.S. So we did a site survey, we figured out technical requirements and started talking a little bit with some dealers and distributors and finding out what their needs and wishes were and what the potential was," he explains. "Upon completion of that project, they offered me to be to run the U.S. office afterwards. Before starting the job, I didn't have any experience with the with pretty much with the waste industry, with balers or contractors for that matter. I was pretty green I started."

Buur discusses how he catapulted Bramidan into the U.S. market, how he has seen the industry change and what he looks forward to in the future.

Waste360: How did you gain that knowledge that you needed to be able to succeed?

Buur: I was very lucky with some of the guys I stumbled upon, and being really young, that helped me through this industry. I say there are people not only here in Chicago that helped me a lot. After that, it's just a lot of work to understand really how it works and what is needed.  That's when we really started with the analysis for Bramidan. We have some of the same distributors now that we spoke to back then when I was at the consulate. All of those guys have helped me tremendously throughout the years to get Bramidan established to what it is today. I mean, from a business perspective, a lot of them helped me understand how business is done in the U.S. and then probably more so from a technical perspective. A lot of mentors and coaches and people have helped me along the way. It's a good industry to be in. There are a lot of nice people that have helped get things going and teach me what I know today.

Waste360: You mentioned bringing this business to the U.S. Were there any particular challenges that you faced?

Buur: When I started out with Bramidan, they were and are still one of the largest manufacturers of vertical balers. Globally, we make close to 100 balers every week. So, we're a fairly decent-sized manufacturer. But things are just done very differently in the U.S. The size of the balers are typically different in Europe. They normally like a 48-inch baler. The balers here in the US are 60 inches. So when we started out, we didn't have that machine. For the first couple of years, we literally didn't have the product that was in demand. Internally, there was some politics to get R&D to create that machine that is now the most sold machine we have in the U.S. We had to do a lot of things to change our product program pretty much to fit U.S. needs. That was probably one of the biggest initial obstacles.

The second obstacle for us was we have a very good name with the rest of the world, but in the U.S. no one knew who we were. No one had a clue. The first year we were in business, we sold two balers and we pretty much gave them away at cost. Now, we sell somewhere around 500 balers every year.

Waste360: How would you say the industry has changed since you started with your career?

Buur: When I started, the big thing was single-stream recycling, and that seems to be not moving backwards, but there's a little less in focus than there was back then. People are now starting to have a little more focus on getting clean materials, which means that you have to decentralize your baling. If you decentralize your baling, you don't have all the commodities mixed together. That later becomes contaminated material. So, I feel like the industry is moving back more into decentralized baling versus what was done back then. It had moved into centralized - picking up loose material, bring everything back to to a big MRF and bale it. And you still do all the sorting, but I think people are starting to realize the value of very clean material which you get when you bale at a small company as opposed to bringing all your stuff back to a place to then be sorted out. I'd say that's one of the biggest things for us, at least in the recycling side of things. Waste is a little bit different; it's an old school industry. There are a lot of things that are done the same way that they were probably 40-50 years ago.

Waste360: What are you looking forward to in the future?

Buur: We have some very cool new technologies coming out, a lot of IoT products that monitor and help people get data out of their out of their commodities - how many bales have been made, where have they made them, where are they, what can they do with them and track that and make sure that people optimize the way they pick up their bales. There's a lot of data coming out not only on balers but on compactors and on fleets. We have some fleet monitoring systems that also make it easier for people to do route management. I hope this industry gets even more technologically advanced to optimize all the fleets and understand the data that lies behind all the recycling.