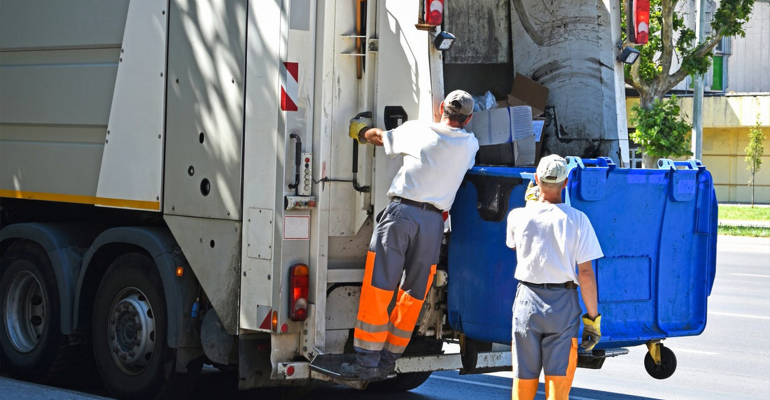 A second chance could mean the world to those who need it. Michael O' Connor is the former owner and managing partner of Premier Waste Services, which was acquired by Waste Connections in April 2021. From trouble to trash, he has worked the ranks from the back of a sanitation truck to operations. A second chance gave him the opportunity to join an industry in which his talents shine. Here is his story.

A second chance could come unexpectedly to those who need it, and it could mean the world.

In 1978, at 23 years old, actor Tim Allen pleaded guilty to felony drug trafficking charges after agents recovered more than a pound of cocaine he attempted to traffic at a Michigan airport, but those who are familiar with his memorable roles in Home Improvement, Last Man Standing and Toy Story wouldn't see Allen in the same light today.

Following the plea deal to avoid a potential life sentence, Allen entered the comedy scene in Detroit and the rest is history.

Industry veterans Larry Henk, Vice President, Rio Grande Waste Services; Willie Goode,CEO, The Goode Companies Inc. and Michael O' Connor, Managing Consultant, PWS Consulting Group, recently chatted with Waste360 about how, while their individual journeys in the industry were distinct, their successes were realized with a shared drive and passion inherent in entrepreneurs throughout the United States.

O' Connor is the former owner and managing partner of Premier Waste Services, which was acquired by Waste Connections in April 2021. From trouble to trash, he has worked the ranks from the back of a sanitation truck to operations. A second chance gave him the opportunity to join an industry in which his talents shine. Here is his story.

Waste360:  How did you get into the waste industry?

O'Connor: I got in the industry a little over 25 years ago working for a small independent company in Phoenix, Ariz. that was acquired by Allied Waste, which at the time was was was a very small company as well. Over the next few years. I wanted to learn every line of the business - front load, roll off, side loads, maintenance. In over the next 10 plus years, I absorbed and learned as much as I could. In 2006, I was given the opportunity of a lifetime to put those skills to work and and see if I really knew what I was doing. Lucky for me, I was with a great group of people that knew a lot more about what to do, and it helped guide me around. And we built a very successful company here in Phoenix that we sold about a year ago, and the biggest thing is had fun the entire way.

Waste360: What was the biggest obstacle you have faced and how did you overcome it?

O'Connor: I started off my career a couple of steps behind everybody I had. I had gotten myself in some trouble when I was 16. I sold some drugs to an undercover agent and got sentenced to prison. I got tried as an adult. So when I got out, I had a couple of felonies and just knew that I always had to be better than the next guy because, if they were looking at us side by side, I came with a little bit of baggage. The person next to me possibly didn't. So, I always needed to be just a step ahead of everybody else. And this is as you're trying to learn everything. That was an obstacle.

To know what I don't know, and then being okay with it, was an obstacle when we started Premier Waste, I would get my to-do list and say here's what I gotta do, and I'm working on it for the day. I put in 13-14 hour days and at the end of the day, I mean, you're whooped mentally, physically. You're just tired. And I look back at the list and I maybe got two things done, but then I have four more on it. You almost start to feel this level of defeat, that I gotta figure out how to do more. I need to clone myself.

I need to and I am learning how to come to grips with never having that list done. It's always gonna be there and and it's okay to get up and and work as hard as you can on that list, and it'll still be there waiting for you tomorrow. But also understanding what I didn't know and again, being okay with it. Nobody knows everything; they're learning as they go. It's tough to come to grips with that because you want to engage and have the idea that you do know everything but you never really do.

Waste360: What challenges do you see currently impacting the waste and recycling industry?

O'Connor: Personal vehicles are just as challenging to get right now. I think by July of 2021, the entire year for every truck manufacturer for 2022 was completely sold out. And here we are in  April of '22 and it wouldn't shock me if somebody told me all of the truck allocation for '23 was completely spoken for. It's gonna take some time to crawl out of this hole.

Part of the shortage on trucks is because [manufacturers] like Peterbilt cut the production to 50 percent because they couldn't get chips. Chips and other instruments that go into the truck. I'm sure they're they're having trouble sourcing everything - like steel to  give you an example. And this is just an our market. Every market is different. But here, going back two years ago, we were paying right around $5,500 for a rectangle, 40-yard dumpster that was heavy-duty built. That container today would be in the $11,000-$12,000 range. It completely doubled. I mean, that's it's just unbelievable. I I never thought there would be a $12,000 dumpster in my entire lifetime, let alone right in the middle of 2022. I don't see that really going anywhere just yet. There's a lot of factors to it, and they don't seem to be moving very fast at all. And the labor shortage, you know, a lot of folks look at driving a garbage truck as "lesser than."

Goode, Henk and O'Connor will be sharing their stories at WasteExpo, May 9-12, 2022 in Las Vegas during the session "NothingWasted! Unique Beginnings."