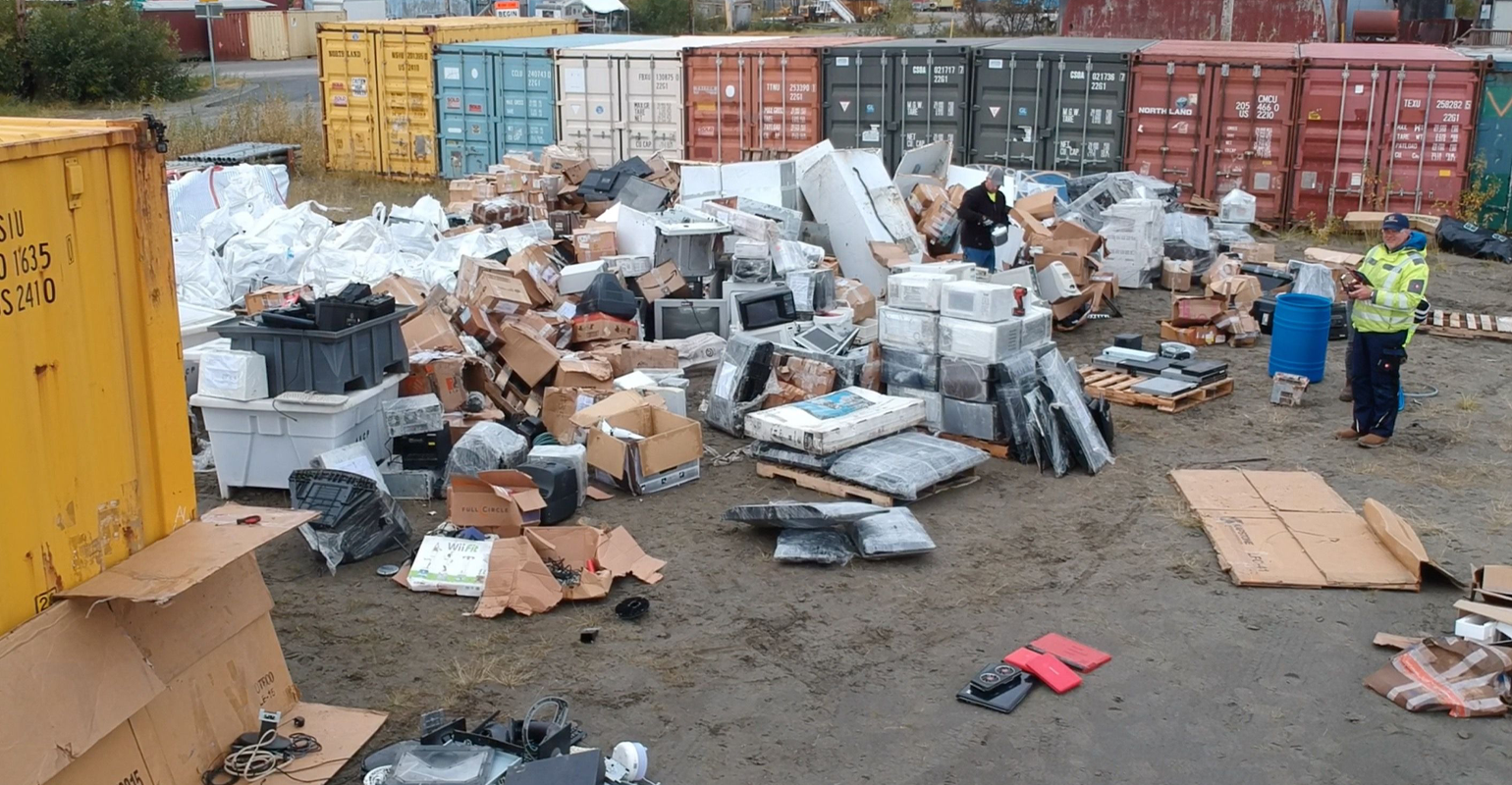 Alaska is set somewhat in a world of its own when it comes to its geography, and it’s also set apart in how it manages solid waste, largely because of that unique landscape.

The far northwest state is two and a half times larger than Texas but has a population of less than 750,000, translating to about 1.3 people per square mile. Nearly a third of Alaskans live in rural communities with no access to the state’s few and distant lined, class 1 landfills and depend on unlined sites to dispose of their waste, though they and operators are supported by Alaska’s Department of Environmental Conservation (ADEC), as well as by consultants and trained tribal communities who work with ADEC.

“Our regulations do not require them to be lined because these communities are remote and it’s not financially or technically feasible to line them. It would be expensive to get materials to build, operate, and maintain lined landfills. Also, we are talking about populations of less than 1,000 in a community, sometimes only 200 individuals, without road connections to larger communities,” says Bob Blankenburg, Solid Waste and Pesticides program manager for Alaska Department of Environmental Conservation.

These areas may generate less than five tons of waste a day. So, says Blankenburg, “It is manageable with certain guidelines and by segregating the worst stuff. It’s the best that can be done with the resources that are available, and we are trying to get them to a level of compliance that’s protective of public health and environment.”

Unlined disposal sites are required to be permitted, but the state regulatory program has variances from federal Environmental Protection Agency (EPA) regulations, and permit requirements vary by design and operations. For instance, if they burn waste there are conditions related to how they do it. The permit lays out site-specific operation plans around controlling leachate seeps, dealing with honey buckets, animal carcasses, and lead acid batteries, among focuses.

The agency works with private companies who use a curriculum of Alaska’s chapter of the Solid Waste Association of North America (SWANA) to train landfill operators. Some of these consultants also host collection events where they not only pick up waste types that don’t belong on disposal sites, but teach communities how and why to manage their trash and recyclables.

Doug Huntman, owner of Environmental Services Delta Backhaul Company, is one of those consultants. He works with local Indian General Assistance Program coordinators (IGAP) who are part of the communities’ tribes. With funding from the U.S. EPA, IGAP coordinators are trained in operations and regulations around handling waste.

IGAP coordinators hire Huntman for backhaul collection events, and work with him on landfill cleanup projects and outreach. He also works with them on conducting landfill operator trainings.

The backhaul events specifically to collect household hazardous wastes (HHW), sponsored by a private company called Donlin Gold Mine, are big. Huntman does most of them in the Yukon-Kuskokwim Delta, a region about 400 miles west of Anchorage with 56 small villages spread over 50,000 square miles. They have no road connections to one another.

“So, in the winter we drive over iced river roads. In the summer when the ice melts, we take boats. Once we’re on shore, we unload our equipment on a front loader and drive to a community center or gym to host these events,” Huntman says.

They are free for residents, and actually have a twofold focus: collection and outreach.

Huntman sets up a day ahead of the activities. He, his staff, and volunteers from the community collect, consolidate, and containerize or palletize materials for barges to pick up and send for recycling in Seattle. On day three they wrap up, then move on to the next community.

“We try and create a festival atmosphere to make these occasions fun while showing citizens the value in some of the materials they bring in and the importance of separating them, not only to recover that value but to divert from landfill and protect drinking water,” Huntman says.

They do door prizes, and in the summer, they pitch tents and grill hotdogs. In the winter they bring fruits, an uncommon perk in cold weather as they are very expensive to import.

“We are trying to encourage people not just to bring material to drop off, but to come and talk to us,” Huntman says, adding 50 to 100 people typically show up with their discards, to learn, and to “hang out.”

Local organizations set up booths where they hand out educational materials and answer questions. Among them are Alaskans for Litter Prevention and Recycling, the University of Washington, the University of Alaska, and ADEC. They teach about green cleaning products, indoor air quality, how to deal with HHW, and how to recycle, among topics.

To maximize materials capture, Huntman works with volunteers, going house to house in the boardwalk communities [residents drive on boardwalks].

“We go out to these villages, load their larger items on a flatbed trailer pulled by a four-wheeler, and we bring them to the event,” he says.

Education has been a big challenge and priority, and perhaps the area where Jacobson has seen the most improvement since he began his former job with U.S. EPA, working with tribes to improve their solid waste management practices.

“When I started with EPA in 2006, I was shocked because solid waste management was open burning, open dumping, no separation of household hazardous waste from municipal solid waste, and no compaction, consolidation, or cover,” Jacobson recalls.

Alongside these conditions, the waste stream was changing and has continued to. Now Alaskan tribes have snow machines, four wheelers, used oil and gasoline, and a lot of tires. Jacobson and Hartman teach them how to manage these materials at end of life. They teach alternatives to burning and find ways to help them improve operations within their budgets, for instance leading them to sellers of used equipment.

While Alaskan’s knowledge and experience are improving, other barriers are harder to overcome, such as those brought on by climate. There are several distinct climactic regions, from very rainy to areas with permafrost where the ground is always frozen.

These different climates change the dynamics around proper disposal. For instance, in the tundras which is the Yukon-Kuskokwim Delta area, the ground is always saturated, so pads must be built as barriers between waste and groundwater. In the permafrost area the landfill floor must be built in a way where the permafrost does not melt in order to protect groundwater.

By 2016, after the government and consultants had worked for a decade with the tribes, Alaska had better landfills and better outreach.

“This big push for backhauling continues in order to get stuff with no business going into the ground out of the landfill. Also, when I started, 50 of the 180-plus landfills were permitted and now over 85 percent of them are,” Jacobson says.

A tool leveraged to provide the technical support is a waste management scoring card created by ADEC to rate 35 aspects of landfill operations.

“For each aspect we provide guidelines on best practices to increase their score.  We let them know what they need to work on based on our inspection findings using this score card, which is also available to operators to do a self-assessment,” Blankenburg says.

“[We provide such support because] the ADEC Solid Waste program believes that it is critical that landfill operators receive the knowledge and tools to effectively manage small landfills to ensure the protection of public health and the environment in rural Alaska,” Blankenship says.