Aiming for Zero Waste: Beware the Intersection Between Goals and Accounting (Commentary) 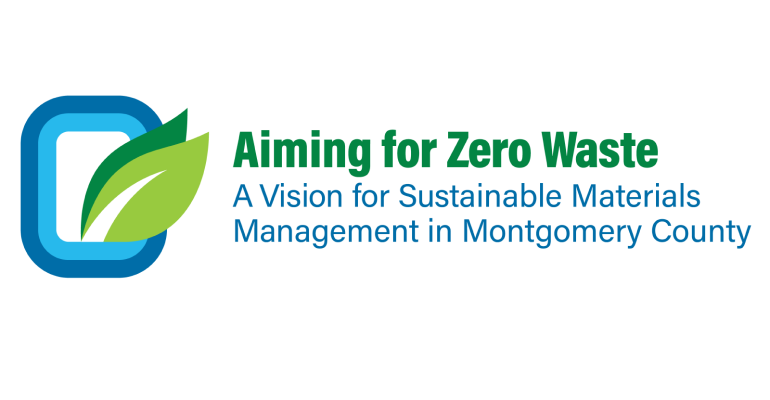 Who doesn’t like the idea of zero waste? After all, waste is a cost, not an asset. Worse yet, if improperly handled, it can be an environmental burden. That makes eliminating waste an entirely reasonable idea. Yet, as my experience on a county task force showed, getting to zero waste is easier said than done.

For a good chunk of the last two years, I was a member of the Montgomery County, Md., Aiming for Zero Waste Task Force. The County Executive appointed our group of seven in 2018 to advise the Department of Environmental Protection on revisions to the solid waste plan. Montgomery County is immediately north of Washington, D.C. We are Maryland’s largest county with more than one million residents. The county manages recycling, composting, waste collection and disposal at a waste-to-energy facility for most of its residential population and businesses.

Our official name was bureaucratic and clunky. Fortunately, during one of our first meetings, we came up with “Aiming for Zero Waste” as our slogan.  It became the name of our website and our focus.

HDR Inc. was the consulting firm hired to research and draft the county plan. One of its first tasks was to benchmark our county’s recycling program against five of the best recycling programs in North America. The task force chose Austin, Texas; King County, Wash.; Minneapolis, Minnesota; San Francisco, Calif.; and Toronto, Canada’s largest city, as our benchmark cities.

In order to accurately compare these programs, the consultant used Maryland’s recycling rate methodology. This showed one of the problems of comparing recycling rates. Under certain conditions, Maryland allows a county to include ash from a waste-to-energy facility in its recycling rate. It also allows up to five percentage points for source reduction activities in calculating a county’s diversion rate. Both approaches are uncommon in other states. Creating an apples-to-apples comparison was challenging, but gave us the analysis we needed.

The results were revealing. At slightly less than 60 percent, only King County had a recycling rate higher than 50 percent. The other four programs ranged from 45 to 48 percent.

I had several takeaways from the benchmarking exercise. The first is that before any of us cite recycling rates, we need to find out how they are calculated. As a friend of mine likes to say, the only thing wrong with recycling rates is the numerator and the denominator.

Any recycling rate claimed to be above 50 percent needs to be carefully scrutinized to determine exactly how it was calculated. For instance, is the data limited to municipal solid waste or does it include other waste streams? Does it cover all residential, multifamily and commercial waste or just residential? How is recycling defined? Diversion rates are even more challenging because they often fail to show a direct connection between what is actually recycled and what goes to disposal.

The second is that getting to 50 percent is hard. Getting above it is even harder. Our five benchmark communities have well known, highly respected recycling programs. Only one got above 50 percent.

The third problem is what I call inflation by definition. Touting numbers that may reflect state law is all fine and dandy. But if they don’t reflect the reality of what a recycling program actually does, versus what it says it does, that local government is probably sending more material to disposal than it is willing to admit. Sooner or later it will have to face the music.

These takeaways should also be applied to recycling rates claimed in other countries and for materials or products. Trust but verify. Always look for the little man behind the curtain before you accept a claimed recycling rate.

I am proud of the work done by the task force. We came up with a solid set of recommendations (https://www.montgomerycountymd.gov/SWS/Resources/Files/master-plan/task-force-recommendations.pdf) that could put us on par with King County. Even with the impact of the pandemic on the county budget, our immediate budgetary requests were approved by the county council for the fiscal year that begins July 1. We have outstanding staff in our solid waste and recycling department. With an expansion into countywide food waste recovery, improved education and, I hope, a new, world class material recovery facility (MRF), we will continue to be one of America’s outstanding recycling programs.