Zero Waste for the Rest of Us 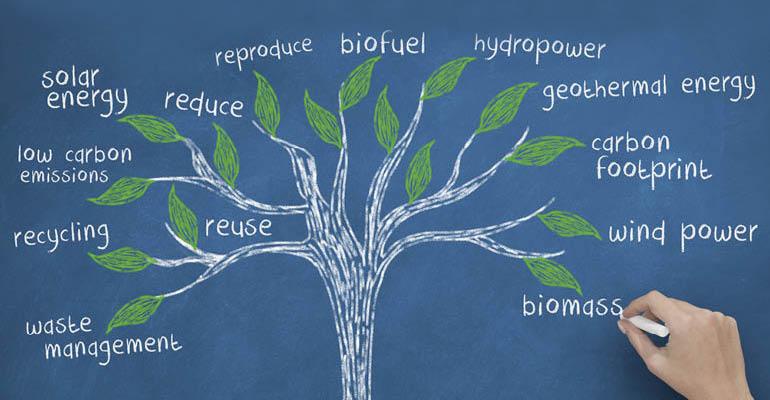 What does the road to zero waste look like where state-level support isn’t realistically on the wish list?

To date, 34 states have product stewardship policies. Meanwhile 22 states require at least one material to be recycled. And 20 states ban yard waste from the landfill. These are strong signs of progress toward zero waste and a circular economy. But if you map out where action like this is happening, it’s largely on the East and West Coasts, with some in-roads to the Midwest and Mid-Atlantic. Even households on the coasts recycle significantly more pounds per person than in the middle of the country.

States play a valuable role, not just in adopting policies, but also in facilitating partnerships, creating funding opportunities and educational messages, and providing data and research. But for those of us between coasts, there’s a painfully large void of state leadership when it comes to recycling. It’s not a coincidence that we’re also the ones lagging behind when it comes to zero waste policies, programs and infrastructure.

Landfills are cheap and land is more plentiful away from the East and West Coasts, so yes, that certainly isn’t working in our favor. But the real reason we are more “zero waste-challenged” may have more to do with the political atmosphere: it’s the Wild West, and the reigning political attitude—and even the culture—when it comes to trash and many other issues is to not interfere with the free market and keep government hands-off. Given that, what does the path to zero waste look like for the rest of us?

Colorado is a prime case in point where the free market isn’t serving our zero waste needs. Colorado has a dismal statewide recycling rate of 12 percent, compared to the national average of 35 percent. We are one of only 12 states that has never set a recycling goal, even a voluntary one.

This past legislative session, our state recycling organization ran a bill to improve how we collect recycling and MSW data so we can eventually set statewide goals. We knew going in to the session that the organization of counties would not support mandatory reporting, so we set up a voluntary reporting process. The counties opposed even a voluntary measure, pushing back against state oversight and control, and that alone killed the bill.

That recent experience sums up where we are stuck as a state: We can’t even politely ask for (let alone require) better data. We can’t set goals. We can’t require local governments to enact programs. We can’t spend more state money on recycling. Sound familiar to any others of you in the Southeast, Midwest or Rocky Mountains? 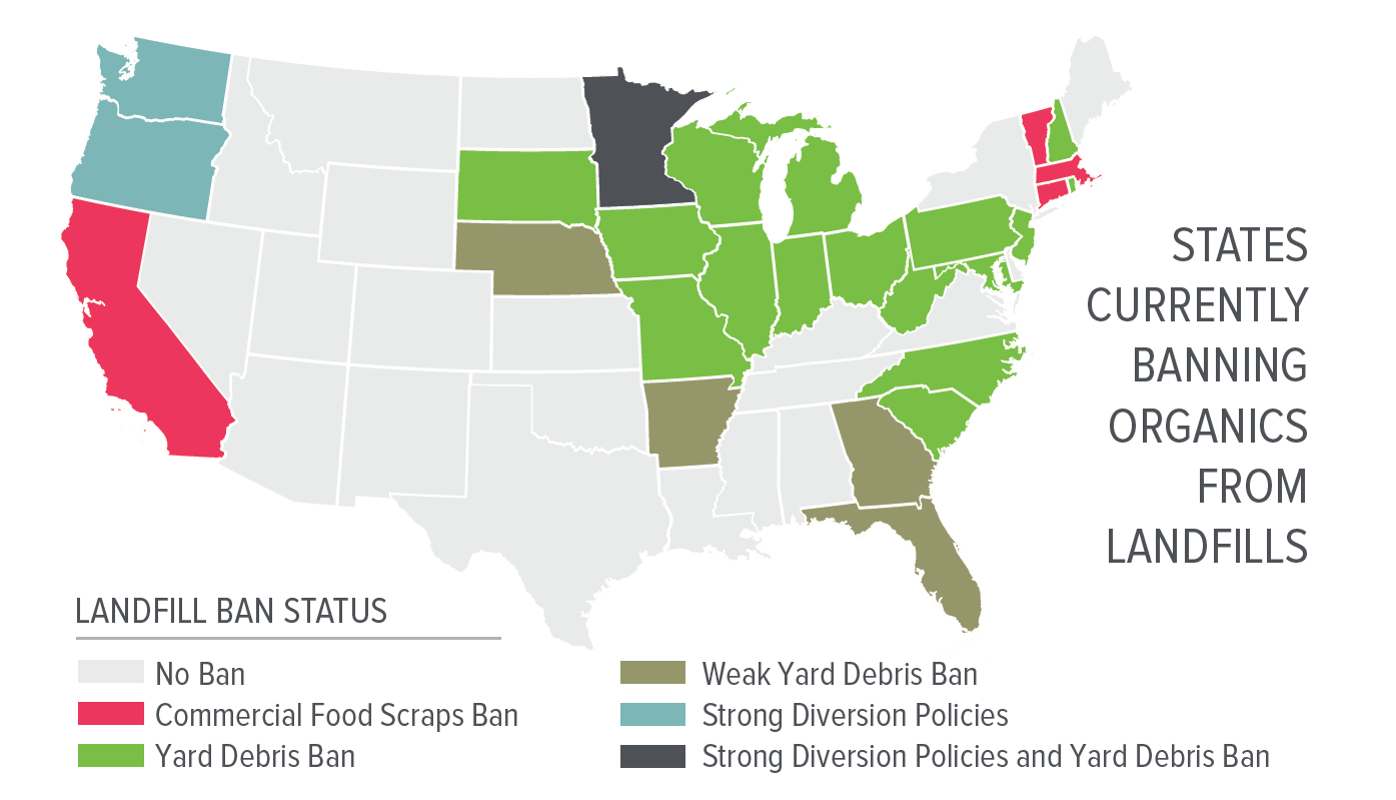 Maps of state-level recycling and composting policies, such as this one on organics policies, show a common trend: Strong action on East and West Coasts, with varying degrees of adoption in Midwest and Mid-Atlantic, but large gaps across the south and middle of the country. Graphic courtesy of RRS.

The strategy for the “zero waste challenged”

So what does the road to zero waste look like for the rest of us where state-level support isn’t realistically on the wish list?

Fortunately, state-level support isn’t imperative to success. It’s just a really nice perk. Austin, Texas, Boulder, Colo., and Missoula, Mon., are all great examples of cities that are blazing forward, regardless. There are a few tricks to it:

Thanks to the leaders

Lastly, I do want to give a shout out to the states trailblazing the way because we all benefit. Massachusetts just analyzed the economic impact of its food waste ban, which helps all of us build the business case for more composting. Extensive research, analysis and waste composition studies from CalRecycle help us estimate how much material is wasted by different business sectors. And numerous states have economic impact studies, including Indiana and North Carolina, that prove recycling creates jobs and local economic growth, and that helps us grab the attention of state and local officials.

To these states I send a heartfelt thank you for these valuable resources. For the rest of us, we shouldn’t give up any hope, despite the challenging frustrations we face with state politics. Let’s look to where we can make progress, working regionally and collaborating with each other. Our paths may look different, but we all share the same end goal, and together we can chart the course we need to take to get there, even if it isn’t the straightest line.

Kate Bailey is the project director of Eco-Cycle Solutions and works with citizens, government staff and elected officials to implement Zero Waste solutions around the U.S.