On Earth Day, global thrift retailer Savers created a clothing spill installation on Alki Beach in Seattle in an effort to get people to rethink their clothing footprint. Over 1,500 people came to view the installation, and many more participated in an Earth Day conversation via social media using #RethinkReuse. 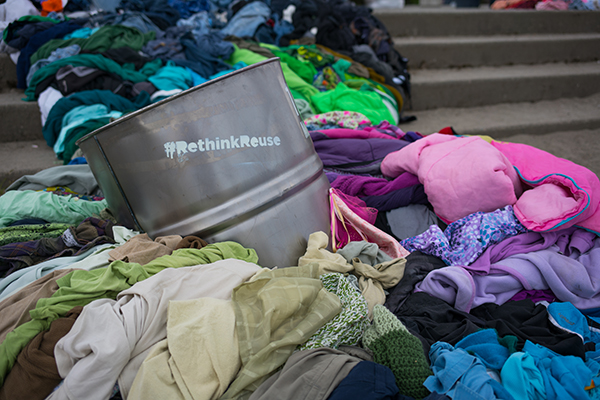 According to the United States Environmental Protection Agency’s Sustainable Materials Management 2013 fact sheet, Americans throw away more than 10.5 million tons of clothing annually, 95 percent of which could have been reused or recycled.

For over 60 years, Savers has worked hard to reduce that number by purchasing used clothing and textiles from more than 120 nonprofit organizations to give them a second or third life in its stores or through its recycling partners. 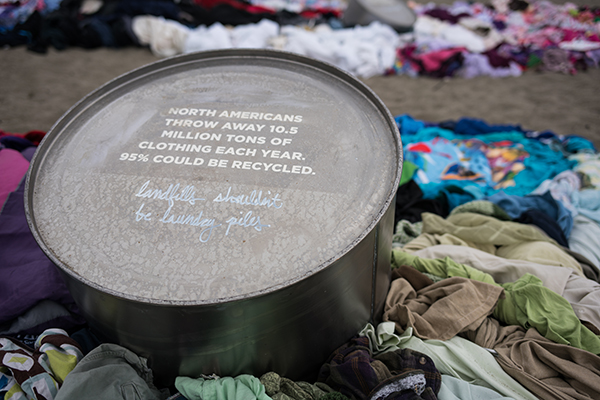 “We created the installation because we wanted a visual representation of the clothing waste problem that would also inspire people to take action,” says Savers Vice President of Recycling and Reuse Tony Shumpert. “We believe landfills shouldn’t be laundry piles, and this installation brought that idea to life.”

The installation, which was comprised of a selection of clothing and textiles that did not sell in Savers’ stores, was also used as a call to action for people to join Savers’ Rethink Reuse campaign.

“The Rethink Reuse initiative aims to start a dialogue and help people understand the environmental impact of waste,” says Shumpert. “Rethinking reuse includes, but is not limited to, shopping thrift, donating unwanted goods versus throwing them away and consuming in a more responsible way.” 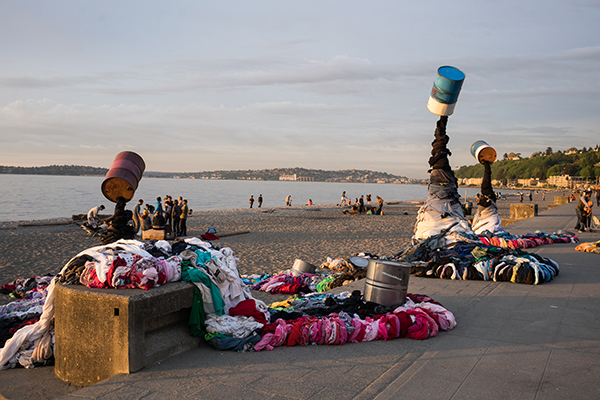 All of the clothing and textile items that were used in the installation have been sent back to a Savers recycling center, and the retailer plans on reusing the items for a similar installation in Toronto in June to get more people to rethink about the way they buy, use and recycle clothing. 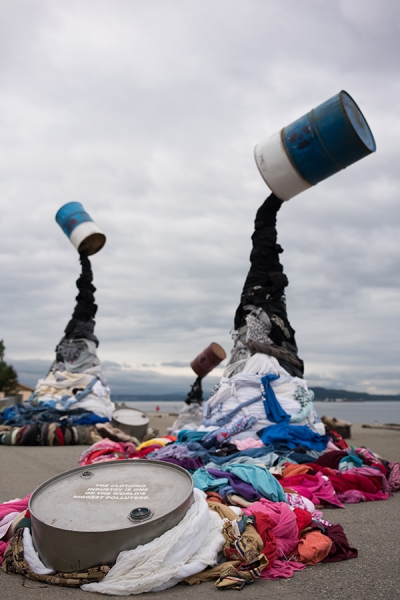 In addition to its Rethink Reuse campaign and other ongoing recycling and waste-reduction efforts, Savers is truly focused on diverting reusable goods from entering the landfill.

“Together with our nonprofit partners, we divert more than 650 million pounds of reusable goods from landfills each year,” says Shumpert.