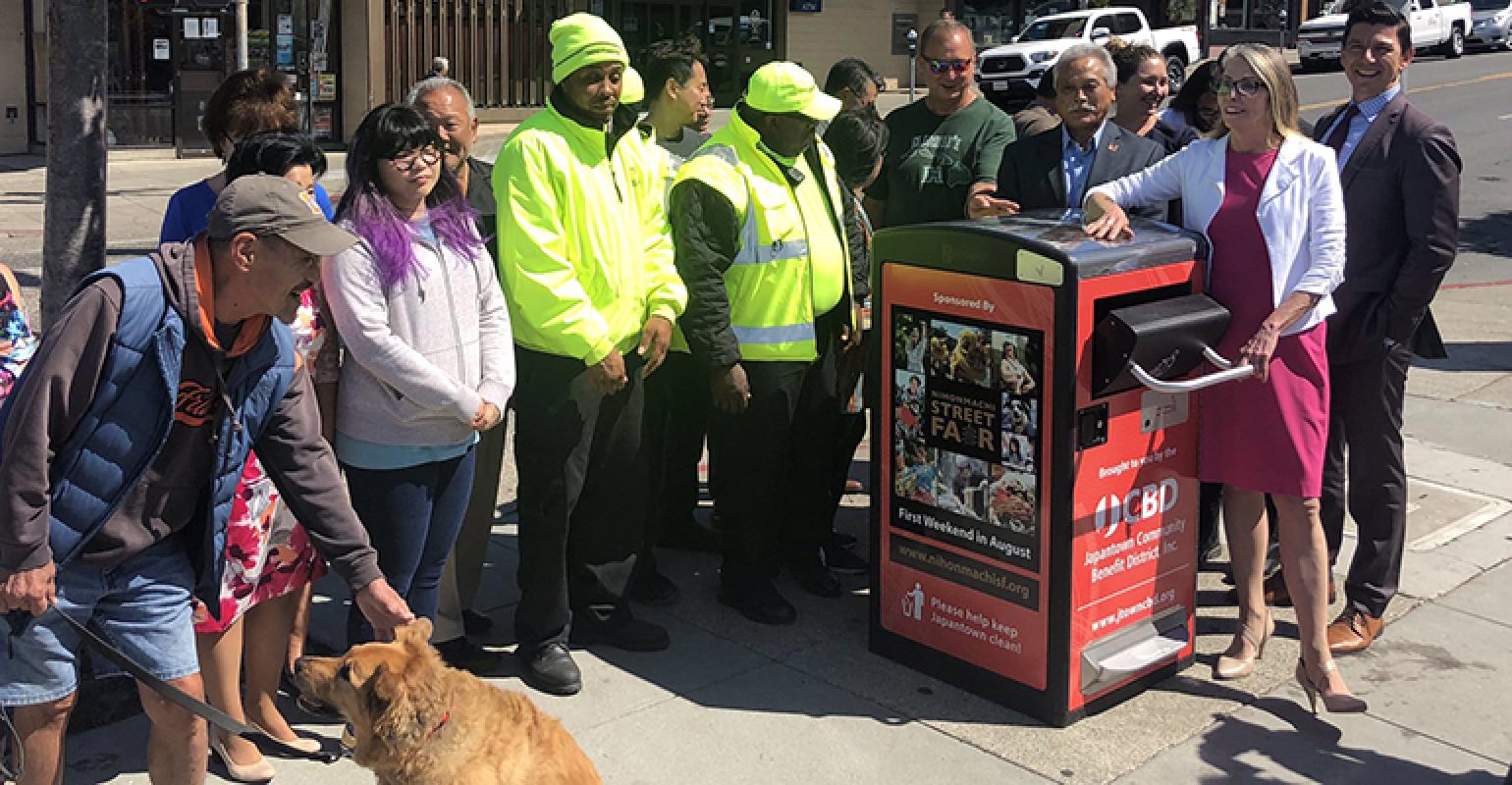 The city purchased BigBelly trash cans, which can hold up to 30 percent more trash by compacting materials via solar power.

San Francisco has received the first of 80 BigBelly smart trash cans the city ordered to help control its litter problems.

The cans hold up to 30 percent more trash by compacting it via solar power. In addition, sensors will alert city managers when the can is 70 percent full. Plus, the cans are designed to contain the trash that goes in them, which is something the city has struggled with using traditional trash cans.

“Because it even took me a minute to look at it,” says Paul, a Japantown resident who was sizing up the new addition to the neighborhood. “I thought, ‘Finally, after 32 years, we have a trash receptacle.’”

But it is not just any trash receptacle. This was the first of 80 new Bigbellys arriving in San Francisco. They hold up to 30 percent more trash by compacting it with the power of the sun.