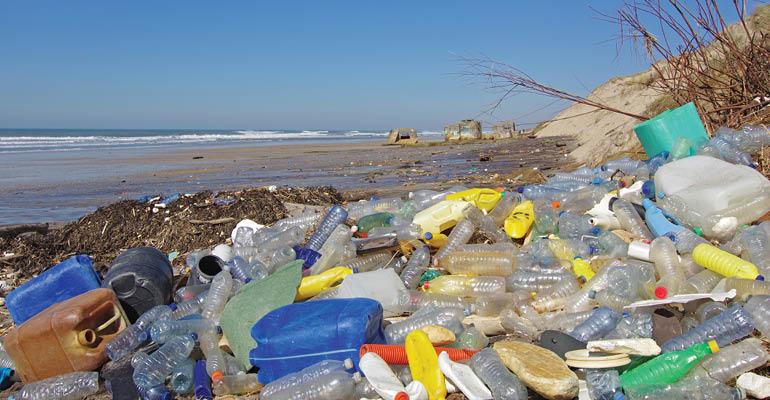 About 81 percent of that trash collected was plastic.

In May 2016, a map from New Zealand–based data visualization firm Dumpark posted at Vox showed how much plastic is floating in the ocean and where the five trillion pieces of it are clustered.

Overall, it was reported that about 8 million metric tons of plastic waste makes its way into the oceans each year, according to a study published by a group of scientists at the UC Santa Barbara’s National Center for Ecological Analysis and Synthesis.

Recently, Texas-based Dell announced it will keep 16,000 pounds of plastics out of the ocean and in the economy by mixing it in a 1:3 ratio with recycled HDPE plastics to make a new packaging system for its XPS 13 2-in1 laptop.

The Press of Atlantic City has more about the N.J. beach cleanup efforts:

Two hula hoops, a pitchfork, 176 syringes, 396 sandals, 5,564 plastic shopping bags, and 20,979 food and candy wrappers were just some of the more than 218,000 items volunteers picked up from the beaches and bays of New Jersey last year during Clean Ocean Action’s biannual Beach Sweeps.

About 81 percent of that trash collected was plastic, according to the report released Wednesday ahead of the nonprofit organization’s next cleanup on Saturday.

The ubiquitous material is one of the biggest threats to marine life, Clean Ocean Action founder and executive director Cindy Zipf said.