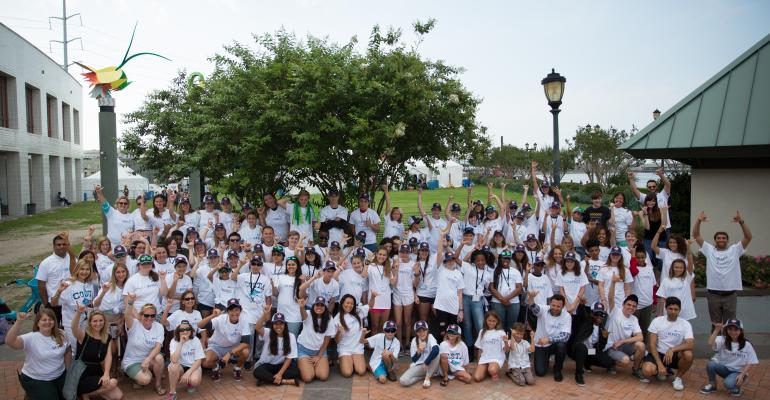 The second annual bootcamp, which takes place in June in Vancouver, British Columbia, will reward young environmental activists for their waste reduction efforts.

At Ocean Heroes Bootcamp, youths ages 11 to 18 are encouraged to come up with creative and innovative ways to fight plastic pollution. Last year, the focus was on straws, and this year, at the second annual bootcamp held June 18-30 in Vancouver, British Columbia, the focus will be on single-use plastic water bottles.

To date, 16 participants have been granted nearly $17,000 collectively to make their waste reduction campaigns created at Ocean Heroes Bootcamp a reality. And now, an additional $33,000 is up for grabs, thanks to a grant provided by Battery Powered.

“Ocean Heroes Bootcamp is unique among other youth programs,” said Dune Ives, executive director of Lonely Whale, in a statement. “Created specifically for young environmental activists, some who will graduate in the year 2025 when the ocean is expected to contain 1 tonne of plastic for every 3 tonnes of fish, the bootcamp participants are learning how to work together to solve this global crisis from some of the most effective plastic campaigners and leading scientists.”

At the three-day bootcamp, participants (aka Ocean Heroes) learn about the destructive ways of plastics and how to combat them, as well as how to use the six pillars of programming—science education, global plastics policy, critical campaigning, artivism, media literacy and idea incubation—to develop effective solutions for reducing single-use plastics in their communities, says Emy Kane, director of strategy at Lonely Whale and manager for the bootcamp.

On the last day of the bootcamp, the Ocean Heroes will pitch their ideas to leaders in waste reduction in an attempt to secure funds to launch their solution in their hometowns.

“The first year was amazing,” says Kane. “This year, we’re hoping to double down on our efforts to have international youth come together to share their experiences from their various communities all around the world. Our hope is that the Ocean Heroes are both educated and empowered with the tools they need to be agents of change in their communities.” 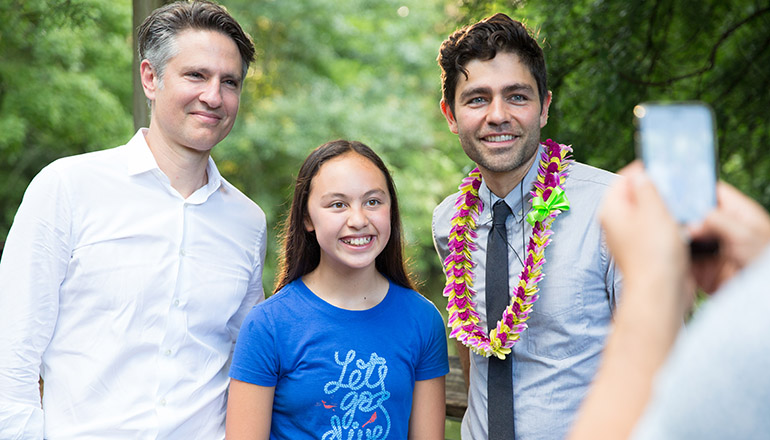 Last year, Chloe Mei Espinosa, a 12-year-old from Newport Beach, Calif., focused on media literacy and changing people’s behavior and attitude toward single-use plastic straws. She says she expected to learn about how to successfully spread the word on social media using platforms like Instagram and that she learned how to do just that at Ocean Heroes Bootcamp.

Before she attended the bootcamp, Chloe Mei started a campaign to eliminate single-use plastic straws from her school. And thanks to the new ideas she learned at the bootcamp, she went one step further: She was able to successfully convince both Newport-Mesa Unified School District and Saddleback Valley Unified School District—a total of 66 schools—to stop using plastic straws in their cafeterias and instead offer alternative straws.

Chloe Mei has been able to accomplish a lot since attending the bootcamp, where she gained long-lasting relationships with other youths who are making a difference through waste reduction efforts.

“I kept in touch with the five Ocean Heroes who won the Young Superhero for Earth Award,” says Espinosa.

Connecting dedicated youths beyond the bootcamp—and borders—was, as Kane puts it, “some of the most amazing magic.” For those who can’t make it to the upcoming bootcamp in Vancouver, Ocean Wise will once again provide the technology to allow youths to participate virtually.

“Each year, we choose a different international location to be able to share different positions and experiences from a cultural and political point of view on how the plastic conversation is changing around the world,” says Kane.

The bootcamp is free to attend and includes room and board for accepted youth. Lonely Whale and Captain Planet Foundation are also offering a select number of travel scholarships through funding received from Battery Powered to support youths who have been accepted into the bootcamp.

“The Ocean Heroes grant program helps to ensure that money isn’t an obstacle to their campaigns and empowers them to demonstrate their ability as change-makers at a young age in their communities, and eventually, on a much larger scale,” said Leesa Carter-Jones, executive director of Captain Planet Foundation, in a statement. “We’re also matching our Ocean Heroes with adult influencers to ensure their campaigns are ultra-successful.”

“The level of organic activism and the desire for change that the kids possess is so different from previous generations, including my own,” said Henry Pincus, founder of Point Break Foundation, in a statement. “I really do think they can and will save the planet.”