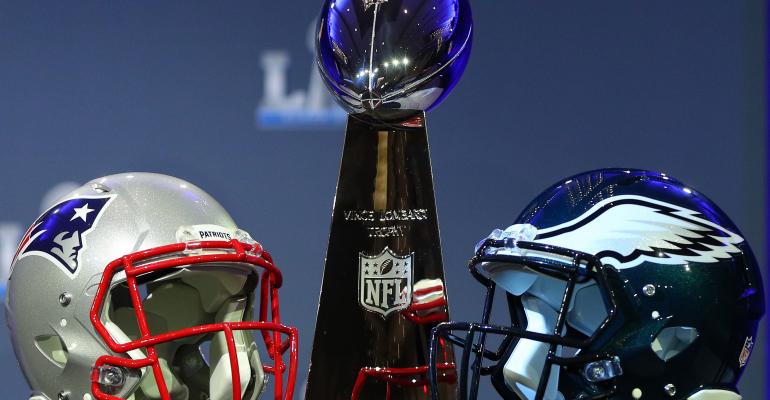 The NFL will attempt to recover more than 40 tons of stadium waste from Super Bowl LII.

The NFL, working with PepsiCo, U.S. Bank Stadium, Aramark and the Minnesota Sports Facilities Authority, is gearing up to enact Rush2Recycle, a plan to recover more than 90 percent of stadium waste at Super Bowl LII on Sunday, February 4.

Roughly 60,000 people are expected to watch the Philadelphia Eagles and the New England Patriots face off in person at U.S. Bank Stadium in Minneapolis, and Rush2Recycle staff will be tasked with encouraging spectators to maximize recycling and composting.

To achieve their zero waste goal, workers will have to recover more than 40 tons of stadium waste. The plan in place will involve recycling plastic bottles and aluminum cans, composting food waste and organic food containers and finding new purposes for items in the local community.

In preparation for the event, Aramark has developed compostable utensils, containers and cups. Within the stadium, Rush2Recycle will have almost 200 workers stationed throughout to help fans dispose of their food containers and plastic bottles in the proper bins.

PepsiCo has also worked with the stadium operators to make permanent changes that will help in reducing landfilled waste at all U.S. Bank Stadium events in the future. Any waste that can’t be recycled or composted will be taken to a waste-to-energy facility to heat homes and businesses in Minneapolis and the surrounding area.

“We are focusing on practical solutions that help drive behavior change,” says Barbieri. “For example, we know that clear and consistent signage is key, so we’ve worked with U.S. Bank Stadium and Recycle Across America to relabel hundreds of bins in the stadium so fans know where to put their waste materials. The waste-to-energy section of the bins inside the stadium has been made smaller to encourage fans to place material in the larger recycling and composting bins. And the opening of the waste receptacle was redesigned to help fans get the right materials in the right bins. Simple changes like that can make a big difference.”

U.S. Bank Stadium partners have been working to increase the stadium’s diversion rate since before the start of this most recent NFL season. They diverted 83 percent of waste in January 2018, a 55 percent increase over their starting point in June 2017.

“This transition has taken planning, time significant commitment and hard work. We are proud that we will be the first Super Bowl to reach zero waste with a continued legacy that will be in place for every large event we put on at U.S. Bank Stadium,” says Jenn Hathaway, director of communications for the Minnesota Sports Facilities Authority, which owns U.S. Bank Stadium.

After the final whistle blows and the fans have left the stands, stadium partners will sort through the waste streams to minimize contamination and take advantage of a newly purchased organics compactor. Stadium decorations and leftover equipment will find new homes in the community, and discarded consumer items will be donated if possible.

This initiative has received input and support from a great deal of organizations, including local recycling officials from Hennepin County, executives from Republic Services, members of the Minnesota Super Bowl LII Host Committee and many others.

“As part of the overall environmental program, the NFL has formed an ad hoc coalition of more than three dozen local nonprofit agencies,” says Jack Groh, director of the NFL Environmental Program. “This group has met with NFL environmental staff to plan out strategies for recovering décor, construction materials, carpet, office supplies, furniture and miscellaneous items left over after the many Super Bowl LII events.”

In addition to an intense focus on diverting as much waste as possible within the stadium, Rush2Recycle is also paying attention to the millions of people who will be watching the game at home. PepsiCo is partnering with Rush2Recycle spokesman and Super Bowl XL MVP Hines Ward to launch a social media campaign around the event, encouraging fans to dispose of their waste responsibly.

The NFL has been prioritizing zero waste goals at Super Bowls in the past, but Rush2Recycle is unique in its emphasis on a future legacy of waste diversion. Officials are optimistic that this effort will be the first chapter in an enduring run of zero waste Super Bowls and major events.

“It is always the NFL’s goal to leave a lasting, positive legacy in host communities. We hope this serves as a playbook for other leagues and sporting events in the future,” says Anna Isaacson, senior vice president of social responsibility for the NFL. “The best way to improve our events is to learn from our experiences and consult with experts and stakeholders in each market to determine what is feasible, achievable and desired in each host community. Our legacy projects always help inform our strategies at other tentpole events, including Pro Bowl, Draft and future Super Bowls.”