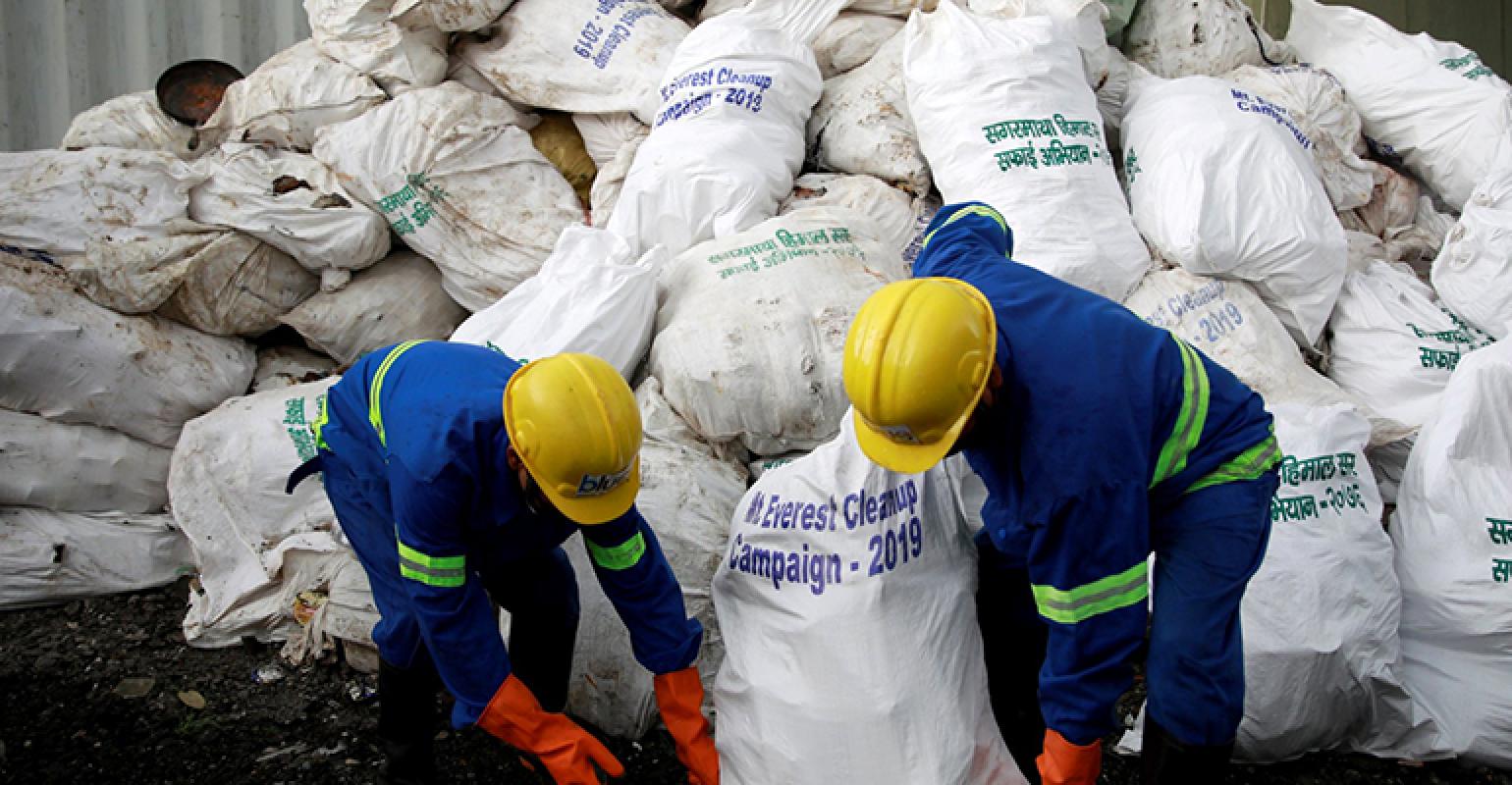 Besides recycling the waste, crews are working with municipalities and area venues to reuse materials and potentially create new green jobs.

A month-long cleanup campaign in Nepal has collected roughly 22,000-plus pounds of trash from Mount Everest. And instead of sending that waste straight to landfill, it will first be separated, processed and, if possible, recycled as raw materials for other products.

According to The Hindu, government and nongovernmental agencies, along with a dedicated Sherpa team, also removed four dead bodies from Mount Everest. Besides recycling the waste, the team is also working with municipalities, hospitals, hotels and other venues to reuse the waste and potentially create new green jobs, the report notes.

The Hindu has more information:

In a bid to save Mount Everest from trash, Nepal conducted a month-long cleaning campaign and collected around 10,000 kg of rubbish from the region.

For the mega clean-up drive, government and non-government agencies, along with a dedicated Sherpa team, not only brought the litter down but also removed four dead bodies from the roof of the world, Xinhua news agency reported on Sunday.

Instead of sending the solid waste straight to the landfill near Kathmandy, the items were segregated, processed and recycled as raw materials for various products. “We segregated the collected materials in different categories such as plastic, glass, iron, aluminium and textile. Of the 10 tonnes of waste collected, two tonnes have been recycled. The remaining eight were soil mixed with wrappers and semi-burned items, which could not be recycled,” Nabin Bikash Maharjan, the head of Kathmandu-based Blue Waste to Value, a social enterprise, said.