Keynote and Author Adam Minter Encourages a Rethinking of “Stuff” 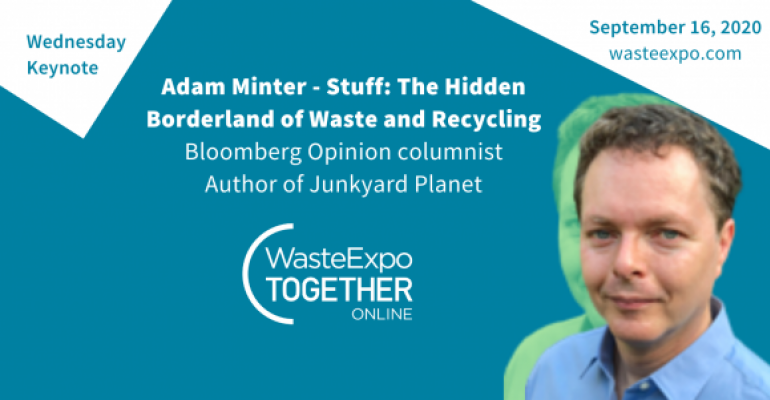 Yesterday’s keynote at WasteExpo Together Online looked at “Stuff: The Hidden Borderland of Waste and Recycling.”

The speaker was Adam Minter, author of "Junkyard Planet" and “Secondhand: Travels in the New Global Garage Sale,” and journalist at Bloomberg. His talk offered a provocative look at why the growing tide of "single-use stuff"—from fashion to furniture—should concern waste and recycling professionals, perhaps even more than better-known problems like single-use plastics.

Minter started by talking about (and showing images from) a visit he made in 2007 to a scrapyard in China, noting that, “You never know what you’re going to find in a scrapyard.” For instance, one thing he saw was a shredded helicopter that had been brought from California, and then his eyes landed on a huge pile of what looked like extension cords. In reality, the pile was comprised of Christmas-tree lights—which sparked Minter’s curiosity and gave him the idea of exploring how and where this type of product (disposed of in great quantities by Americans) gets recycled.

Several years later, Minter found himself at a facility that did, in fact, recycle the Christmas-tree lights—and in an effective manner. He described how the lights were fed into a shredding machine that created a sludge-like material from which copper was extracted. The copper could then be sold to light manufacturers. The facility also sold plastic it retrieved from the lights, which was often turned into slipper soles. “It worked beautifully,” noted Minter. Americans couldn’t affordably recycle Christmas-tree lights, so they sent them to China, and China created new lights for Americans to buy. “It was a circular economy.” 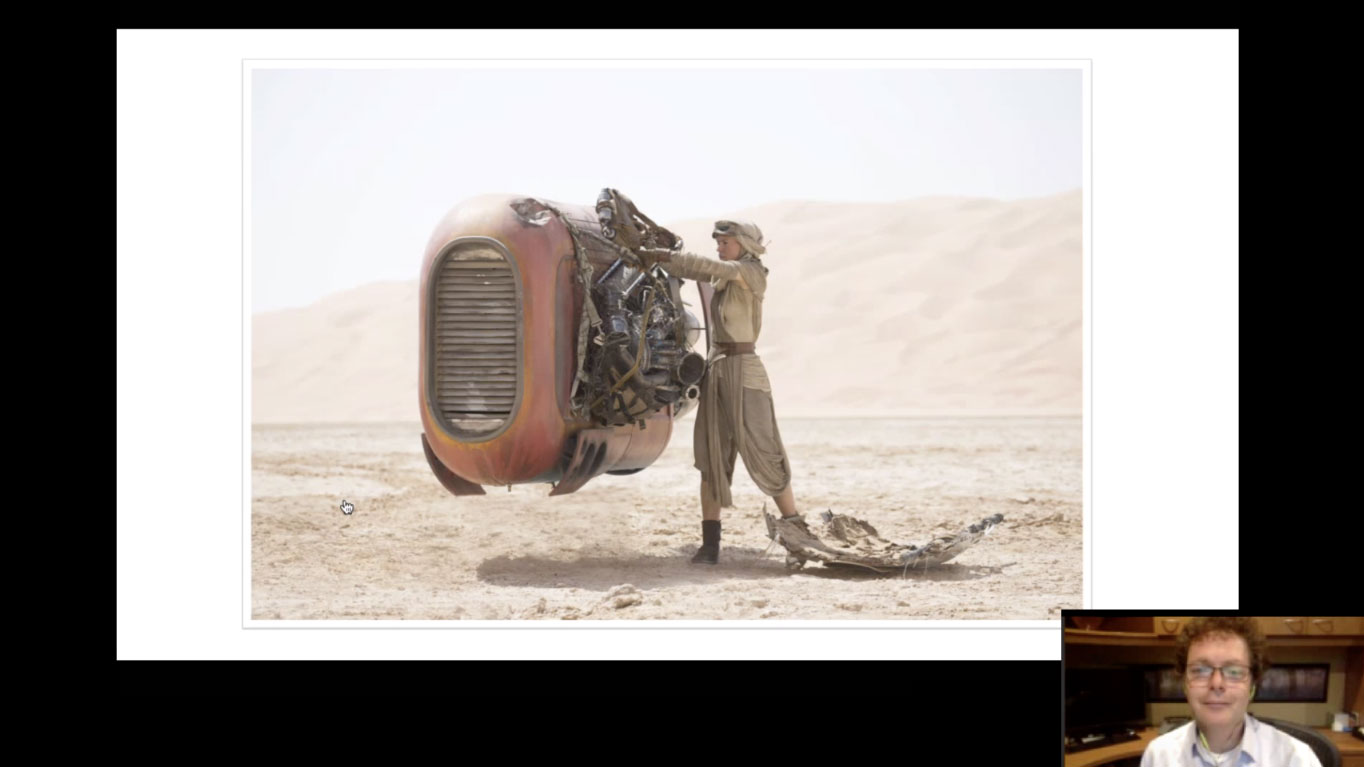 Minter then discussed how this type of system started breaking down as China’s working-age population decreased, economic growth slowed, and then, of course, the waste-import ban went into effect. Minter explained that, “Even before the import ban, there was less demand and more supply of scrap commodities as Americans were recycling more. He called the ban “the pinnacle” of what was already occurring. So what would happen to all this “stuff”?

The next section of Minter’s talk took the audience to Vermont-based Good Point Recycling, which exports old electronics to Ghana. Minter wanted to know what happens to these items once they arrive in Ghana, and talked about what he saw on his trip there. These old electronics are, in fact, “imported not to be burned but to be reused.” The Ghanese people view these used electronics as “stuff,” not as waste or recycling, as many Americans would. Minter explained the local culture of repair and how a laptop computer might have a 10-15 year life span in Ghana because to the inherent parts. Ghanese repair workers cultivate the skills to repair these types of things, with a mindset of “What can these materials create, and what can they be used as?” Minter noted that, “They aren’t doing this for charity; they aren’t even doing this for the environment. They’re doing this because it’s a good business, and there’s demand there for these parts; making stuff last longer. And people in West Africa want their stuff to remain stuff, not become waste and recycling.”

Minter encouraged the audience to rethink what’s going on in emerging economies; “in many ways they are ahead of us in what it means to have a circular economy.” He acknowledged that, “You can’t repair yourself out of every waste and recycling problem, but it’s a good way to think about how waste and recycling is going, and…we ultimately need to re-conceptualize our entire view of stuff.”

Minter closed by pointing out that the “Star Wars” character Rey is a true recycling hero who understands the value-add of fixing things (answers and inspiration can come from “unexpected places” as noted by Minter). He said we should all take a step back, “Not just viewing stuff as raw materials, or something that ends up in a landfill—but how we extend the life of stuff.”

A short Q&A followed, in which Minter discussed the idea of reuse beyond electronics: “During COVID, we’re seeing a lot of people taking up the cause of mending and fixing their clothes. Now that’s a small-scale movement, but people are starting to think more in terms of durability; in terms of their things lasting longer.” He also touched on “right to repair” regulations that could make it easier to access and perform repairs, and the evolution of and long-term outlook for electronics reuse.

Don’t miss any other fantastic sessions happening this week at WasteExpo Together Online. It’s not too late to register! https://www.wasteexpo.com.