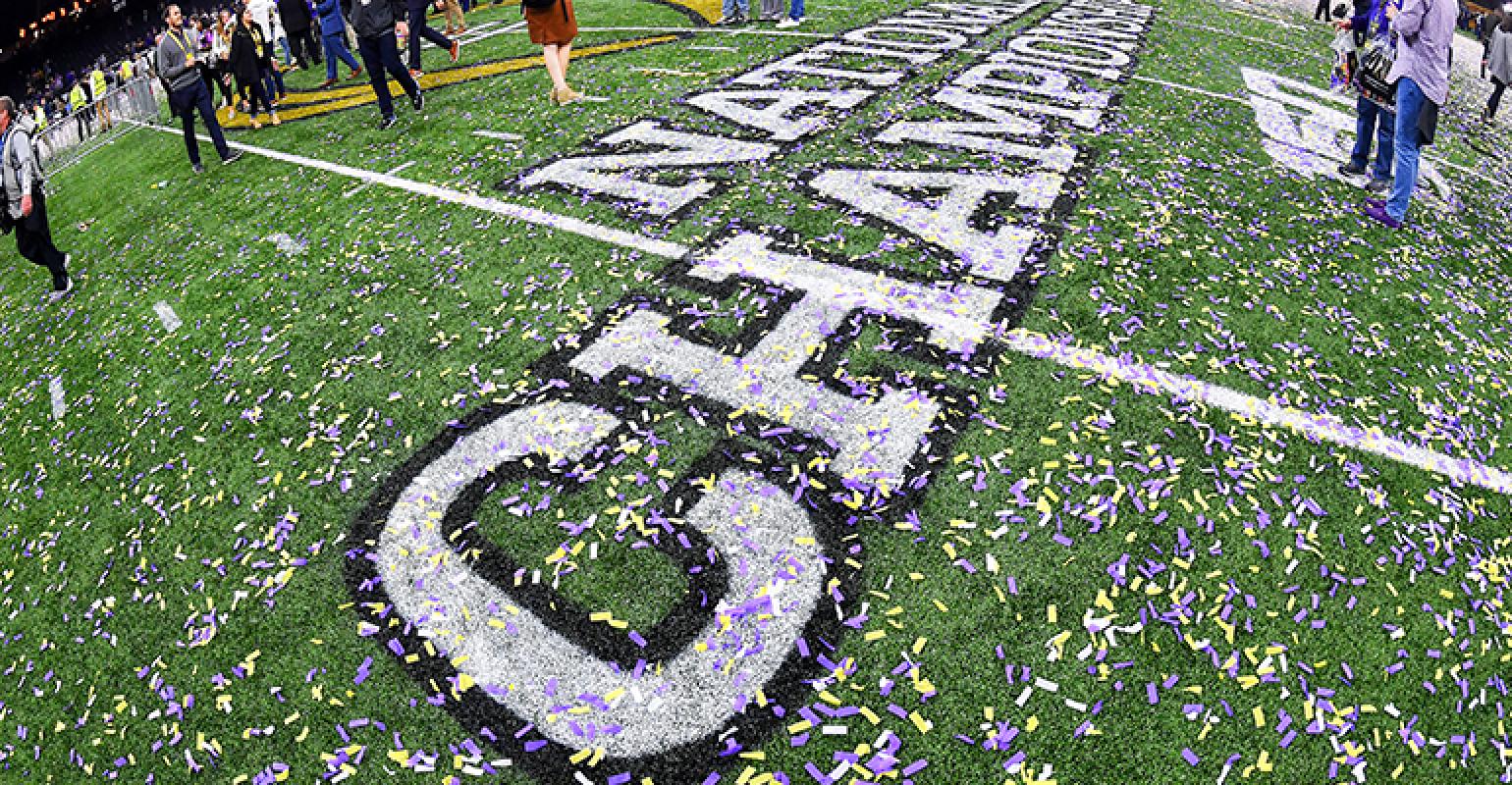 LSU is the national champion in the Total Recycling category, with 127,940 pounds of material recycled, composted or donated.

Louisiana State University (LSU) battled head-to-head with Clemson University for both the national title in football ​and ​the No. 1 spot in the Total Recycled category during the 2019 GameDay Recycling Challenge (GDRC)—the nation’s premiere collegiate football waste reduction competition.

GDRC said it congratulates Louisiana State University for coming out on top in both the National Football Championship and the top spot for Total Recycled during the 2019 season.

Additionally, several competitors have received this year’s GameDay honorable mentions including The Ohio State University for its excellence in benchmarking and data tracking and Auburn University for its back-to-back years in excellence for promoting the GameDay Challenge through social media.

“The 2020 GameDay Recycling Challenge was special this year with top contenders LSU, Clemson and The Ohio State University playing in the 2020 College Football National Championship Playoffs and competing in one of the most impressive seasons in college recycling,” said Stacy Wheeler, RecycleMania president, in a statement. “College athletics and their operational teams are uniquely positioned to engage and influence its fan base about environmental stewardship. Most GameDay Challenge schools have stadiums that have been pushing green initiatives for 10 or more years. Our GameDay winners advance the supply chain in their local and regional circular economies and now have a fan base that expects and wants green practices at every home GameDay. That’s progress.”

“LSU continues to improve its recycling efforts each year through the use of creative and innovative methods, development of new public and private partnerships and higher levels of participation by our students, faculty and staff volunteers,” said Sarah Temple, assistant director of campus sustainability at Louisiana State University, in a statement.

“GameDay Challenge is an excellent opportunity to build our recycling culture by engaging with thousands of fans all at the same time. This year, [Ohio University] is particularly proud of introducing an opt-in compost program to our tailgaters as well as setting up an in the stadium sorting station,” said Andrew Ladd, recycling and zero waste manager at Ohio University, in a statement.

The 2019 GDRC pitted 50 colleges and universities in a fun and friendly competition designed to engage college football fans to see who could recycle the most and reduce the most waste. The competition reached 6.9 million fans at 115 games, based on reported stadium attendance numbers. Participating schools recycled or composted 1.8 million pounds of gameday waste during the fall season, which broke down to recycling more than 1.5 million pounds of bottles, cans, paper, cardboard and other materials. In addition, more than 430,588 pounds of organic materials were composted or recovered, including pre- and post-consumer food waste and compostable serviceware.

The GDRC ranks participating schools based on the quantity of recyclables, food organics and other materials diverted from the landfill at college football stadiums and tailgating areas. During the competition, schools tracked weights for individual games, with the totals used to rank schools nationally and by athletic conference. Registration for the 2020 competition will kick off in early August.

The GameDay Recycling Challenge is organized through a partnership of the ​National Wildlife Federation, ​College and University Recycling Coalition​, ​RecycleMania, Inc​. and the U.S. Environmental Protection Agency’s WasteWise program.