Florida Recycler Aims to Outfit the World from Head to Toe 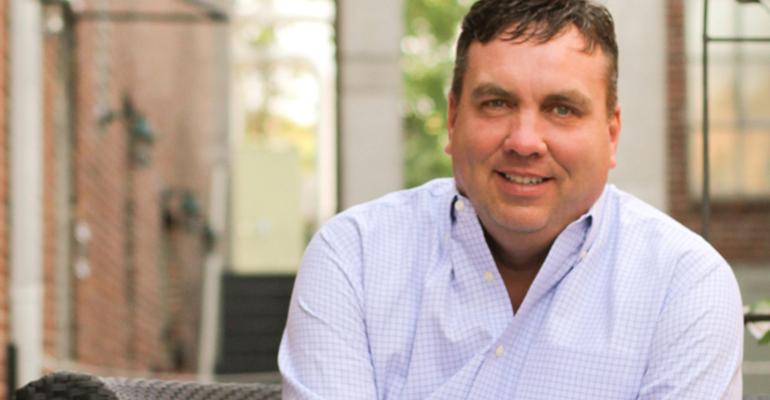 Head2Toe Recycling collects clothing, shoes and mobile devices and distributes them to small entrepreneurs in developing nations for reuse and recycling.

Creating socioeconomic synergy by addressing the wealth and waste in the United States and the privation and need in developing nations has been the passion of philanthropist-entrepreneur Wayne Elsey for the last two decades.

Elsey's latest venture in that arena, Head2Toe Recycling, opened in Orlando, Fla., late last month. The company's modus operandi is collecting clothing, shoes and mobile devices and distributing them to small entrepreneurs in developing nations for reuse and recycling.

With Head2Toe, Elsey aims to capitalize on the international business relationships and the shipping infrastructure he has built over the past two decades via a handful of social enterprises and nonprofits dedicated to distributing footwear and clothing to people in poverty-plagued and natural disaster-stricken nations around the world.

Under Head2Toe's business model, the company invites individuals and businesses to send it unsorted clothing, accessories, shoes and cell phones in specially designed bags provided by Head2Toe. The company charges $15 for each bag to cover the cost of shipping the material to its Orlando facility. Head2Toe then separates the material and distributes it to the more than 4,000 micro-entrepreneurs in its network of businesses in Haiti, Pakistan and 21 other countries.

"We have been testing this model for several months," says Elsey. "Last month's hard launch was our official consumer launch. We will have a large presence and focus with Fortune 500 companies for their corporate social responsibility programs. This is a natural for companies that want their teams to do good."

Elsey is bullish about Head2Toe's business prospects and its volume targets, thanks to his long track record of distributing used footwear to developing nations and the business infrastructure he has built up around that.

"With our current strategy, we distribute millions of pounds of shoes per year, making us the industry leader," he says. "With the clothing industry so vast, our numbers could easily be 10 times that amount in clothing."

According to the U.S. Environmental Protection Agency’s most recent statistics in its “Facts and Figures” report about materials waste and recycling issued last July, the amount of clothing and footwear waste generated in the United States in 2015 was 11.94 million tons. Of that total, 8.24 million tons (69 percent) was landfilled and 1.69 million tons (14.2 percent) was recycled. The remaining 2.01 million tons (16.8 percent) was combusted for energy recovery.

Elsey says he's optimistic that Head2Toe will make a sizable dent in the vast volume of clothing and footwear that gets landfilled in the United States.

Regarding the prospects of his venture and similar ones to make an impact on the 14.2 percent EPA recycling figure cited above, Elsey says, "I would love to say we could see that double in the next 20 years. It’s a process of education. That's the key to people making this happen. We have to make people aware of the benefits of recycling this material—and the ease of that process."

Jackie King, executive director of the Secondary Materials and Recycled Textiles Association, says the textile recycling percentage in the United States has stagnated at around 15 percent for the last decade during which she and her group have been tracking the data. She says the key to getting that needle moving upward is educating both consumers and—crucially—government officials about how much of the material is being landfilled and how easy it is to reuse and recycle it.

"It's troubling to see that the recycling figure hasn't changed much," says King. "But I think we've been making inroads in how we're educating not just the public but also government entities, because they're in a unique position to be able to influence how people think about what they're throwing away and how much of it could be recycled or reused."

King says her group estimates that 81 pounds of clothing and household textiles per person is thrown away annually in the U.S., and only about 5 percent of that total has no potential for recycling or reuse for any of various reasons, including mildewing or contamination by oil or hazardous materials.

"The potential is clearly there for some huge gains because there is just so much that's being thrown away that could easily be reused or recycled," she says.