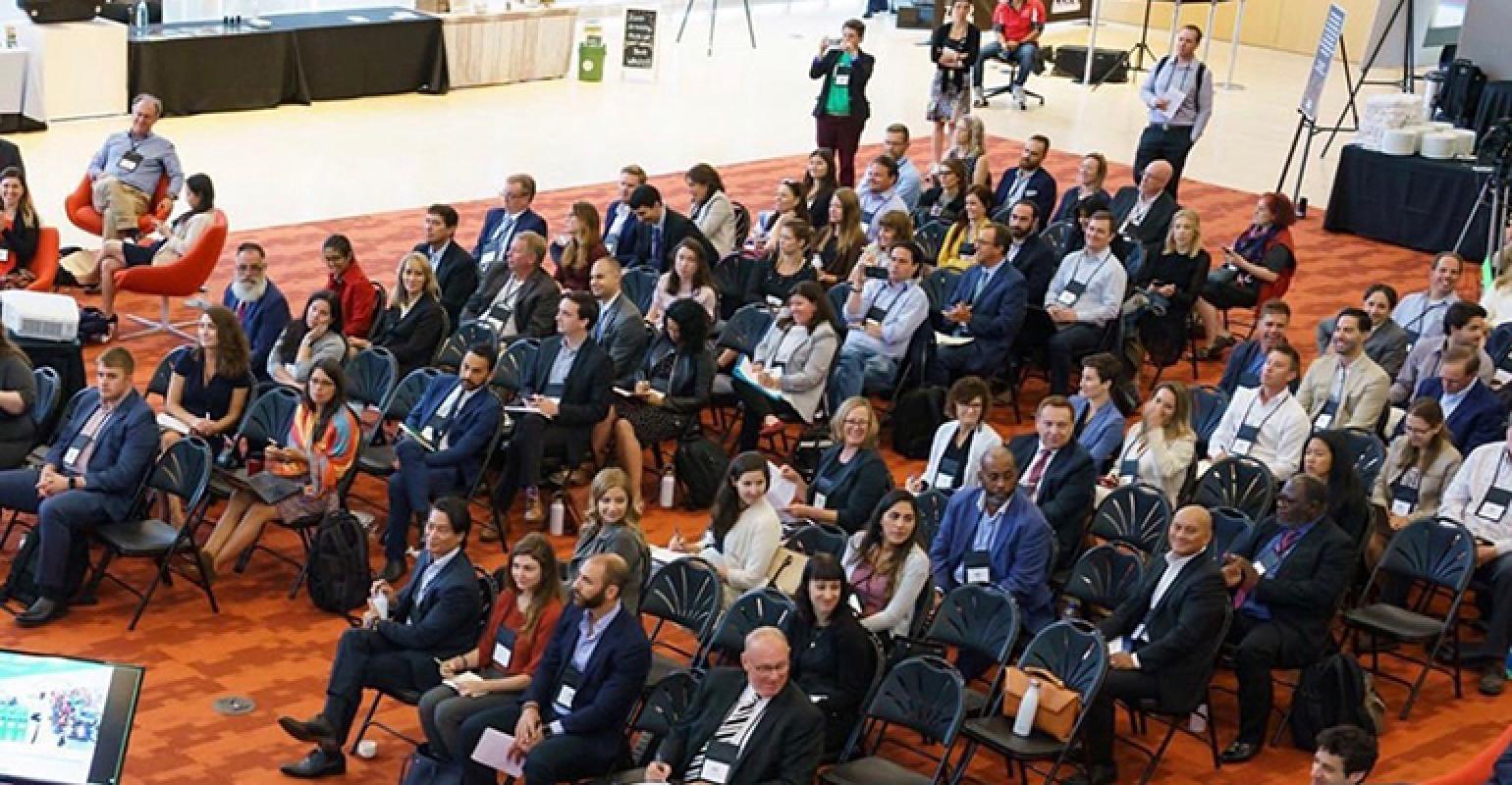 Zero Waste East, a new conference put on by Companies for Zero Waste, was held last week at the New Jersey Institute of Technology in Newark, N.J. At the two-day conference, waste, recycling, organics, energy and government leaders discussed industry issues and solutions.

“I founded Companies for Zero Waste in January 2019 after seeing the struggles that my friends were facing running recycling companies in New York and New Jersey,” Scott Donachie, CEO and founder of Zero Waste Events, told Waste360. “I had a vision of catalyzing a greater pace of innovation by connecting investors, policymakers, sustainability directors and waste experts. My thoughts were if Wall Street and policymakers could get behind this waste crisis, then we could drive real change.”

Below are five themes that were explored during the two-day conference.

According to Wiley Rhodes of The Newpoint Companies, which designs and manufactures a full range of modular gas processing and treating units as well as provides operations support, consulting and management of gas plant processing facilities, “you can create a closed loop system, but you have to create value at every point.” 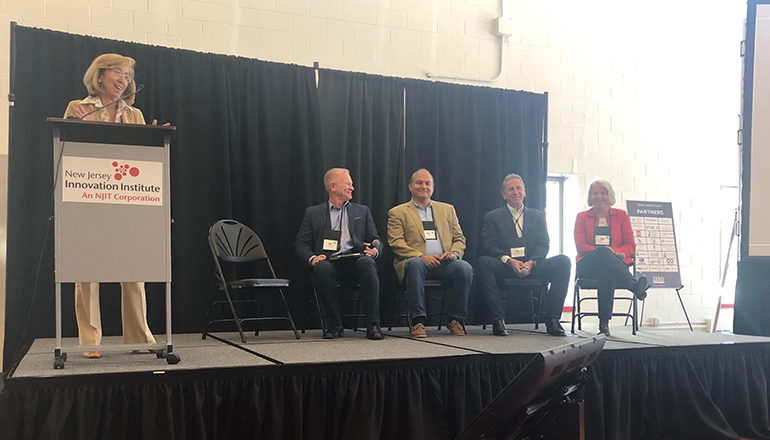 One company exploring a closed loop system is TerraCycle, a global leader in recycling hard-to-recycle materials and integrating waste back into products. Through its new endeavor, Loop, customers can responsibly consume a range of products in customized, brand-specific, durable packaging that is collected, cleaned, refilled and reused. The content, if recoverable, is also either recycled or reused.

“If you can unlock the economics, then everything can become recyclable,” stated Tom Szaky, TerraCycle CEO and president and a 2019 Waste360 40 Under 40 award recipient. “Everything can go circular—clothing, toys, electronics, etc.—and part of what we do is to find out how.”

Szaky went on to say that it takes a leader to create one of these circular systems, and the “leader is almost always female.”

“Sustainability is really driven by women—91 percent of our leaders around the world who run these programs are females between the ages of 25 and 60, so please think about the female voice because it’s the one that cares, demographically speaking. Even in my company, 75 percent is female.”

Adding to that, Szaky said it’s also important to get consumers excited about reducing waste. He said the industry focuses way too much on the steak and often disregards the sizzle, but if you blend the two together, magic can happen. 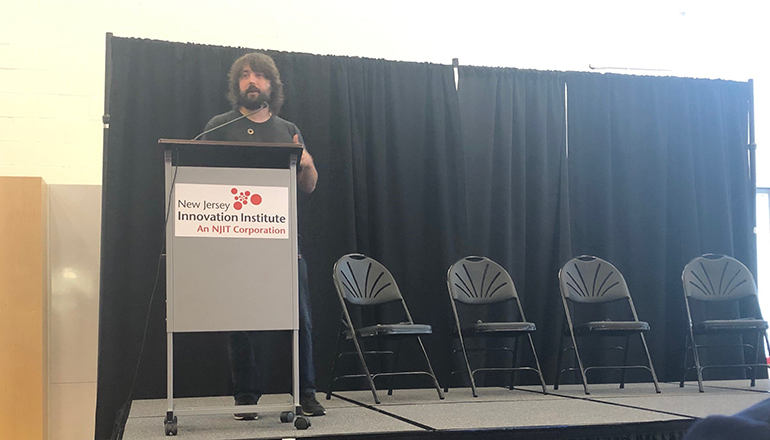 Over the years, more legislation and regulation have been put in place to better manage waste and to change behavior. One of the most notable is China’s National Sword, which bans the importation of certain types of solid waste, as well as enforces strict contamination limits on recyclable materials. Since China’s implementation of National Sword, other countries like Thailand, Malaysia and Vietnam have followed suit by creating policies of their own. These actions have pushed the U.S. waste and recycling industry to clean up its recycling streams, create more domestic infrastructure and adjust the way it currently handles materials.

“There are 10,000 local governments in the U.S. managing recycling, and there’s a perception out there by the national media that recycling is experiencing some sort of crisis. If you want to see a crisis, go to a country like India and Thailand and look at how they handle solid waste. Look at their dumpsites and their waterways,” said David Biderman, executive director and CEO of the Solid Waste Association of North America. “What we face here [in the U.S.] are tremendous challenges because of the fact that the value of materials in a MRF [materials recovery facility] have declined in value by about 50 percent.” 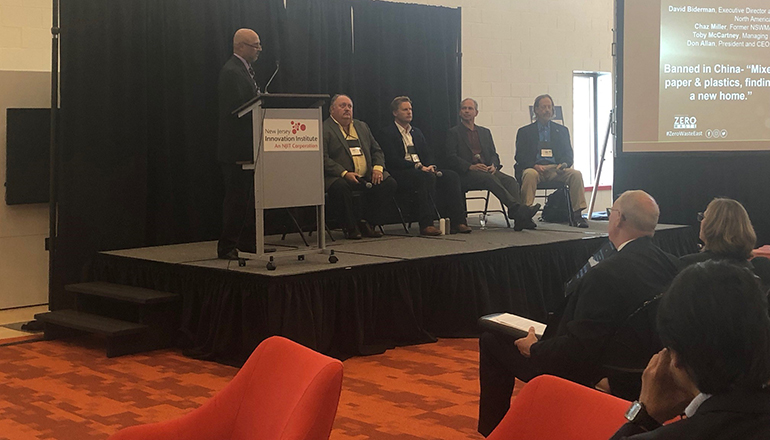 Adding to Biderman’s thoughts, Chaz Miller, longtime veteran of the waste and recycling industry and columnist for Waste360, stated that “many states have laws or requirements around recycling in the states themselves, and many states like South Carolina and Michigan are investing in recycling programs and infrastructure because they can smell opportunity.”

As far as the overseas bans go, Miller questioned how long those bans will last. “American waste paper has tremendously good fiber in it and that fiber is an important raw material to paper mills around the world, so we’ll see how long some of these bans continue.”

Recycling was a common theme amongst speakers at the conference. Some mentioned milestones and best practices, while others expressed a need for change.

“Right now, our recycling system is based on convenience,” said Martin Wolf of Seventh Generation, a company that sells cleaning, paper and personal care products. “We should instead create systems that keep the integrity of the materials.”

Consumers across the globe expect recycling to be an easy concept, and according to many speakers, it’s the job of haulers, recyclers, municipalities and government leaders to make recycling simple yet effective.

Many municipalities and companies have stopped accepting certain materials like glass and specific types of plastic, but some of those changes are leaving consumers confused about what can and cannot be placed in their bins.

To combat that issue, many industry leaders are ramping up education efforts and taking the time to work with consumers to change their behaviors and overcome their confusion.

“If [recycling] is going to work, it’s going to take everyone pulling in the same direction,” stated Ron Bergamini, CEO of Action Environmental Group. 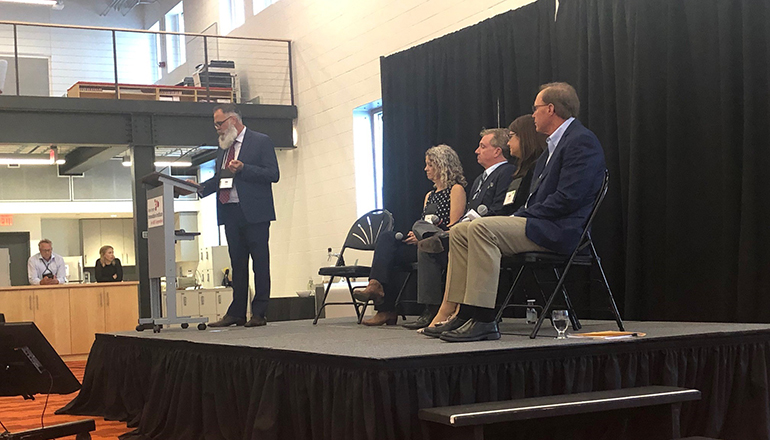 Food waste and organics are an issue that many industries are working to tackle. Some are developing new packaging to extend the life of certain foods, some are capturing food that would otherwise go to waste to feed the needy, some are utilizing composting methods and some are using food waste as a fuel to create energy.

Shawn Kreloff, CEO of Bioenergy DevCo, a developer of anaerobic digestion (AD) facilities, spoke about AD, stating he thinks it has an advantage over landfilling and incineration not just because it’s sustainable but because it’s much less intrusive.

“Landfills are on hundreds of acres, but you can put an AD plant much closer to a source, reducing transportation costs and closing the source as much as possible,” he said. “We work with haulers to make that happen, and we’re working to locate digesters close to transfer stations so we can intercept the material before it goes to landfill. We’re also working to locate plants near natural gas pipelines so we can inject gas back into the pipe and near sandy gravel so we can mix the digestive with sand to make top soil.”

“We’ve all heard the phrase ‘not in my backyard,’ but I heard a new one recently, ‘not on planet Earth’ or NOPE,” he said. “Until we have the scale, economics really can’t catch up. Some think the cost of recycling and composting always has to be less than the cost of solid waste, but that’s just not the reality right now. The economics will eventually come up, but the uncertainty has left a bad taste in everyone’s mouth.” 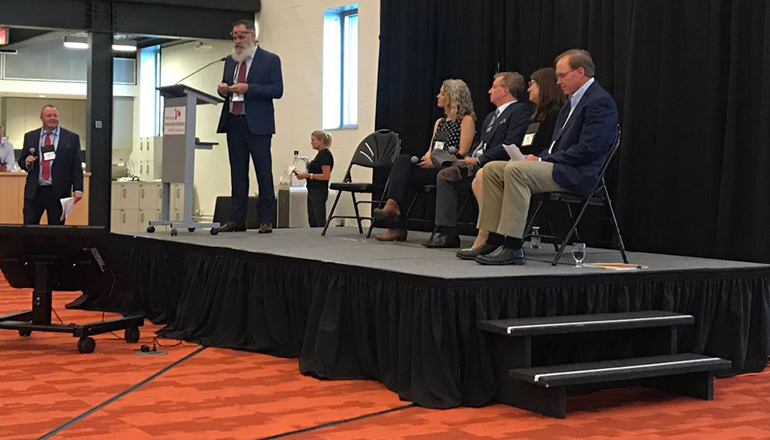 Both Action and Waste Management, along with the City of New York Department of Sanitation (DSNY) and others, service the boroughs of New York City.

DSNY receives 10,000 tons of trash a day, one-third of which is organics suitable for composting. DSNY is working to compost that material via its organics collection program and local policy.

The recently passed Food Recovery and Recycling Act requirements are as follows:

DSNY is celebrating its 30th anniversary of recycling in New York City this year and, according to Bridget Anderson, deputy commissioner, recycling and sustainability for DSNY, it has the leadership and direction needed to continue to expand its recycling and composting efforts.

The second day of the conference focused primarily on energy, exploring topics like technology, waste-to-energy, solar and renewable energy. The speakers discussed some goals set in place by municipalities and the impact that renewable energy could have on the world’s future.

Henk Rogers, founder of the Blue Planet Foundation, spoke about his four missions: ending the use of carbon-based fuel, ending war, making a backup form of life by going to other planets and finding out how the universe ends and doing something about it.

While some of those missions may seem impossible, he is making some headway on ending the use of carbon-based fuel. 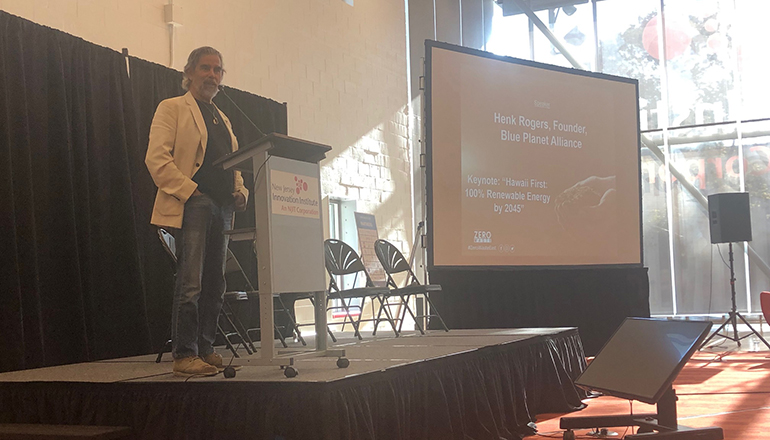 For other states looking to follow suit and set renewable energy goals of their own, Rogers said to first create and implement a mandate and then have the people in your jurisdiction figure out how to do it. “So many of us are trying to achieve the same thing, but we’re yelling in individual silos. It’s time for us to get out of the silos and work together to fight climate change like we did the World War.”

According to Daniel Sandel, founder and CEO of iNeighborhoods, renewable energy and zero waste are all about the people, organizations and resource alignment and getting people out of their silos to make things happen. “Start small and then grow organically to meet your larger goals,” he noted.

In terms of waste-to-energy, Michael Van Brunt of Covanta said there’s still significant room for energy recovery in the U.S., and energy recovery could very well look very different 10 to 20 years from now.

“The facilities brought online today are more efficient, and one thing we’re looking at is how to capture more value from what’s left over from our waste stream,” he said. “Every year, we’re recovering the equivalent of about six Golden Gate Bridges and 3 billion aluminum cans of metal from the ash that goes to our facilities. Metal isn’t the only piece; there’s also nontraditional metal value from ash like smaller pieces of aluminum and ferrous metal that we can’t pull out today. We hope to use technology to go finer and finer and to pull those materials out of the stream.”

Looking forward to the future, he said it’s important to note that there isn’t one solution and that the industry needs to be prepared to go in one direction and learn that direction was wrong.

“We need to be flexible and prepared to meet the challenges of the future while at the same time figuring out how to minimize impacts,” he stated. “I would love to think the waste sector is ruling the world, but we’re not. We, unfortunately, have to take what we get sometimes.”