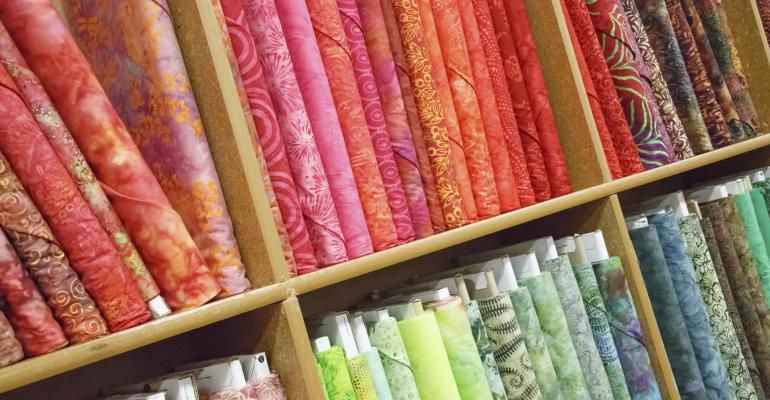 Part one of a three-part series this week highlights what’s happening on the textiles recovery and reuse front.

In a multipart series this week, Waste360 will examine the problem of textile waste and how some companies and municipalities are working to develop effective and efficient recycling and waste reduction efforts. To read part two, click here. To read part three, click here.

Textiles are now the fastest growing type of waste, accounting for about 16.2 million tons in the U.S. Most of this waste is landfilled or incinerated, with about 16 percent of it recycled. Each year, Americans throw out more, a pattern that comes with large environmental and financial impacts, with municipalities especially feeling the consequences. Meanwhile, there is almost no infrastructure to manage these materials, with the biggest hurdles being a lack of sophisticated sorting methods and no scalable collections systems.

“Textiles are outpacing almost every waste type in our stream,” says Marisa Adler, RRS senior consultant. “It’s grown 71 percent in 15 years, while the overall stream has grown by 6 percent. So, we have a textiles crisis, and it doesn’t seem to be subsiding because consumers continue purchasing at the same rate with clothes becoming more affordable and people keeping them and other textiles for less time. They are starting to treat them as disposables.”

A big question, according to Anne Johnson, vice president of RRS, becomes how can we recover more?

There are emerging trends attempting to answer this question, including a rise in drop box programs. There are nongovernmental organizations programs and nonprofits partnering with brands on takeback programs. There have been curbside collection programs as well, though they are few and spotty.

RRS did a cost analysis of textile waste and found national disposal rates of more than $3 billion, a number Johnson says is projected to rise to more than $4 billion by 2020.

Governments with the strongest waste diversion policies and that heavily focus on consumer education tend to have the lowest percentages in their streams, she said in a recent webinar on textiles, hosted by Textile Exchange and organized by RRS.

“There are brand-sponsored takeback programs [such as Eileen Fisher] and municipalities trying to drive innovation on reuse programs. Some organizations [like Project Green Zone that offers communities secure drop box systems] and regions are active. But we are not seeing collective action. The question is, how do we bring all stakeholders together?” said Johnson in the webinar.

The focus needs to be on regulations, policies and bolstering consumer awareness, she said. The regulations piece is especially critical to support sustainable, reputable programs and to circumvent problems such as those that have arisen with collection boxes in public spaces.

“Some [collectors utilizing boxes] have run into problems with zoning ordinances because people have dumped furniture and other materials that don’t belong in the stream. And there has been fraud with less-known organizations providing misleading information on their practices,” said Johnson.

A few years ago, CharityWatch disclosed that Planet Aid reported spending 84 percent on programs when it actually only spent 17 percent on programs, which created a large controversy. The Better Business Bureau (BBB), however, rates them very well, but the two use different evaluation methods.

Even much of what is recovered that moves on for reuse is exported to emerging economies, meaning the value is not maximized.

Despite the issues, there is a lot of potential value in recovered textiles to include apparel, housewares like linens and various fibers for reuse and recycling.

There are technologies beginning to emerge, such as mechanical sorting. Industry stakeholders also see promise in technologies where fibers can be extracted and processed into new items, though these methods are still in research and development stages and/or have no infrastructure at scale.

Speaking of already established systems, Johnson said, “Goodwill and other charities are doing a great job. But we’ve seen the growth in waste is so great that this donation channel cannot keep up. We need to figure out how to take the [donation/recovery] system we have and scale it. I think that means building on something like Goodwill and adding curbside collections. Even with curbside collections and donations we will be flooded, so we need more mechanized sorting … and we need to build fiber-to-fiber recycling … that’s what we don’t have in place, and that’s what we need.”

Making progress will also mean asking some key questions first, including: How do we find economically viable solutions to reduce waste? Why are some cities more successful? And what is needed to scale solutions?