Could Standardized Recycling Labels Be the Solution to Overcoming the Industry’s China Ban Woes? 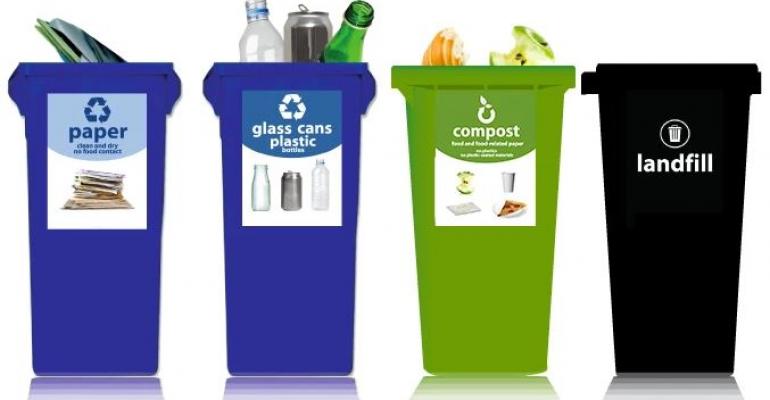 Standardization could help the waste and recycling industry overcome issues like contamination and confusion at the bin.

China’s recently enacted waste import ban and contamination standard have caused many companies and individuals within the waste and recycling industry to scramble to find new homes for materials and new solutions for reducing contamination of recyclables. But Recycle Across America (RAA), a nonprofit dedicated to expediting environmental progress and helping people understand the importance of recycling, is offering up a solution to overcome these challenges: society-wide standardized labels on recycling bins.

Recycle Across America created the standardized recycling labels nearly nine years ago in an effort to make it easier for people to begin to recycle right, ultimately reducing contamination and confusion at the bin.

“The problems that led me to even think about making the standardized labels in the first place are exactly the problems that everyone is talking about right now,” says Mitch Hedlund, founder and executive director of Recycle Across America. “Around 2009, contamination was such a large issue, and China was already starting to warn the U.S. about the importance of keeping its recyclables clean. Fast-forward to 2013, and China officially warns the U.S. with its Green Fence policy to restrict the amount of recyclables it would buy from the U.S. until the country cleans up the materials. Nothing was done about it, so now, in 2018, China is banning certain materials, which is causing everyone to finally wake up about this issue.” 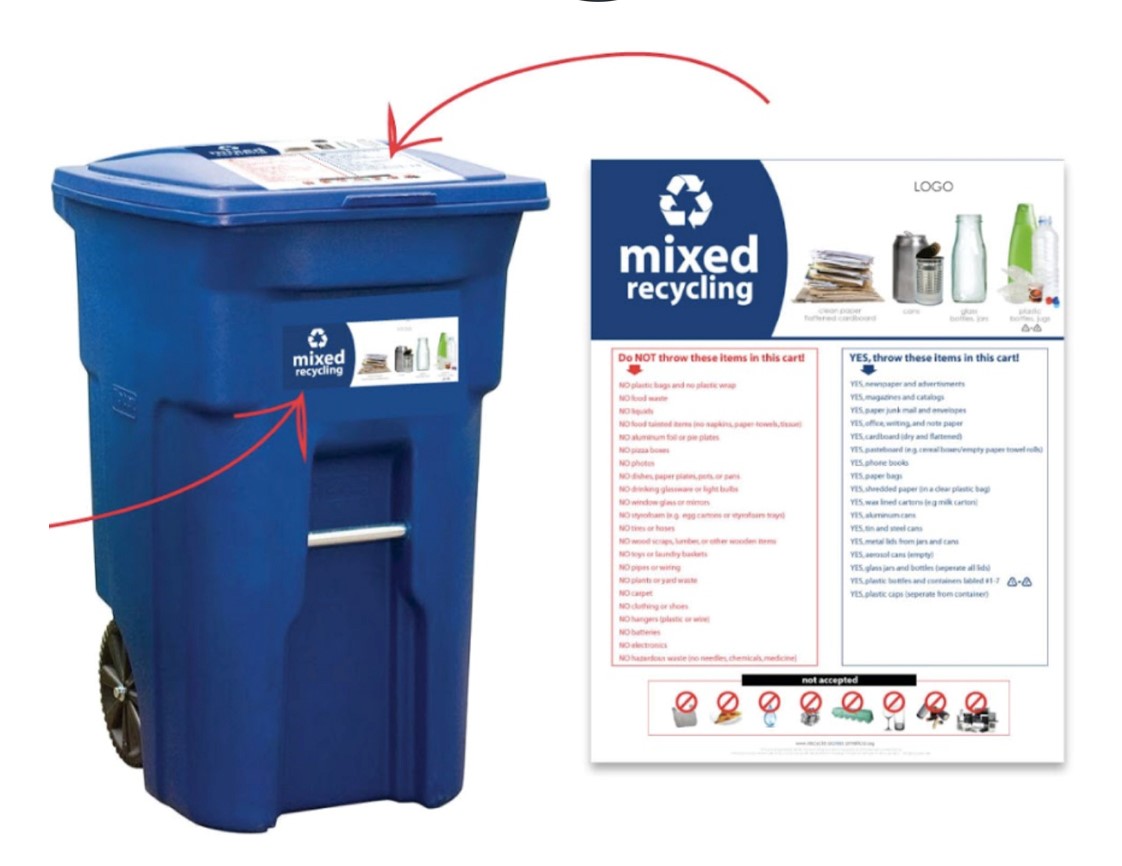 For years, no one really wanted to address the issue of contamination because companies and individuals were able to sell their materials to China, comments Hedlund. But now, with the ban and contamination standard in place, people want to talk about the problem because they are feeling the effects of contamination and need an effective solution.

“I wasn’t sure if the standardized labels would work when I first created them, but nine years later, I can say that they do work,” says Hedlund. “The industry is currently dealing with a crisis that it needs to overcome, and I can say with confidence that we have the solution. We know it works, our partners know it works and now we need the rest of the industry to adopt this solution to get it to work on a greater scale.”

Currently, there are more than 8 million standardized labels in use throughout the U.S. by K-12 schools and universities, national parks, Whole Foods stores, airports, retail stores, sports stadiums, Disney World and others. 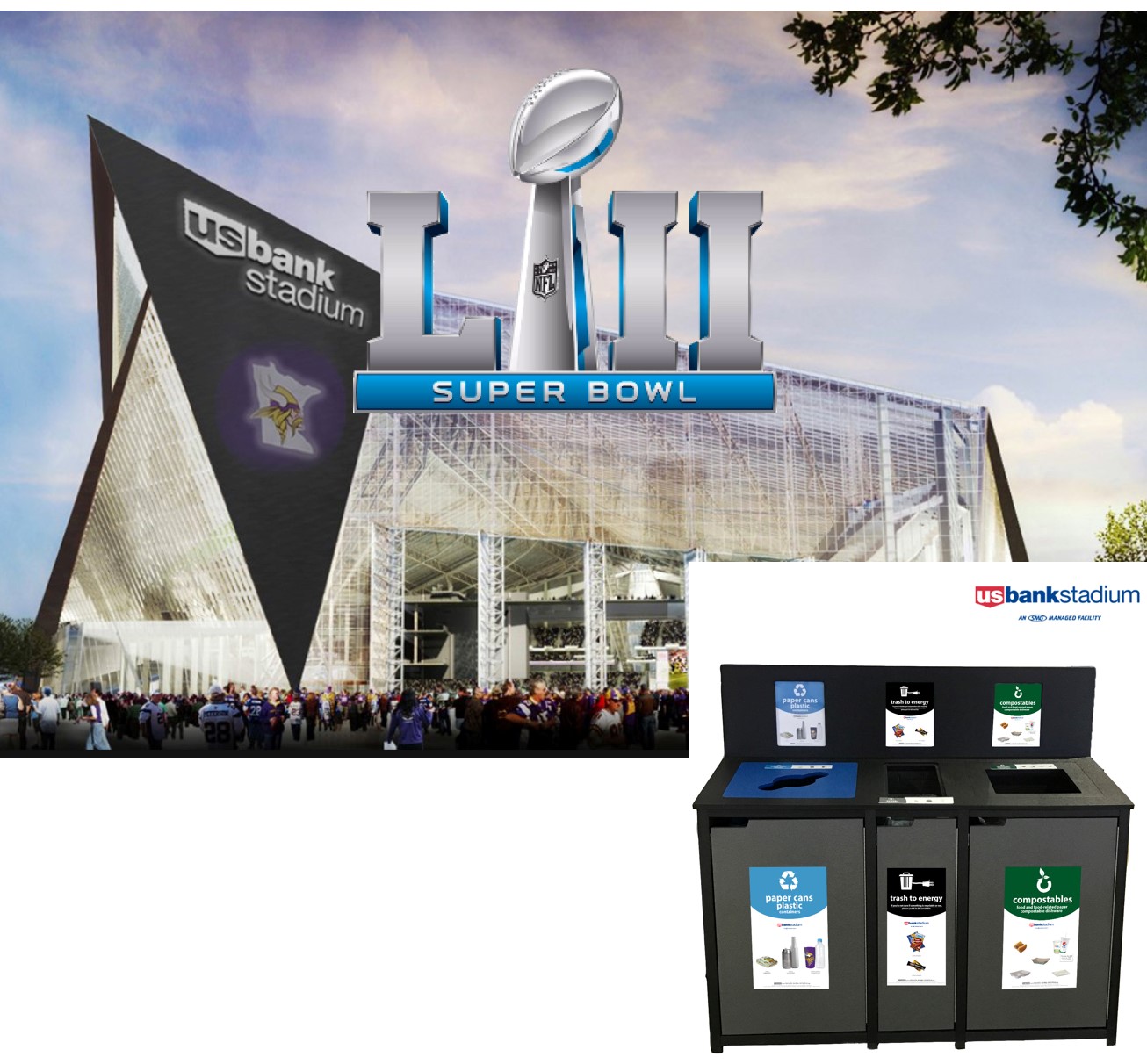 Disney World, which has approximately 90,000 employees, made the decision to use the standardized labels to divert more material from landfill and get more cast members to recycle. Since adding the labels to containers, the company has drastically reduced contamination and increased recycling.

“I left my 19-year career at Disney because I saw the successes of its recycling program and the labels, and I wanted to help others reduce contamination,” says Andrea Ruiz-Hays, director of strategic alliances at Recycle Across America. “Disney’s hauler tells us that they love picking up Disney’s material because there is very little contamination. But there is one problem: Disney’s clean material is being collected by a truck that services Disney and other businesses nearby that don’t use standardized labels and may have contaminated materials. So now, that clean material is contaminated because the other materials being collected are contaminated. This is one common problem that I am working with RAA and haulers to overcome.”

Recycle Across America is currently approaching haulers and board members to see that they have what they need to get on board with providing or selling the labels to their accounts. Historically, someone inside a business or school has had to try and figure out how to label their bins, and that’s where the problem of confusion at the bin comes into play.

“Having people who are not part of the waste and recycling industry make those critical decisions of how to label bins is the point of failure because they may be unaware of what can and cannot be recycled and their colleagues are going to follow the labels on the bins or guess which materials go in which bin,” says Hedlund. “It’s like having people make their own stop signs or speed limit signs; no one would be able to drive properly. Just like stop signs and speed limit signs need standardization for people to drive properly, recycling bins need standardization for people to recycle properly.”

To minimize confusion and get the solution off the ground properly, Hedlund says materials recovery facilities (MRFs) need to be the ones dictating what the standardized labels should look like for their local communities, residents and businesses. Then, the hauler or municipality can add their logo to the labels if they want and sell or provide the labels to their customers. This process eliminates the need for customers to try and label their own bins, ultimately combating the problem of confusion at the bin.

The labels have a methodology to them. The colors represent particular ways of separating materials, the language is very specific and simple and the photos include clear images of materials surrounded by a lot of white space. These labels can be slightly modified to represent what needs to go in each bin, but the format of the label remains the same.

“The State of Rhode Island has one MRF, so it modified labels and rolled them out to the entire state about two years ago,” says Hedlund. “In the first year of using the labels, the state’s contaminated truckloads dropped almost 20 percent. And now, in its second year, it’s expecting that number to drop even more as people become more familiar with the labels.”

As Recycle Across America moves to get more companies, residents, municipalities and haulers on board with standardization, it has one big concern: the misconception that there needs to be more education. While education is an important factor to increasing recycling, you can’t educate society out of confusion, according to Hedlund.

“Most of us go through driver’s ed when we are 15 years old to learn the standardized signage and indicators for driving so that when we start driving, we are aware of when to stop, what speed to drive at, etc.,” says Hedlund. “And while education is important and serves a purpose, it only works because there are standardized signs whenever you drive and most of us never have to go back to driver’s ed. When it comes to recycling, however, we can’t educate our way out of the problem because every label on every bin looks entirely different no matter where you go. It isn’t an issue with the lack of education; it’s an issue with standardization.” 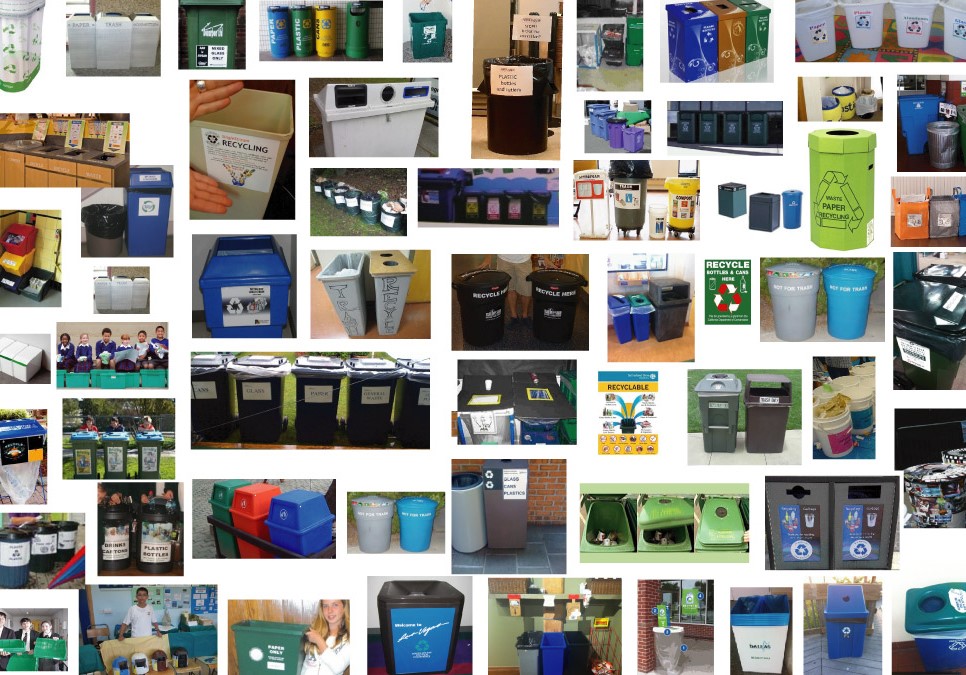 “We cannot allow people to lose trust in recycling,” states Hedlund. “As an industry, we need to work together to increase recycling and reduce contamination and confusion at the bin through standardization. Everyone is making these big zero waste goals while the wheels are falling of their recycling wagon, and the only way to get the wheels back on the wagon is by getting everyone on the same page.”