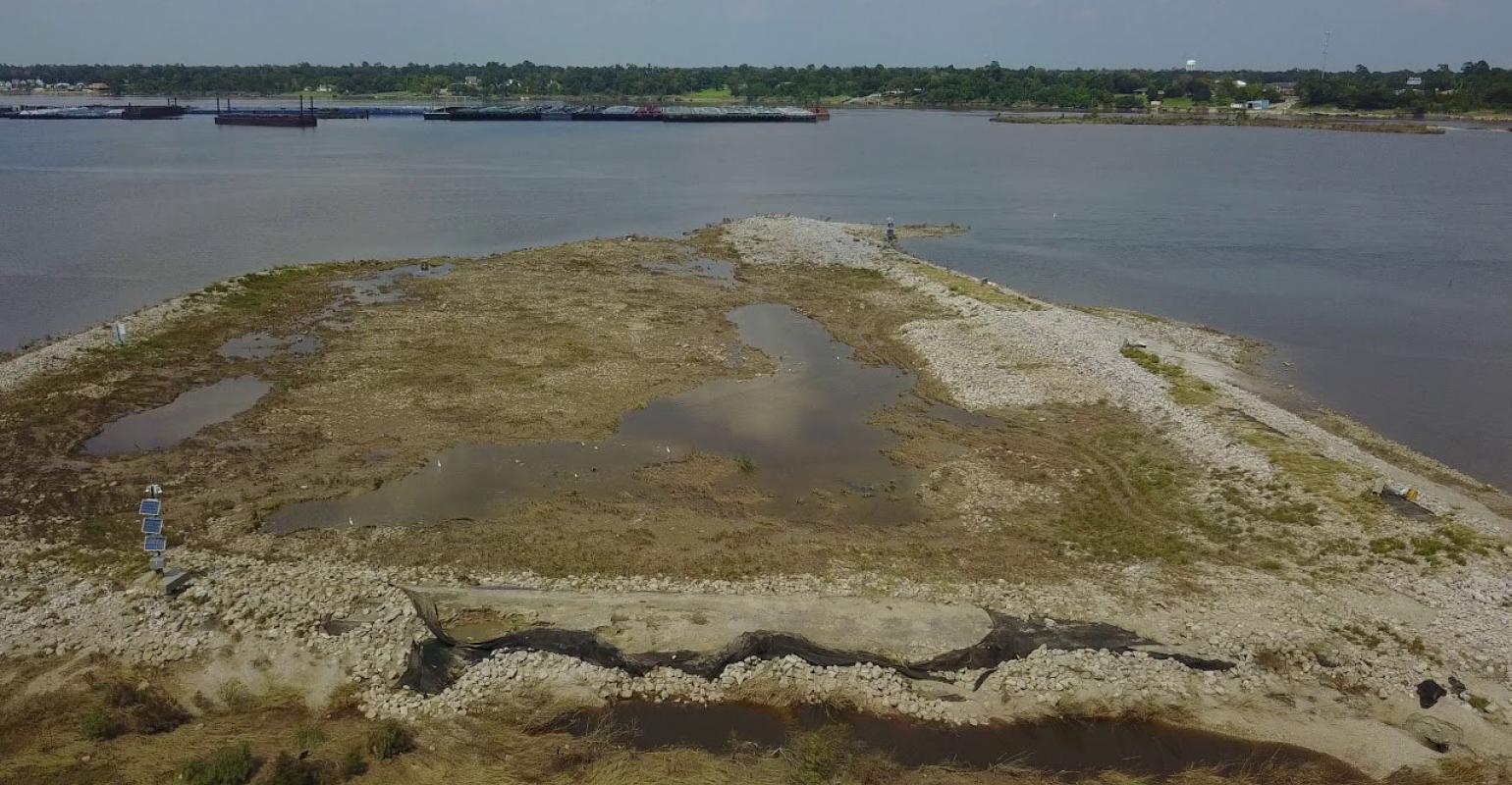 The plan to repair the cap is expected to be completed in November, then site cleanup can begin.

In preparation for this year’s hurricane season, contractors in Houston are securing the cap of a sloped area of the San Jacinto Waste Pits that has been a major cause of headaches over the years.

Installation of an “articulated concrete block” that will extend from the surface of the capped area to the bottom of the San Jacinto River will be a temporary solution while environmental officials work on a more permanent design to remove toxins from the site, according to a Houston Chronicle report. The Chronicle reports that in May, roughly 4,100 square yards of material was installed over the existing cap on the northwest side, which has been a source of trouble during heavy storms and hurricanes.

Back in 2017, the U.S. Environmental Protection Agency negotiated its plan for a $115 million project to remove dioxins and other toxins from the San Jacinto Waste Pits. The pits became a federal Superfund site in 2008, making it one of the 43 Superfund sites in the coastal areas affected by Hurricane Harvey.

According to the Chronicle, the plan to repair the cap is expected to be completed in November, then the actual cleanup can begin.

With hurricane season underway, contractors this week secured a sloped area of the San Jacinto Waste Pits that has needed multiple repairs over the years — an interim fix while officials continue to work on a design to remove cancer-causing toxins from the site.

The pits became a federal Superfund site in 2008 and were capped in 2011, partly in response to prior reports of leaks and fears of damage from hurricanes. But the northwest side has been a source of trouble, especially during heavy storms and hurricanes, because it includes a steep slope.

After Hurricane Harvey in 2017, the U.S. Environmental Protection Agency found dioxin sediment near the pits at a level that was more than 2,000 times the agency’s standard for cleanup. While rocks have been used to help keep the cap on the flat parts of the site, the rocks would slide off the northwest side, said Gary Baumgarten, project manager with the EPA.