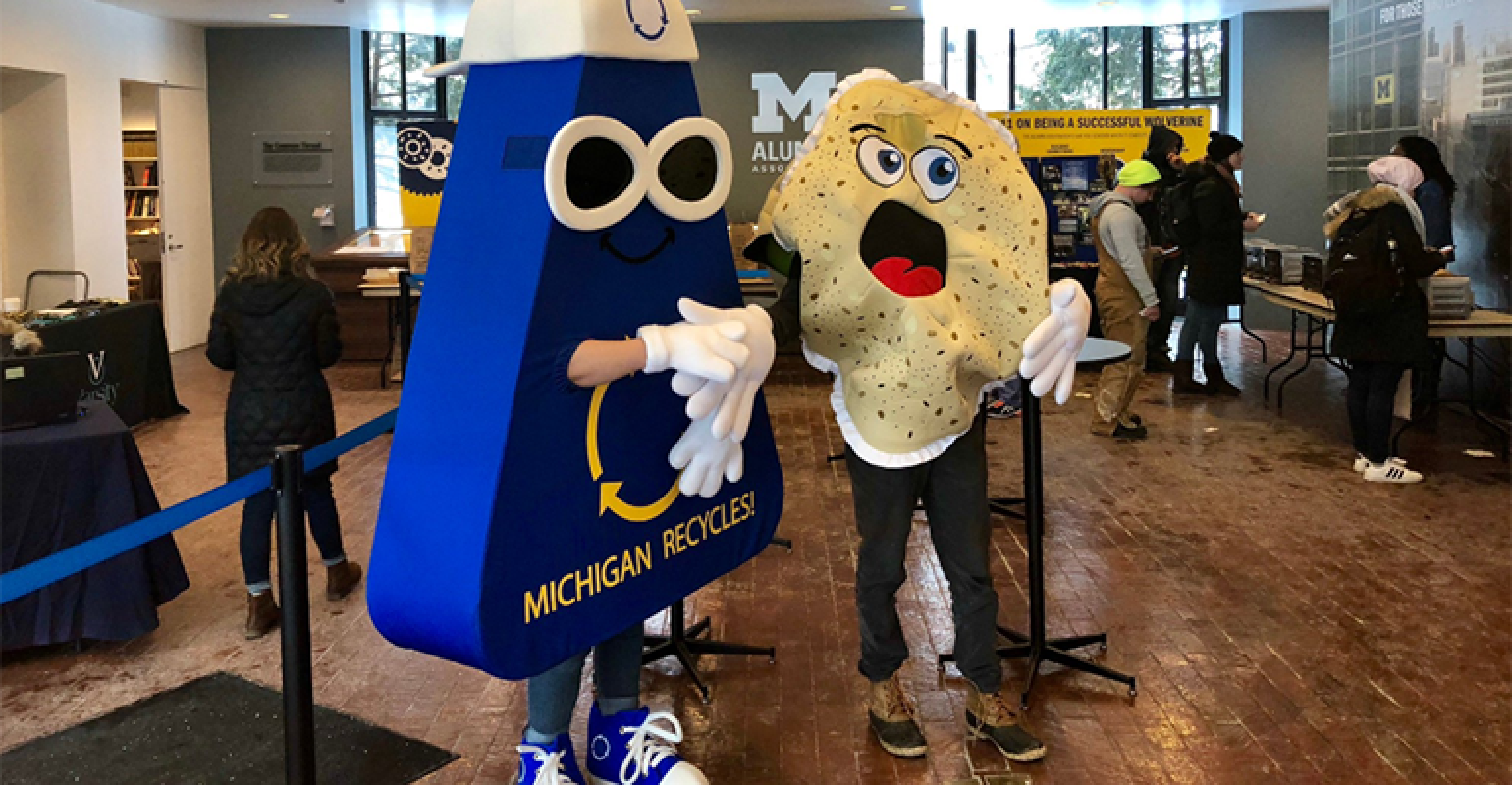 Colleges and universities in the U.S. can create a significant amount of waste, so many are implementing new measures to reduce waste.

With densely populated living quarters, dining halls and ongoing events, colleges and universities in the U.S. can create a significant amount of waste. To improve their carbon footprints, many higher education institutions have implemented measures for reducing waste in their sustainability plans.

Recently, California State University, Los Angeles (Cal State LA) announced it had banned the use of plastic straws and bags to reach its goal of becoming a zero waste university.

It is estimated that about 8 million metric tons of plastic ends up in the world’s oceans each year. Such waste negatively impacts hundreds of marine species, including sea turtles, with more than 80 percent of debris-related harm associated with plastic, according to the California Coastal Commission.

“All members of the campus community are responsible for doing their part to make Cal State LA more sustainable,” says Brad Haydel, energy and sustainability manager in facilities, planning, design and construction for California State University, Los Angeles. “However, the Campus Sustainability Committee is charged with educating and engaging campus stakeholders and external partners on sustainability issues, integrating sustainability into campus policies and procedures and facilitating communication of initiatives, strategic plans, assessments and updates on campus sustainability efforts, both internally and externally.” 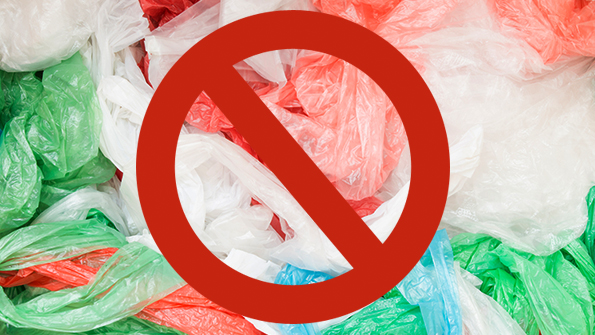 The university’s goal is to achieve 90 percent waste diversion by 2026 and zero waste by 2036 by managing products, services and processes to systematically reduce and eventually eliminate the volume of waste and materials, as well as conserve and recover all resources without burning or burying. These thresholds will help reduce greenhouse gas emissions associated with waste sent to landfills.

In 2007, the University of Maryland (UMD) signed the American College and University President's Climate Commitment and formed an Office of Sustainability that same year. In 2009, UMD implemented a Climate Action Plan.

“[UMD] continues to take great pride in being a climate action and sustainability leader. We believe that through the strength of our university community, we can help engage and inspire the rest of our country and the world to take action to combat global climate change and preserve the natural resources of our planet for future generations,” says Andrew Muir, communications manager for the Office of Sustainability at UMD, based in College Park, Md.

“In 2020, we will achieve a 50 percent reduction in greenhouse gas emissions,” says Muir. “We have also started workgroups for a Carbon Neutral Fleet and Carbon Neutral Commuting, aimed at neutralizing emissions from university fleet vehicles and general commuting to campus.” 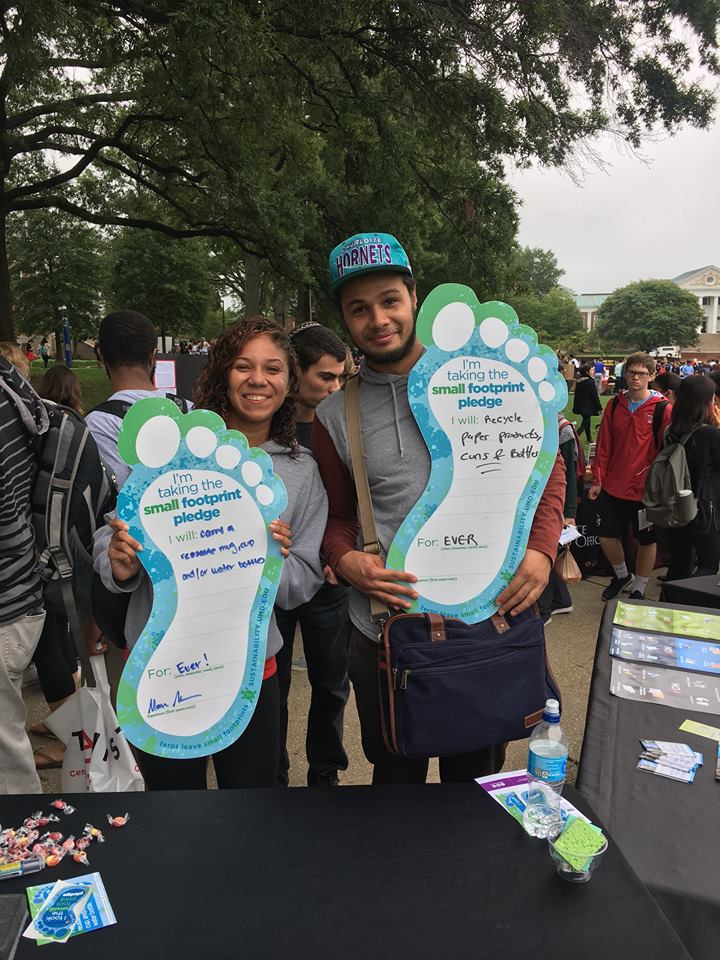 UMD students have helped lead the way in reducing greenhouse gas emissions by committing to a permanent carve out from the University Sustainability Fund to offset emissions from undergraduate student commuting. Dining Services also received a Sustainability Fund grant to eliminate plastic products from campus shops and cafes.

UMD is a land grant institution, founded in 1865 as an agricultural school. The university and the state of Maryland have a longstanding commitment to environmental stewardship and the preservation of the Chesapeake Bay. However, a greater focus on sustainability at UMD began in 2002 with the integration of sustainability into the campus Facilities Master Plan.

“There is no set deadline for implementation, but in order to be on target for our climate goals as laid out in the Climate Action Plan, we need to ensure that we are implementing programs as soon as possible so that we may have enough time to see what strategies are most effective in lowering our carbon footprint,” says Muir. “2050 remains our deadline for achieving carbon neutrality, but we are exploring ways to see if it's possible to move up that date.”

Implemented in 2011, the University of Michigan’s (U-M) waste reduction efforts are guided by a goal to reduce waste sent to landfills 40 percent by 2025, compared to a 2006 baseline. The target goal is 7,900 tons to landfill annually. 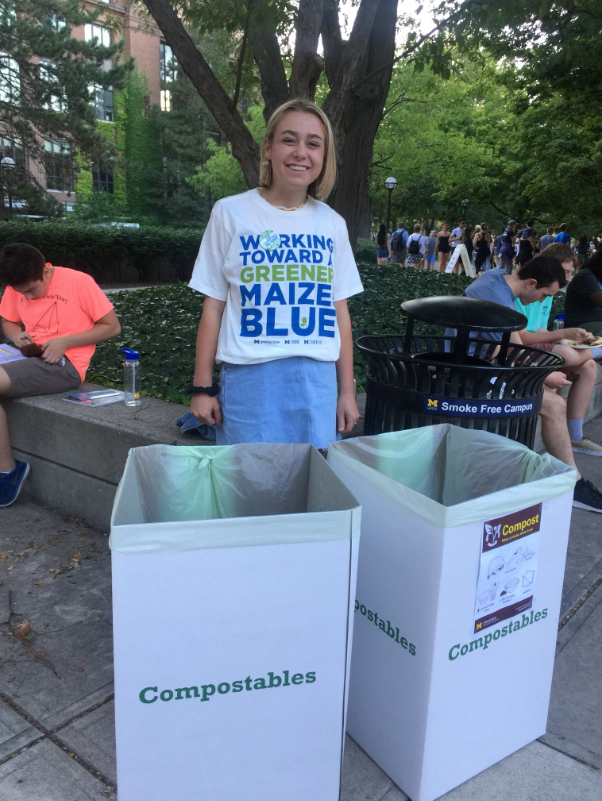 “In 2011, U-M set out to strengthen its commitment to sustainability by establishing long-term sustainability goals that would be ambitious yet potentially attainable. As a large educational institution, we have a responsibility and opportunity to engage the leaders of tomorrow in developing a sustainable lifestyle,” says Tracy Artley, recycling program manager for the University of Michigan’s Office of Campus Sustainability, based in Ann Arbor, Mich.

“There is widespread commitment across U-M for achieving the 2025 goal,” says Artley. “The recently completed project to standardize waste bins and signage across campus was supported at the presidential level. Students, faculty and staff have responded enthusiastically to the expansion of post-consumer composting in cafes, break rooms, at events and in many other spaces.”