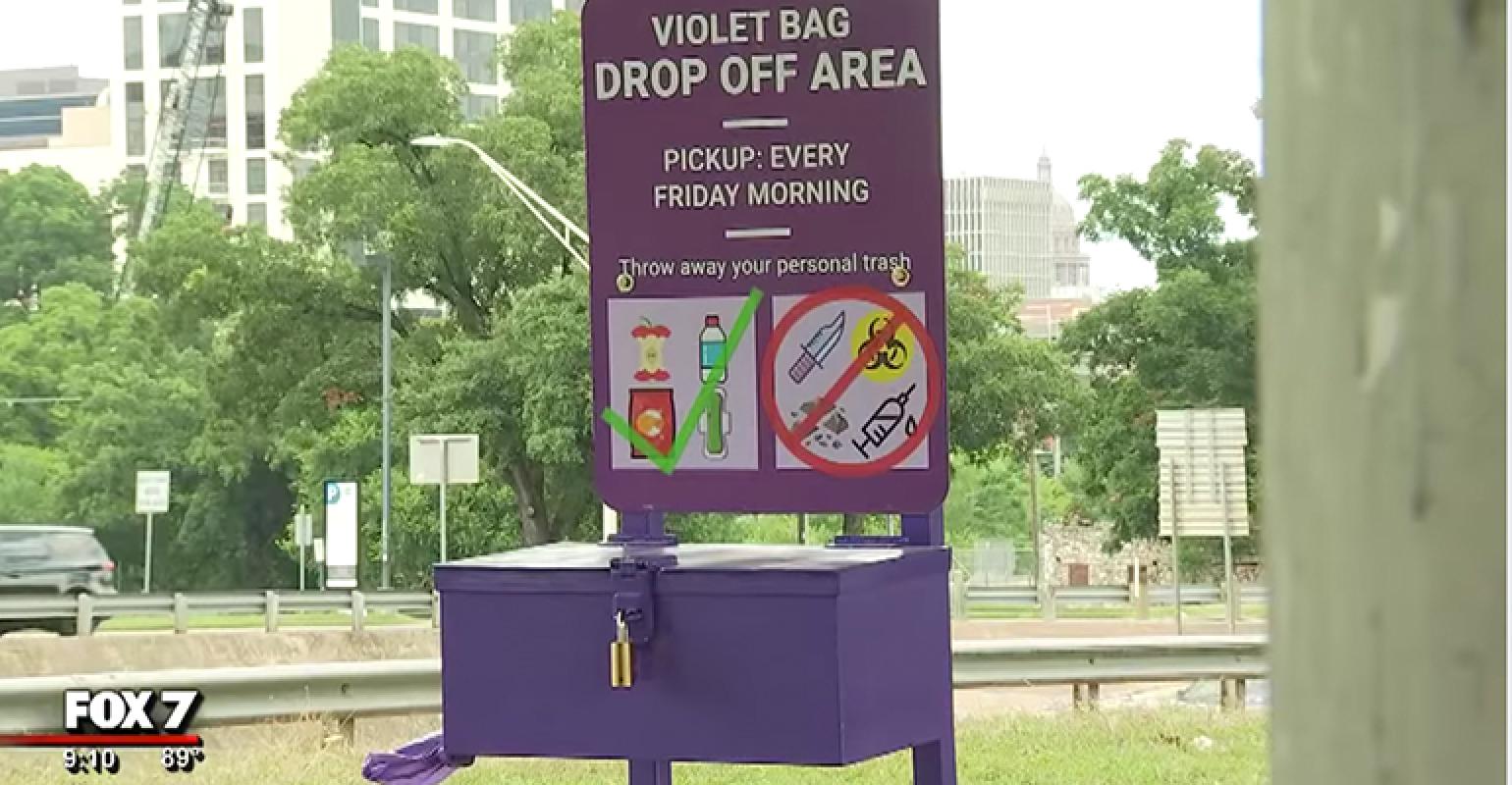 Austin has begun testing phase 2 of the violet trash bag program, in which bag kiosks are being added to the heaviest hit areas of the city.

The city of Austin, Texas, is expanding its violet trash bag pilot program to clean up homeless encampment sites in the heaviest hit areas of the city.

The city has rolled out its program in two phases and estimates between 50 and 80 percent of the bags already distributed have been filled for pickup.

In the first phase of the project, four areas were chosen that get the most trash-related complaints called into Austin’s 311 calling system. Now, the city has begun testing phase 2, in which bag kiosks are being added to all locations. The city is also testing bigger bags and some containers that can be picked up by collection trucks instead of by hand.

Austin is expanding the “violet” trash bag pilot program to clean up homeless camping sites which started a few months ago.

The city says crews distributed about 1,700 bags in seven weeks since the program started in July.

In “phase 1,” four areas were chosen that get the most trash-related complaints called into Austin’s 311. The areas picked include Ohlen Road and US Highway 183 in North Austin, Cameron Road and U.S. 183 in northeast Austin, Cesar Chavez and Interstate Highway 35 in central Austin and Packsaddle Pass and State Highway 71 in south Austin.