The environment often gets referred to as “God’s country.” Two men want Christians and others of faith to take that sentiment to heart, so they made a documentary film to achieve that goal.

“Our Father’s World” is a 27-minute educational film that is a creation of filmmaker Bob Giguere and Raymond Randall, leader of the Creation Care Team at the Longwood, Fla.-based Northland, A Church Distributed, a congregation that worships through the Internet. The film outlines the role that Christians should play in environmentalism, the two believe.

About five years ago, the church had been discussing making a greater connection between environmental stewardship and scripture, Randall says. They showed to the congregation an environmental video, “The Great Warming,” but the content only divided them along political lines. Giguere wanted to do some ministry, and the two began working on the concept.

“We started talking about maybe it’s not the message but really the messenger,” Giguere says. “We wanted to see if we couldn’t craft a message that is brought to Christians told to them by respectable, credible Christians or validators.”

The two sought a diverse group of church leaders to talk on the film, which was narrated by Northland’s pastor, Joel Hunter. 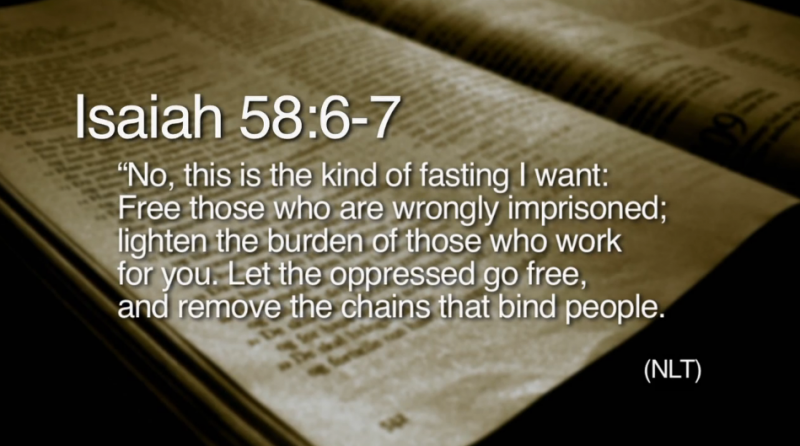 biblical mandate and stewardship for God’s creation,” Randall says. “We sought out people on both left and right side of the evangelical world so we could provide a balanced approach to what stewardship was.”

The film focuses on scripture relating to environmental stewardship, so people of faith that believe it’s the inspired word of God can’t really argue the point with the distraction of other issues. “We really should be focusing on what the common ground is,” Randall says. According to the Bible, God created the earth and then commanded Adam to cultivate it and keep it.

In making the film they connected with groups like the Sierra Club and Conservation International that were eager to become involved in the project. “They realized that the faith community is very efficient at working with the poor and the homeless and the elderly and other social issues,” Randall says, “and they were excited about them getting behind the environmental stewardship as well.”

The film is a free download available from the church. The filmmakers intend it as an educational tool for churches of all sizes and hope it will generate discussion. Universities have used it in classes as well.

Giguere says it’s really about feeling nature and God’s presence in it. “I think our role is just to motivate people to see and experience what is right in front of them every single day.”