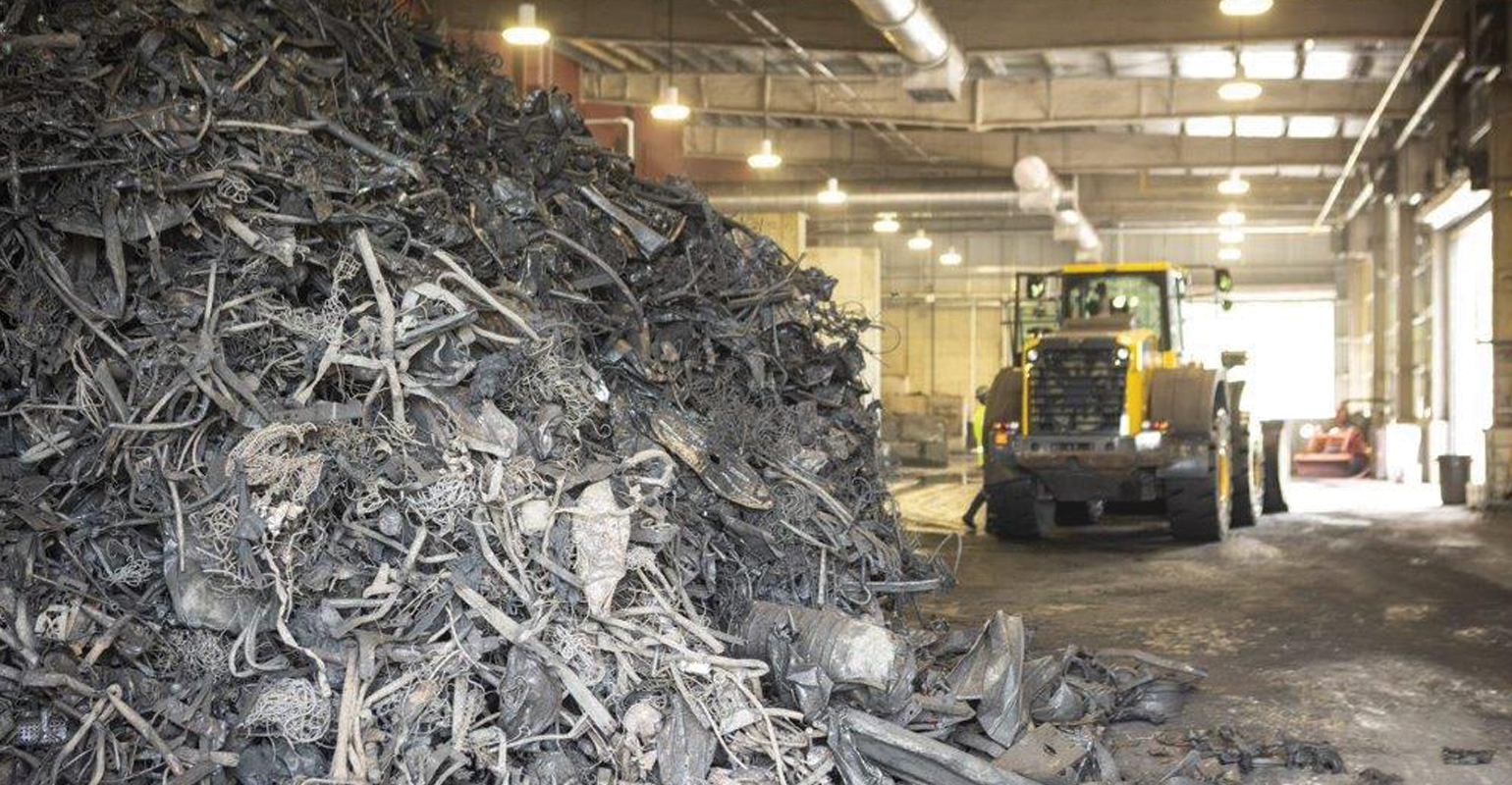 York Reduction Systems is using a wet system that extracts sand, aggregate, and metals from incineration ash to make subbase for parking lots.

The company is running 140,000 tons a year of ash produced at a York, PA waste-to-energy facility (WTE), reducing that material to the city’s landfill by 30%, according to Jay Berman, chief operating officer, Pure Recovery Group, which created the technology licensed to York Reduction Systems.

Berman says the company, is “inches away” from locking in a commitment with a road construction company who will take all the materials; and at that time diversion should increase to about 50 percent.

The system extracts sand and aggregate from ash using water. A density separation process separates light materials like sand and charcoal from heavy materials, such as aggregate and metals. Metals are further separated by an eddy current that pulls non-ferrous metals such as copper and aluminum. The remaining aggregate is mixed with the sand to make the subbase. Unburnt fuel from the ash is returned to the WTE plant.

What distinguishes it from other ash processing technologies, according to Berman is the wet process.

“A wet density separation process means ash does not require aging. We can process it wet the day it comes from the waste-to-energy plant. So, we save time and space. While if it is air-dried it must be piled in windrows to let the air get to it for days or weeks,” he says. 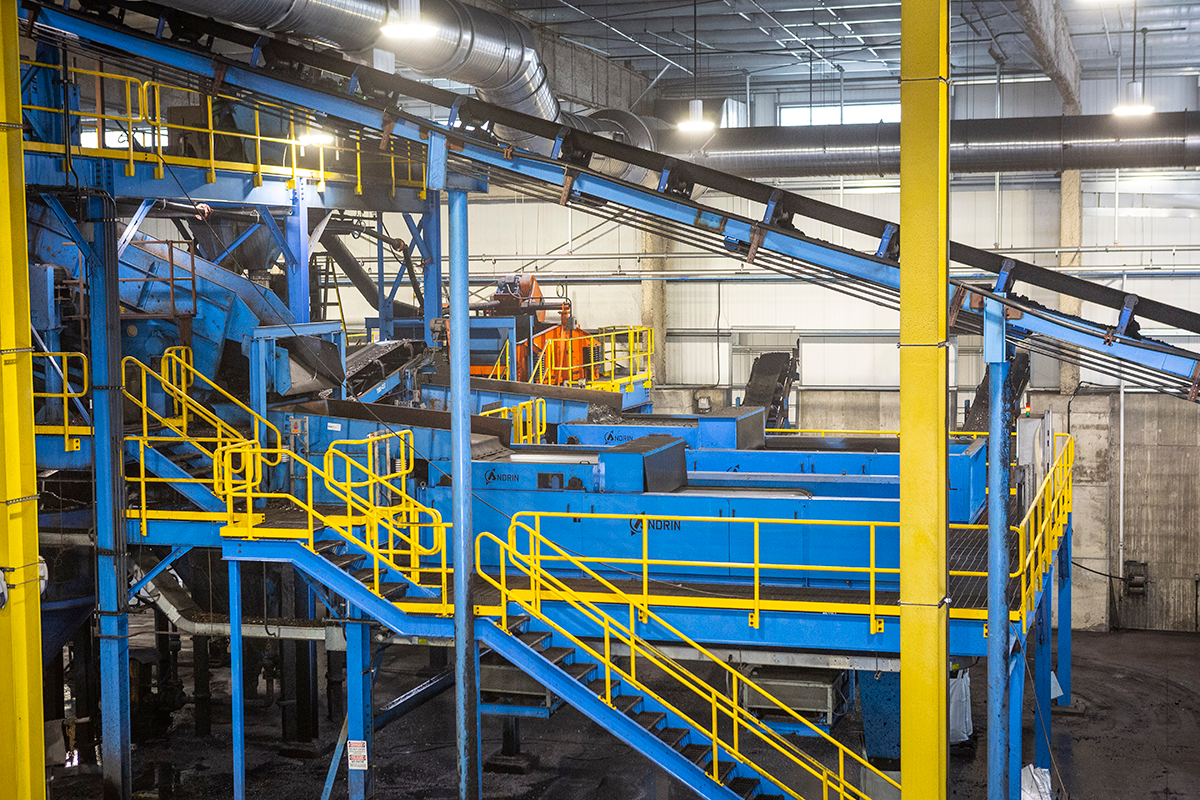 The plant was built solely to process ash from the York facility following three pilots that were privately financed by the Morgan Investment Group. “Now we have a commercially viable business. York Reduction Systems will support itself,” says Berman.

The York County Solid Waste and Refuse Authority contracted with Pure Recovery for a commercial scale demo plant in 2014.

The increase in metals generated in that demo was sufficient justification to get serious about investing, says Dave Vollero, Executive Director of the York County Solid Waste and Refuse Authority. Around13% of ash by weight is recovered metals.  Though there were other sells: it uses relatively small amounts of water in the cleaning process as the water is continually recirculated in a closed loop system.  “And we could divert more from landfill and have materials that meet Pennsylvania’s criteria for beneficial use.

“We said if you can show us you can do it at scale, we will have a project,” says Vollero.

Following a successful demo, the Authority developed the site and constructed the building and Pure Recovery/York Reduction Systems installed the equipment and technology and operates it.

Reduction Systems and the Authority have shared in project development costs and will share in revenue from products as well as returns from avoided landfill costs.

Trying to develop markets has been slow going; potential end users have been hesitant to take a chance on a new product.

“We went out on a limb realizing we would have to develop these markets once we make product on a regular basis,” says Vollero.

But he had been trying to find ways to recycle ash for over 20 years.

Early in the Authority’s search it signed a contract with York Reduction Systems’ predecessor that recovered ferrous and nonferrous metals and stabilized the remaining ash to make low-grade construction fill. That market dried up, so most of the waste operation’s ash ended up in the landfill.

Toward the end of this earlier contract, the plant was bought by who is now known as Pure Recovery that developed the wet separation system. 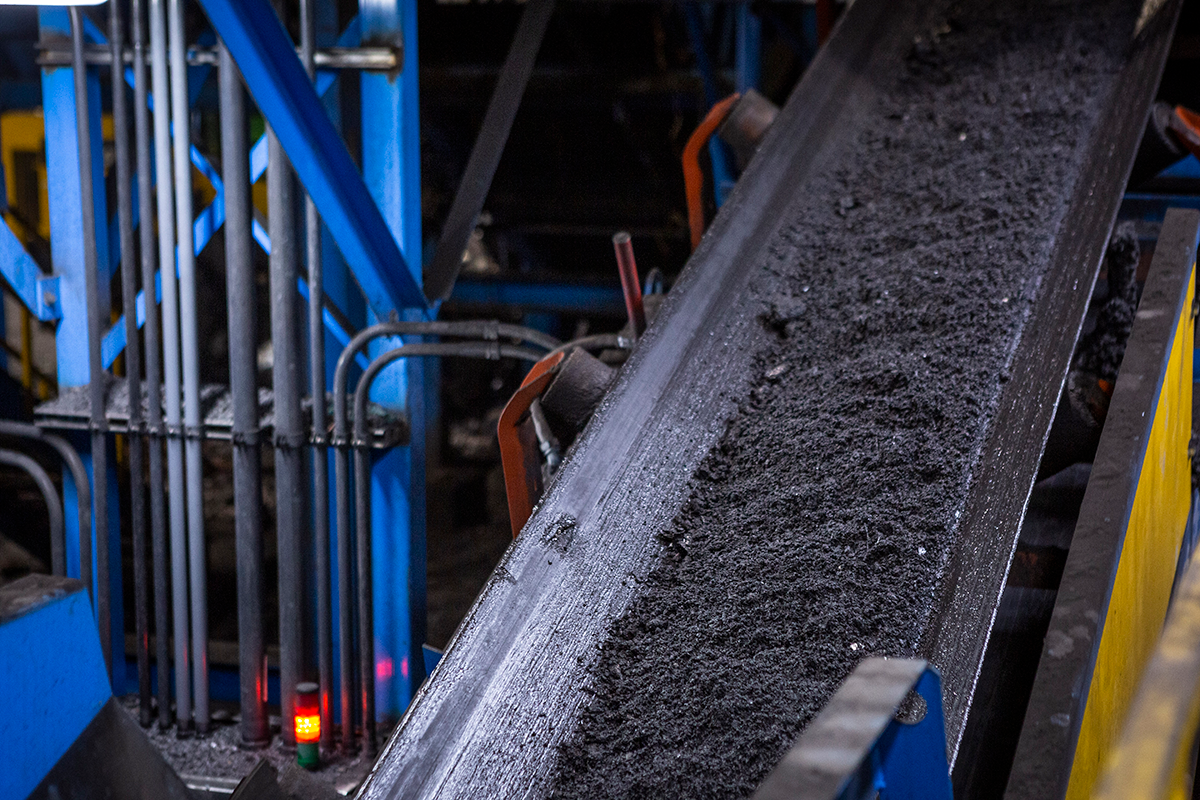 The project which began as a demo several years ago launched at the Authority’s facility at scale in September 2019.

“Metals prices are lower than what we anticipated when the project was envisioned. But I think it’s reasonable to expect that we will see a 50 percent reduction in ash to landfill. And still sell metals, but the return on investment is taking longer,” says Vollero.

The aggregate blend has not been approved as a Department of Transportation application. Though it has been proven to meet the Pennsylvania Department of Environmental Protection’s requirements for subbase (such as the installation must be four feet from the water table and four feet from bedrock.)

Like Vollero, Berman anticipates an acceptance period for potential end users and has been working for that acceptance.

Early on the developer used sand and aggregate from one of its pilots to create a subbase at the York plant’s parking lot.

“We did it to show it lasts through freezes and thaws. And it gave us the opportunity to prove to ourselves it works. But we need someone to use the material on a long-term application for us to be able to show this to others,” says Berman.

Pure Recovery’s objective is to license the technology to any municipality or operator.

“We are looking for any opportunity to get this in front of municipalities that are experiencing diminished landfill space and are aiming for zero waste targets,” says Berman.