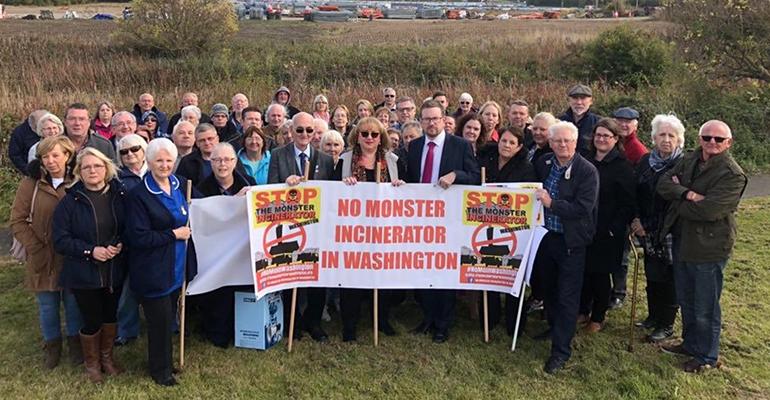 The proposed plant was set to process up to 215,000 tonnes of nonhazardous municipal, commercial and industrial waste every year.

More than 9,000 residents in the Sunderland, England, area signed a petition against the construction of a waste-to-energy facility in the town of Washington, England.

The Sunderland City Council voted against the proposed plant, which was set to process up to 215,000 tonnes of nonhazardous municipal, commercial and industrial waste every year. BBC News reports that the proposed project was “potentially too close to a disused rail line” that had been earmarked for possible Metro extension. Protesters also claimed that they feared the incinerator would release dangerous emissions, attract vermin and generate noise.

Plans to build a "monster incinerator" near the Nissan car factory, in Washington, have been rejected.

The proposals for the waste energy plant at Hillthorn Farm had been opposed by thousands of residents.

Sunderland City Council's planning and highways committee voted against it on Friday at a meeting held at the Stadium of Light.

The firm behind the application, Rolton Kilbride, said it was "very disappointed" with the decision.