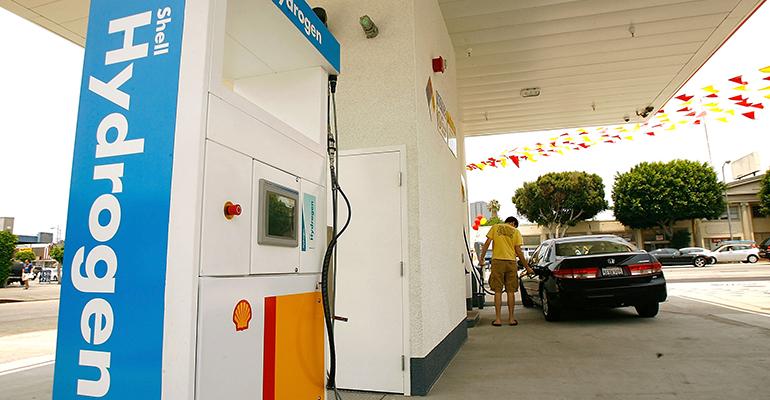 LOS ANGELES -- Southern California Gas Co. (SoCalGas) today announced several of its research and development initiatives designed to enable low-cost, clean hydrogen have been submitted to the U.S. Department of Energy's (DOE) "Earthshot" Hydrogen Program's Request for Information (RFI). The submissions are intended to help DOE's Hydrogen Program prioritize projects that would accelerate clean hydrogen innovations that could reduce emissions, create jobs, and facilitate a net-zero carbon emissions economy by 2050.  SoCalGas is working with multiple collaborators on these initiatives, including the University of California Irvine, University of California Los Angeles, and the Green Hydrogen Coalition, among others.

"Green hydrogen is a renewable energy source that can be ready-to-go whenever it's needed for power generation, manufacturing, or transportation," said Maryam Brown, SoCalGas President. "We believe this flexible, storable fuel will be essential to achieving net-zero emissions in California, and that is why we are working collaboratively with these partners to advance these important hydrogen projects."

SoCalGas recently announced its commitment to the goal of achieving net zero greenhouse gas emissions in its operations and delivery of energy by 2045. In doing so, SoCalGas became the largest gas distribution utility in the nation to include scopes 1, 2, and 3 emissions in its target, aligning with the Paris Agreement's recommendations to limit global warming to 1.5°C by achieving net zero by mid-century.

The programs submitted to the DOE request include:

"The Western United States has abundant renewable resources necessary to make globally-competitive low-cost green hydrogen," said Janice Lin, President and Founder of the Green Hydrogen Coalition. "By working to simultaneously aggregate multi-sectoral demand, scale production, and design the needed infrastructure for transport and storage, HyDeal LA aims to make use of these renewable resources to produce and deliver green hydrogen at scale to accelerate multi-sectoral decarbonization in power plants, transportation, and as a feedstock for industrial customers. HyDeal LA represents an opportunity for the U.S. Department of Energy to promote the development of domestic green hydrogen hubs and establish the U.S. as a leader for this vast new emerging energy export opportunity."

"By using solar energy converted to hydrogen, we aim to create a 100% zero-carbon energy system on the UC Irvine campus," said Jack Brouwer, director of UCI's National Fuel Cell Research Center as well as its Advanced Power and Energy Program. "When deployed, the system we're proposing could be replicable at other universities, industrial campuses, large apartment complexes, military bases, and other multi–megawatt microgrids across the nation."

In its RFI, the DOE notes that hydrogen "enables innovations in energy production and end uses that can help decarbonize some of the most emissions-intensive sectors of our economy: transportation, electricity generation, and industrial applications, including chemicals production. Additional decarbonization opportunities exist for low-carbon hydrogen such as for combined heat and power (CHP) in building applications and through blending with natural gas."

For more information on SoCalGas' mission and climate commitment to net zero by 2045, visit www.socalgas.com/mission.

SoCalGas' mission is to build the cleanest, safest, and most innovative energy company in America. In support of that mission, SoCalGas is committed to its goals of achieving net-zero greenhouse gas emissions in its operations and delivery of energy by 2045 and replacing 20 percent of its traditional natural gas supply to core customers with renewable natural gas (RNG) by 2030. Renewable natural gas is made from waste created by dairy farms, landfills, and wastewater treatment plants. SoCalGas is also committed to investing in its gas delivery infrastructure while keeping bills affordable for customers. SoCalGas is a subsidiary of Sempra (NYSE: SRE), an energy services holding company based in San Diego. For more information visit socalgas.com/newsroom or connect with SoCalGas on Twitter (@SoCalGas), Instagram (@SoCalGas) and Facebook.