The Scrutiny Covanta is Facing Over Fires at a Maryland Plant 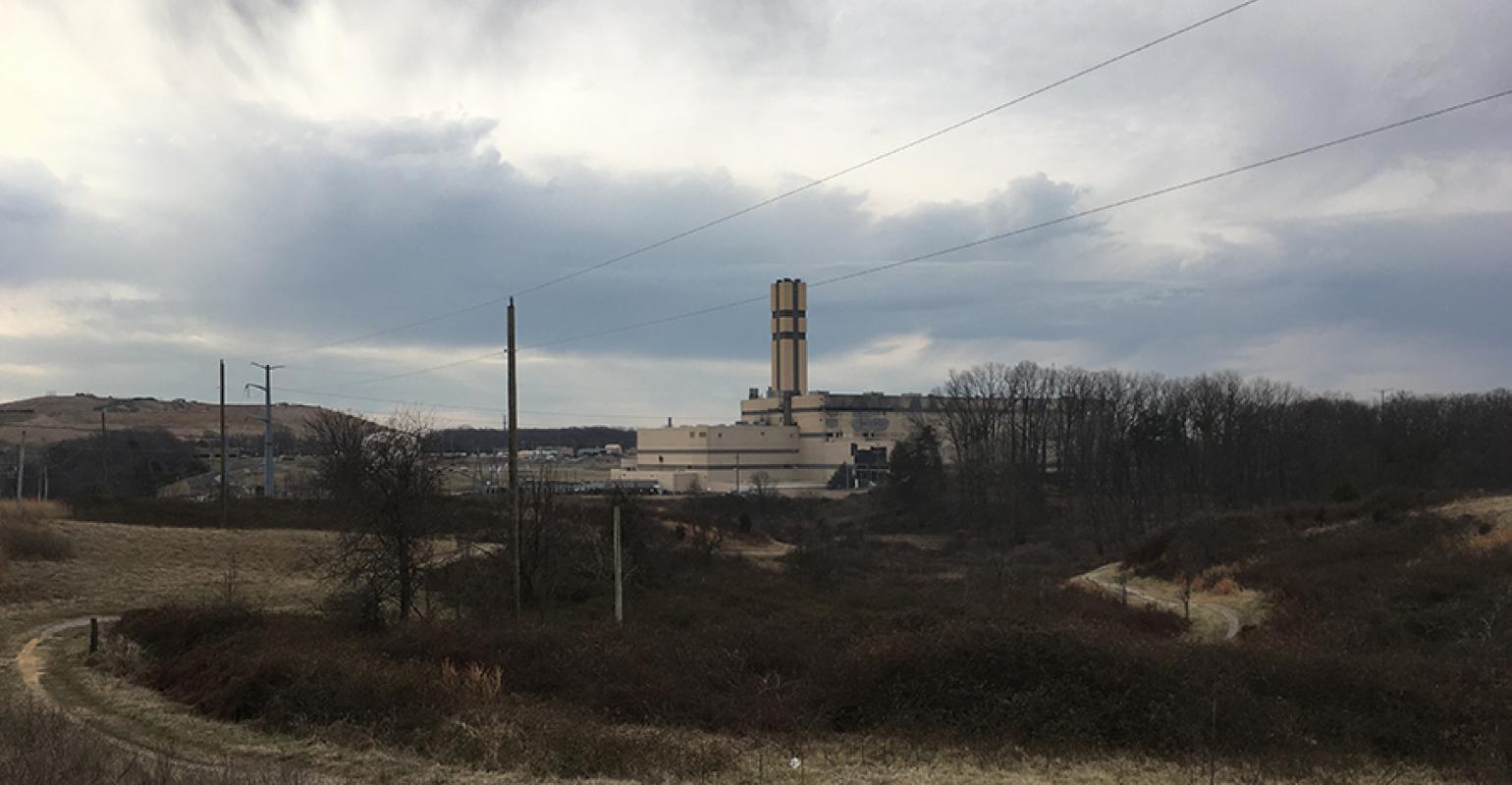 The Montgomery County Department of Environmental Protection is examining how the Covanta Holding Corp. facility should be run.

The DEP will comprehensively review the Montgomery County Resource Recovery facility’s governance and make recommendations for how to alter the practices going forward. The facility is operated by Covanta with oversight from Northeast Maryland Waste Disposal Authority.

Periodically last year the site exceeded its 12,000-ton storage limit, including at the time of the December event. At a Feb. 2 hearing Montgomery County Council President Roger Berliner questioned the connection between trash in the pit and the fire that blazed for days.

But the excess volume was not the main concern of Derek Veenhof, executive vice president of Covanta’s sustainable solutions division.

“The fire starting on the tipping floor without a buffer is the biggest issue in our mind—not the 16,000 tons in the pit,” Veenhof says.

“Best practices are to rotate what’s in the pit and make sure the inventory is getting consumed by boilers,” Veenhof said at the hearing, but admitted the practice was not observed in this case.

There were other problems that challenged efforts to bring the fire under control. A glitch at power company NRG created a water flow situation that impacted the operations supporting the plant. “We believe we … out demanded the water from that system,” says Montgomery County Fire Chief Scott Goldstein.

According to a spokesman for NRG, the company had notified Covanta and the county that it was planning to shut down water service at the plant. "The operator evidently decided to continue to operate with the full knowledge that NRG would be unable to provide water for an undetermined period of time," according to the spokesman. "Moreover, NRG offered to provide water from our holding tanks, but the operator opted not to access that."

A root cause analysis confirmed the fire originated in waste on the tipping floor that had just been dumped a few hours prior. It spread quickly throughout the pit. But the specific ignition source was undetermined.  Goldstein said possible causes include fireplace ashes or other “hot trash,” sparks from a decaying battery, or spontaneous combustion of organic material.

Lisa Feldt, director of the Montgomery County DEP, spoke favorably about the operation, run by Covanta for the past 20 years.

“When the plant is operating as it should, in my opinion, it’s stellar,” Feldt said. “It produces revenue for the county and reduces greenhouse gas emissions. We consider it an opportunity for green jobs, and it supports our goal of minimizing materials.”

In addition to the fires, there have been operational problems, leading to a reduction in operation time by 14 percent of normal hours last year.  Waste, which is ordinarily railed from a transfer station to the facility, had to be sent to alternative locations during down times. The total bypass of waste through January14, 2017 from operational and fire-related issues was 59,658 tons.

The DEP first took its concerns over the issues to the authority in March 2016. By late summer the department wrote to Covanta requesting accelerated correction actions and had a third-party engineer examine the challenges.

“We’ve increased communication with the county and solid waste authority,” he says. “We’ve made organizational changes [in staffing at the operation]. And we are managing the transfer station differently.”

Calling an 86 percent operational time “unacceptable,” Veenhof says Covanta expects to have the problematic issues resolved by the end of this quarter and then shift into more of a routine maintenance mode moving forward.

In response to the December fire, Covanta brought in holding tanks to ensure storm water did not overflow and has worked to reprocess the water. The company also trucked water to an empty pond and is looking at options to treat it.

A DEP characterization study of downstream water sources indicates no significant water exited the storm water pond and found no impact on groundwater.

“The inventory of waste was a challenge as was the NRG shutdown when we had to limit water supply, which is part but not the sole challenge from my perspective,” says Feldt, adding the experience has come with lessons.

“We need a standardized process if we have to bypass [the resource recovery facility] … And, she says, “We are going to look at both [waste] inventory and management of that inventory collectively moving forward.”