HomeEnergyWaste-to-EnergyRio Pilot Plant to Explore Energy-from-waste
Recent
Machinex Upgrades West County Resource Recovery in California
May 27, 2022
EREF Hosts Record-Breaking Charitable Auction, Proceeds Directly Support Scholarships and Scientific Research
May 27, 2022
This Week in Waste: Top Stories May 23 - May 28
May 27, 2022
Landfill Emissions Measurement: What We Know, What We Need to Know
May 27, 2022
POLL
SWANA & Oceans Caucus Foundation Host Congressional Briefing on Recycling
May 27, 2022
Collaboration Leads the Way in Connecticut to New Extended Producer Responsibility Law for Management of Discarded Residential Gas Cylinders
May 27, 2022
An Uber-Style Service for Curbside Recycling
May 26, 2022
S&B Selected as Contractor for New Hope Energy’s Advanced Plastics Recycling Unit
May 26, 2022
Need to Know
brought to you by 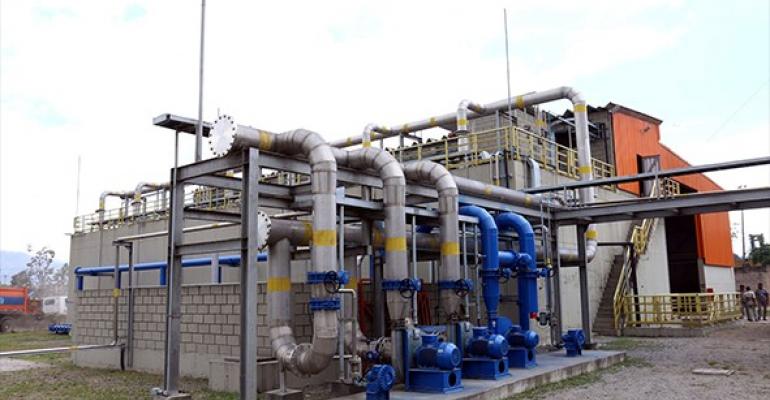 The plant is able to extract 100 to 150 cubic meters of biogas per processed tonne.

A national technology to process and explore energy from organic waste started being tested in the city of Rio de Janeiro. Installed in a processing plant of the City Company of Urban Cleaning (Comlurb), in the Caju, Brazil, neighborhood, the pilot plant has just completed a month in operation and is able to extract 100 to 150 cubic meters of biogas per processed tonne, with 50 to 60 percent of methane concentration.

The technology, which produces fertilizer and natural gas from waste, was developed by the Federal University of Minas Gerais (UFMG), in partnership with companies Methanum Tecnologia Ambiental and Comlurb. The operation of the pilot plant, which was funded by BNDES, will allow testing the efficiency parameters of the methanization technology by anaerobic composting and widening the scale. With a processing capability of 30 daily tonnes, the plant has an estimated monthly biogas production capable of feeding a fleet of 1,000 cars or generating enough energy for 1,000-plus houses.

The unit consists of modules the approximate size of a container, which receive the waste and are sealed for a period of two to three weeks, while the bacteria introduced into the compartment degrade the organic matter and produce methane. The gas is stored, while the remaining material is removed and used as fertilizer.

Microorganisms are sprayed into the modules through pipes with heavy use of electronics. Sensors and meters enable controlling and optimizing biogas production. The plant also has a generator to produce electric energy from gas combustion.

The Comlurb plant in Caju neighborhood was chosen because it receives solid waste from different neighborhoods, with different consumption and waste production standards, offering enough diversity to simulate the conditions of different Brazilian towns. In addition, Comlurb already has a conventional composting plant with in situ aerobic digestion, which allows comparing the results of the two technologies.