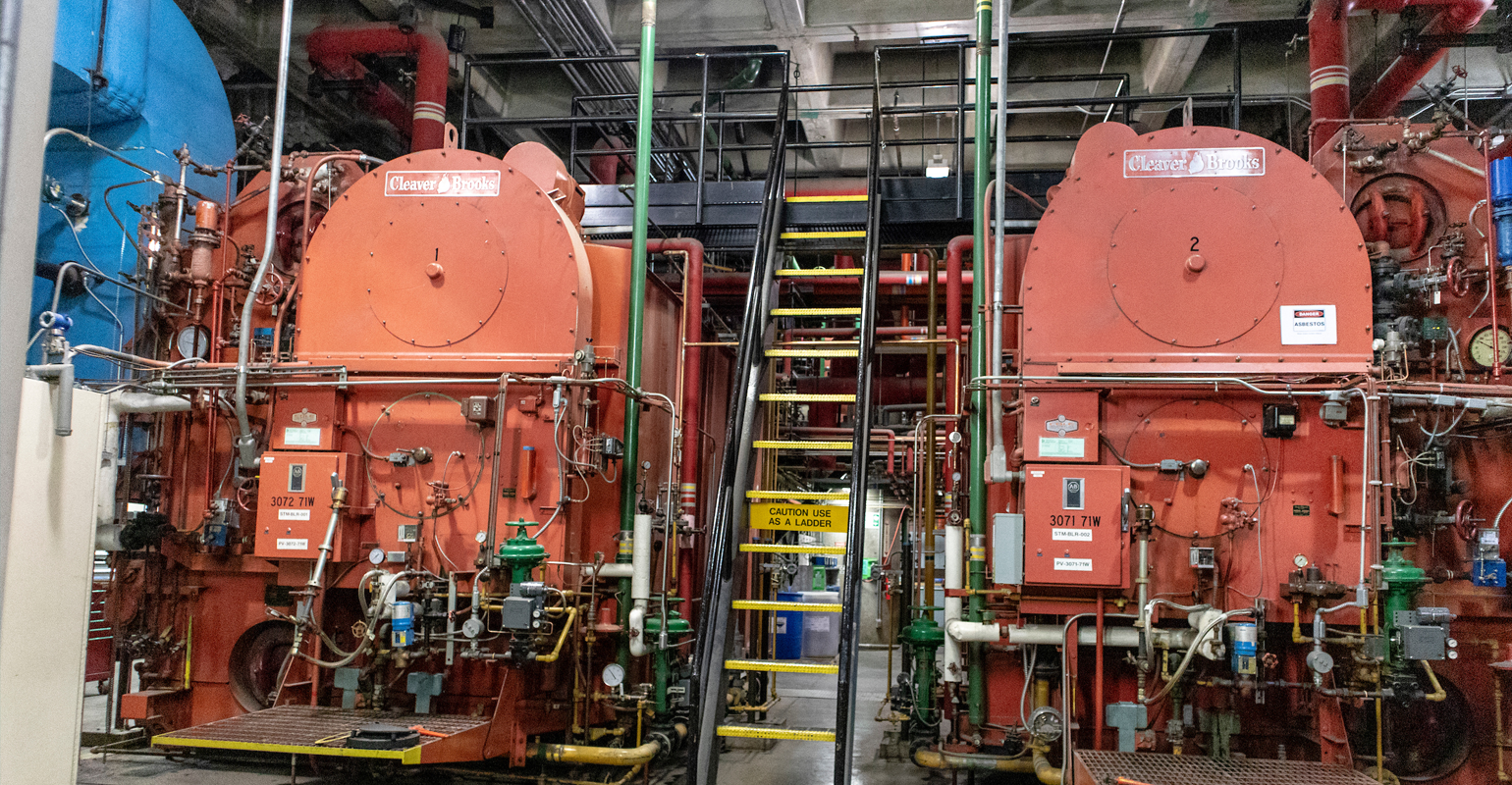 The Port of Seattle, which oversees Seattle-Tacoma International Airport (SEA), is buying renewable natural gas (RNG) from U.S. Gain to heat the airport’s terminal and power its bus fleet. The deal is enabling the agency to meet its 2030 carbon emissions reduction target 10 years earlier than anticipated.

The goal was to cut scope 1 and scope 2 emissions (related to Port-controlled operations) to reach a 50% reduction by 2030. Port Seattle is aiming for a 100% reduction in emissions, or to be net zero, by 2050.

“Before entering into this agreement, we learned that fossil natural gas makes up about 80 percent of Port Seattle’s carbon footprint, and the majority of it was from the central utility plant boilers that heat the airport. So, we chose to substitute with RNG,” says Stephanie Meyn, Climate Program manager for SEA Airport.

The airport was using RNG to fuel its buses in 2014 and 2015 and at the time was among the first operations in the region to do so.

This early start was driven by federal incentives, though the agency eventually lost its supply when the developer it worked with could sell for a higher price direct to California under California’s Low-Carbon Fuel Standard.  But by this point the airport understood the carbon reduction benefits and worked to forge ahead.

The recent expansion was motivated by yet another factor, which is that the Port of Seattle is by mission an economic development engine.

“Our commissioners are elected officials and have strong environmental platforms to meet the interests and needs of the community. That platform combines prioritizing environmental goals with boosting the economy and creating jobs.

Port of Seattle realized it could play a role in developing RNG by putting in this 10-year market signal and providing more natural gas for the pipeline,” says Meyn.

Not unlike other large campuses, the airport’s heating infrastructure is about 50 years old and runs on conventional natural gas. Its operators concluded that converting the system to electricity or technologies like heat pumps would require a long-term strategy and create disruptions. 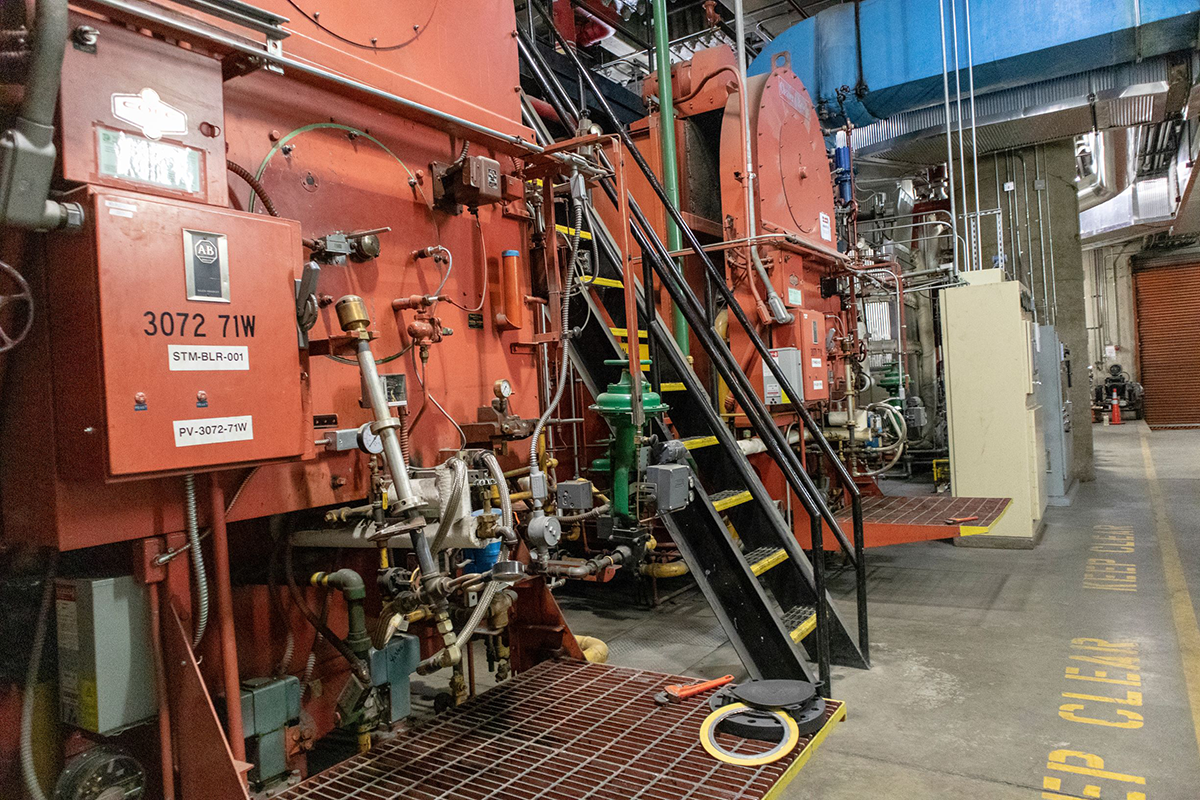 The airport has to run 24/7; completely changing out the heating infrastructure would not be easily done and would have cost hundreds of millions of dollars, while the conversion to RNG was relatively quick and easy. The airport was already connected to the interstate pipeline, so no infrastructure changes were needed.

“All we are doing differently is more tracking and other tasks related to green attributes. But in terms of day-to-day operations it is seamless,” says Meyn.

U.S. Gain, a division of U.S. Venture, tracks every energy unit injected into the pipeline, and the attributes can be tracked at the end of each month to match production with consumption.

With 23 RNG projects, the developer and distributor has only recently focused on product specifically for heat.

“Even though there are no credit incentives for heating, the ability for producers to consider putting it in the pipeline shifted the dynamics from electric to gas. It’s the same fuel – you can send it to compressed natural gas stations or to operations for heating.

It is a drop-in fuel since the pipeline infrastructure is there. And gas flows always, like electricity,” says Nudelbacher.

U.S. Gain continues growing its portfolio and is optimistic about the future.

“We feel in the changing administration there will be expanding policy that will favor organizations with established emission reduction goals or incentivize organizations to continue to look at it,” he says.

The transition to RNG is another example of the Port’s commitment to the environment, even in hard times, Port of Seattle Commission Vice President Fred Felleman said in a statement.

“While it’s critical that immediate attention be given to recovery from the COVID-19 crisis, we must continue to reduce our carbon footprint if we are to avoid the long-term economic and human costs associated with the climate crisis.

Through its initiatives, the Port of Seattle is working to become the most energy-efficient port in North America. This partnership is another step forward in achieving that goal,” he said.