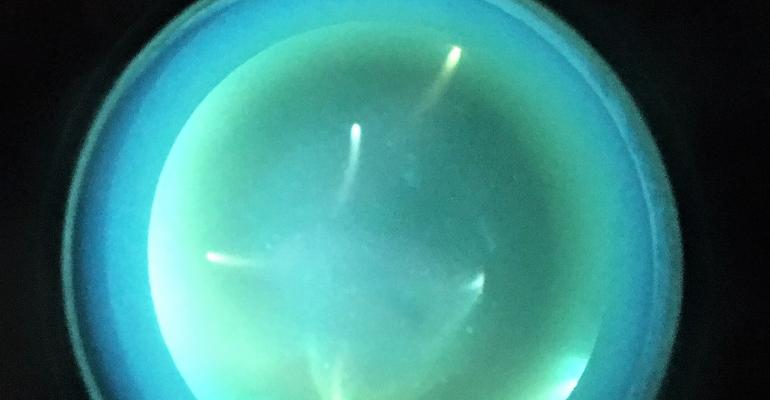 The waste-to-energy system will be able to convert up to 4 tons of mixed waste a day into a pure syngas to fuel a generator.

Cogent Energy Systems and engineering research and development firm Creare have designed and built a waste-to-energy system for the U.S. Navy that leverages gasification.

The system will be able to convert up to 4 tons of mixed waste a day into a pure syngas to fuel a generator, with potential to create about 800 kilowatt hours (kWh) of electricity per ton of municipal solid waste.

While the Navy project will make electricity, the technology, which breaks waste into basic building blocks of carbon monoxide and hydrogen, could be used to make biofuels, electricity, methanol and other products, according to Abe Haspel, CEO and president of Annandale, Va.-based Cogent Energy Systems.

“Our gasification involves temperatures at almost 5,500 degrees Fahrenheit, which enables waste to decompose more completely to produce a cleaner syngas [than gasification technologies using lower temperatures],” says Haspel. “Most gasification systems are trying to get carbon monoxide and hydrogen, which is what syngas is, and they have to go through a number of steps because they operate at lower temperatures. We get there in one step. That’s the benefit of the higher temperature.”

The system also allows creation of net electricity and net fuels, with more energy coming out than is put in, according to Haspel.

While the Navy is the first and sole investor in the technology, Haspel and partner Jeff Breedlove, principal engineer at Hanover, N.H.-based Creare, are exploring commercial applications in other areas.

“We foresee the opportunity for many applications, such as on ships and at resorts, remote communities with small populations, hospitals and farms,” says Haspel.

He believes the technology can be profitable at small scale. It can process up to 4 tons, and each ton generates almost 800 kWh of electricity. This will make money even with less tonnage than most systems and with less cleanup, he says. And because its modular users can start with less tonnage and add on later if needed.

The process takes place in a closed system where material is converted to gases and goes through a scrubber; 99 percent of the waste is reduced with minimal residual. The gasifier is built, and the partners are now running different wastes through the feeder, collecting syngas for analysis.

“We are trying to validate our claim that we are getting just hydrogen and carbon monoxide—that this is pure syngas. Given different feed stocks, you get different ratios,” says Haspel.

But Haspel and Breedlove are on track to show the Navy the technology’s ability to operate at 1 ton a day, which they hope to demonstrate by early in 2019.

So far, it has proven able to process a number of materials, such as flour, sugar, construction and demolition waste, pyrolysis oil and hog feed.

“The system can also manage materials with no energy value like glass, nails and various metals, as they melt and fall through. Though materials without energy are not preferable, the system is tolerant of just about anything you put in, and that’s one of the great benefits—that you can run multiple materials through without having to sort,” says Breedlove.

But the real magic, he says, is in the gasifier.

Cogent’s part has been to develop the gasifier. Creare is finetuning the front-end component to prepare the waste, as well as the post-process system to bring the syngas to the genset.

According to Cruz, the team will consider the project successful “if it results in an operational system that leaves a minimal environmental footprint, provides a 90 percent reduction in volume of waste and processes 1 ton of municipal solid waste per day, all the while producing high-quality syngas and non-toxic effluent and char.”