Minnesota on Its Way to Distributing State-Made RNG 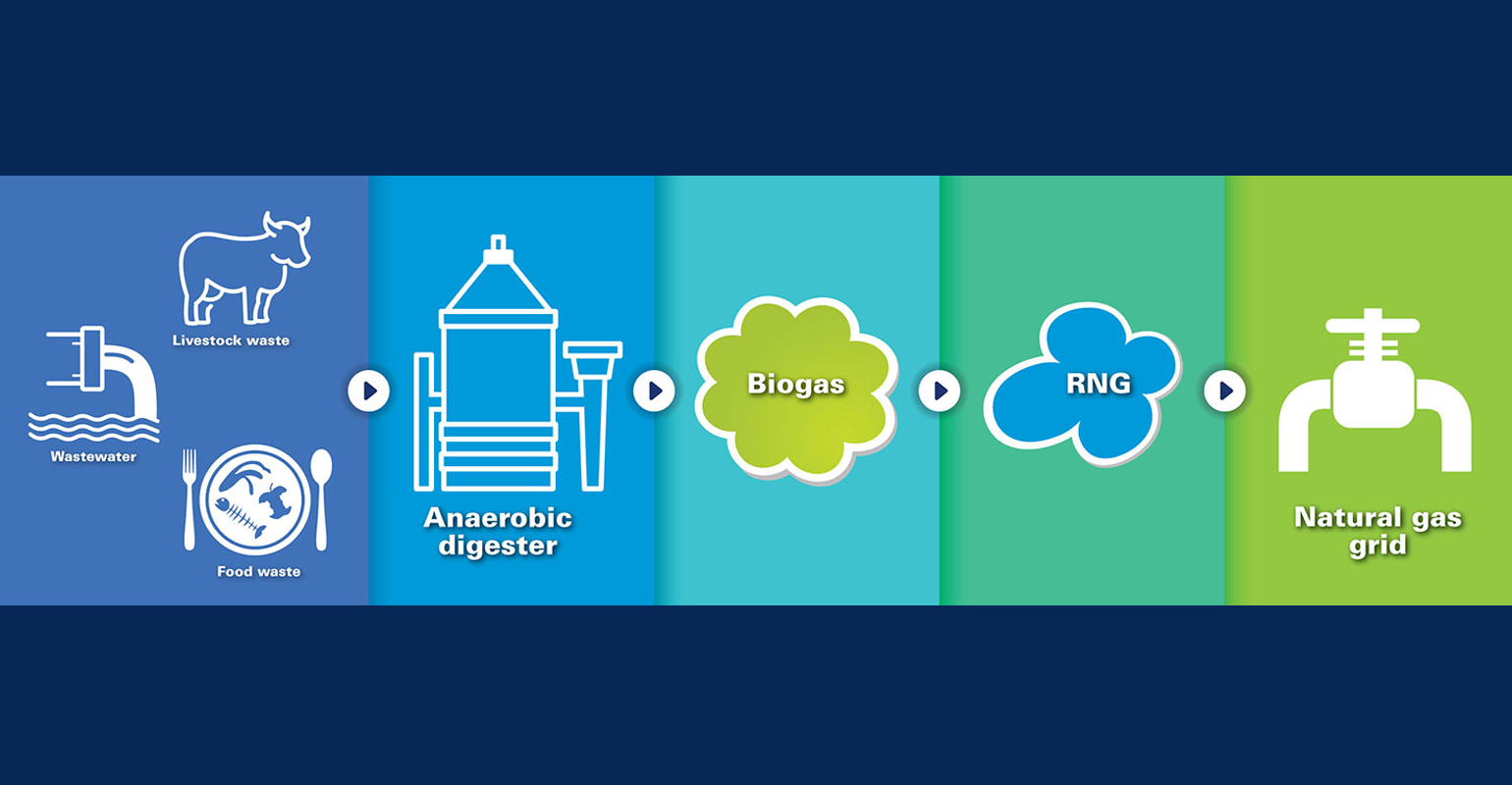 Minnesota is one of the top organic farm waste generators in the U.S., ranking first in turkey production, second in hog production, and sixth in both red meat and dairy production, and it’s looking hard at ways to both divert and capitalize on that waste. The northern Midwest state is reviewing proposed legislation to advance renewable natural gas (RNG) distribution and has approved the first RNG interconnection tariff in that state, enabling its largest natural gas utility to offer interstate connections to suppliers of Minnesota-made clean fuel.

CenterPoint Energy (CPE), serving more than 870,000 customers in Minnesota, says the Minnesota Public Utilities Commission’s green light on the interconnection tariff is the first step toward encouraging development of local RNG. The company expects most suppliers will provide fuel for the transportation market beyond Minnesota and eventually hopes to purchase fuel for its own customers to use in homes and businesses. The RNG will be sourced from food waste, wastewater, and/or agricultural waste.

The utility expects the first RNG interconnection will occur this year and that the tariff will fully recover the cost of the program, ensuring that customers (end users connected to the system) will not have to subsidize the interconnection costs, according to Erica Larson, senior regulatory analyst for CenterPoint Energy.

CPE is also working toward getting the Utility Commission’s approval of a green tariff, which would enable end users of locally produced RNG to purchase the gas.

But for now, Larson says, “Because of the financial incentives with the federal Renewable Fuel Standard or state Low-Carbon Fuel Standard programs, we expect the initial demand for Minnesota-made RNG will be from customers in those states.

“However, a green tariff would allow us to purchase locally-made RNG ourselves and offer it to our Minnesota utility customers, who would have the choice of paying extra to include RNG as part of their gas supply,” she says.

In addition, if the state passes the Natural Gas Innovation Act, CPE plans to propose the purchase of RNG through the regulatory framework created by the Act.

Over a dozen RNG producers have reached out to CPE with interest in an interconnection, and the utility is in discussions with several of them, as well as with waste management organizations that it cannot yet name, according to Larson.

As of February 2021, one potential producer has signed an interconnection feasibility study agreement with CPE, to determine if location and production quantities would be suitable.  If the project is determined feasible the next step is the interconnection agreement where customers would commit to providing RNG for at least one year, paying a $7,500 monthly charge and a per therm rate of $0.15748 for the RNG that enters CPE’s system. Though there have been discussions around the possibility of individualized pricing for larger RNG facilities.

While the Utilities Commission approved the interconnection tariff (allowing RNG suppliers access to CPE’s distribution system), it has not yet approved the green tariff, stating it first needs more information, including how the RNG will be tracked and verified, whether local sources of RNG can be utilized, and how the scale of the program could grow beyond the pilot level.

“RNG pilot programs support the agriculture and waste management industries by providing operators of landfills, livestock operations, and wastewater treatment plants an opportunity to install equipment and [build] facilities that process and convert waste and other agricultural byproducts into high-value, pipeline quality natural gas (biogas or RNG) and deliver that product into CenterPoint’s distribution system where it can be marketed at a profit to the producer,” Sullivan says.

He cited key factors the Utilities Commission considers when deciding whether to approve projects to include: whether there will be cost savings and/or other economic benefits for the company or end-users; whether participation in the project or program is voluntary; as well as whether costs are paid by the participants or shifted to non-participating utility customers.  The Commission may also look at non-cost factors such as environmental and safety benefits, Sullivan says.

The Minnesota Department of Commerce has called CPE’s proposal "innovative" and said it "appreciates CPE’s efforts to provide an opportunity for RNG producers and/or developers who are concerned about reducing greenhouse gas emissions and/or encouraging domestic energy use."

An additional 20 organizations and businesses, including prospective RNG producers and project developers, submitted comments to the Utilities Commission in support of the proposal, according to Larson.

Among them is Chicago-based Amp Americas, developers of dairy RNG-to-vehicle fuel projects.

Amp CEO Grant Zimmerman wrote to the Utilities Commission describing his experience working to launch the Morris, Minn. project, which commenced before CPE had interconnection tariff approval. He that Amp had to partner with a Canadian interstate pipeline, which required additional capital and several extra miles of infrastructure to deliver RNG from the Morris project into the interconnect.

Its second Minnesota project, slated for 2021 construction, would likely benefit from the nearby CenterPoint distribution system he said, commenting it would only have two other alternatives: connecting into an interstate pipeline, which would necessitate construction of its own gathering system; or engaging a non-regulated party to build the pipeline and interconnection.

CPE is currently working on revising its Green Tariff proposal to meet requirements. And is also working with stakeholders on an accounting framework to verify the carbon intensity of different RNG sources; validate its effectiveness in reducing emissions; and identify a carbon intensity threshold that should be required for RNG interconnection producers.

The utility anticipates it will return to the Utilities Commission sometime in 2021 with its revised green tariff proposal.