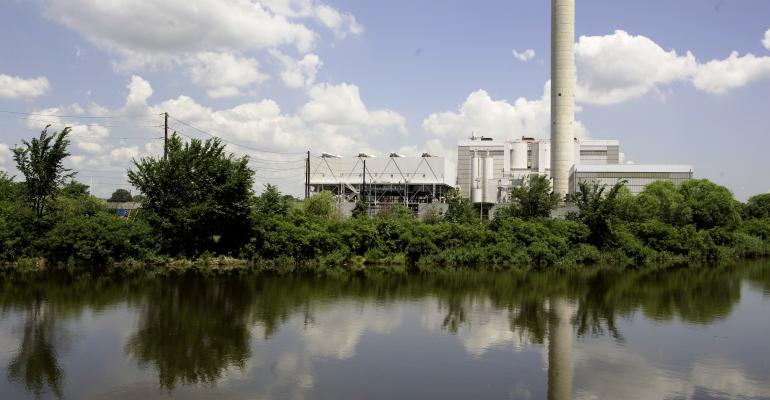 The nation’s first new commercial garbage incinerator in 20 years opening earlier this month in West Palm Beach, Fla. And the city of Sandy, Utah, is revolutionizing the way it recycles and manages waste by making plans to open the first waste-to-energy (WTE) facility in the U.S. Does this signal a new opening for adoption of the practice in the U.S.? According to industry experts, the answer is "no."

“I don't believe we will see a strong comeback in WTE in the near future, although a few new facilities may come online,” says Bryan Staley, Ph.D., P.E., president of the Raleigh, N.C.-based Environmental Research and Education Foundation.

“Without meaningful sustainable waste, energy or climate policy initiatives at the federal level—similar to those enacted by the European Union—we are unlikely to see a persistent, meaningful increase in the construction of new WTE infrastructure here in the U.S.,” he says.

Covanta Energy, based in Morristown, N.J., is one of the world’s largest owners and operators of infrastructure for the conversion of waste-to-energy businesses. The company is completing a new WTE facility in the Durham Region of Ontario, Canada, and expansions of facilities it operates in Honolulu, Hawaii and Hillsborough and Lee counties in Florida.

“The cost for building new facilities depends on a number of things—size, location, technology, etc.," says Regan. "But, rather than viewing this as a cost, many communities regard the construction or expansion of WTE facilities as an investment, not just in a cleaner and safer environment, but an economic one as well."

“Tipping fees for WTE plants need to be competitive to landfills, which they are in some areas of the U.S., but not in others,” he says. “Additionally, in some places WTE [facilities] are viewed as having environmental risks, which perpetuates concern and results in a ‘not in my backyard’ perspective.”

Mark Bowers, solid waste programs division manager for the City of Sunnyvale, Calif., says the risks of WTE are the size of plants and their costs.

“If the investment is made, then something adverse happens—construction costs rise, energy prices fall, waste quantity or quality is not what is projected—it can put the local community at financial risk. The Harrisburg, Pa., bankruptcy in 2011 is the most recent and most obvious example,” he says.

Environmental groups are particularly concerned about air and water quality and pollutants emitted during combustion at WTE facilities.

“The waste being burned inevitably contains some amount of hazardous waste and the incineration process itself creates pollutants,” says Bowers. Other issues, he says, include WTE facilities competing with recycling for materials, especially when those facilities are too large.

“Recyclers see these materials as industrial feed stock that, when recycled, reduce the need for extraction of resources from the environment [i.e. mining, water use, timber] and save energy and pollution compared to producing goods from virgin materials. WTE plant managers see these materials primarily as BTUs needed to fuel the burn plant,” he says.

The WTE industry is doing just that as it continues to make enhancements to reduce air emissions and improve the efficiency of energy creation. Additionally, WTE companies are considering “next generation” technologies, such as WTE facilities that also have the ability to do gasification, according to Staley.

According to Bowers, WTE is a solution to waste entropy.

“After a community's waste has been through recycling processes, what remains is often too highly mixed to be recycled in any practical sense,” he says.

But despite the improvements and benefits of WTE, the waste industry isn’t giving up on waste reduction and recycling efforts in favor of WTE facilities. Staley cited the reduced amount of paper in landfills as an example of their success.

“The data suggests that over the past five years the fraction of paper—long one the most dominant components in the waste stream—is no longer the dominant component going to landfills,” he says. “This is the direct results of waste reduction and recycling.”

At the community level, recycling is a municipal priority and strongly demanded by residents and elected officials, according to Bowers.

“There have never been as many successful waste reduction and recycling efforts in the U.S. as there are now, at least not since recycling was a national defense priority during WWII,” he says.

But Regan suggests the U.S. can do better.

“We need to reduce, reuse and recycle as much as possible, but after recycling, there are still 250 millions of tons of waste going to landfills each year,” he says. “We need more energy from waste and less landfilling—burying waste that can be used as a resource doesn’t make sense—from energy, environmental and economic standpoints.”