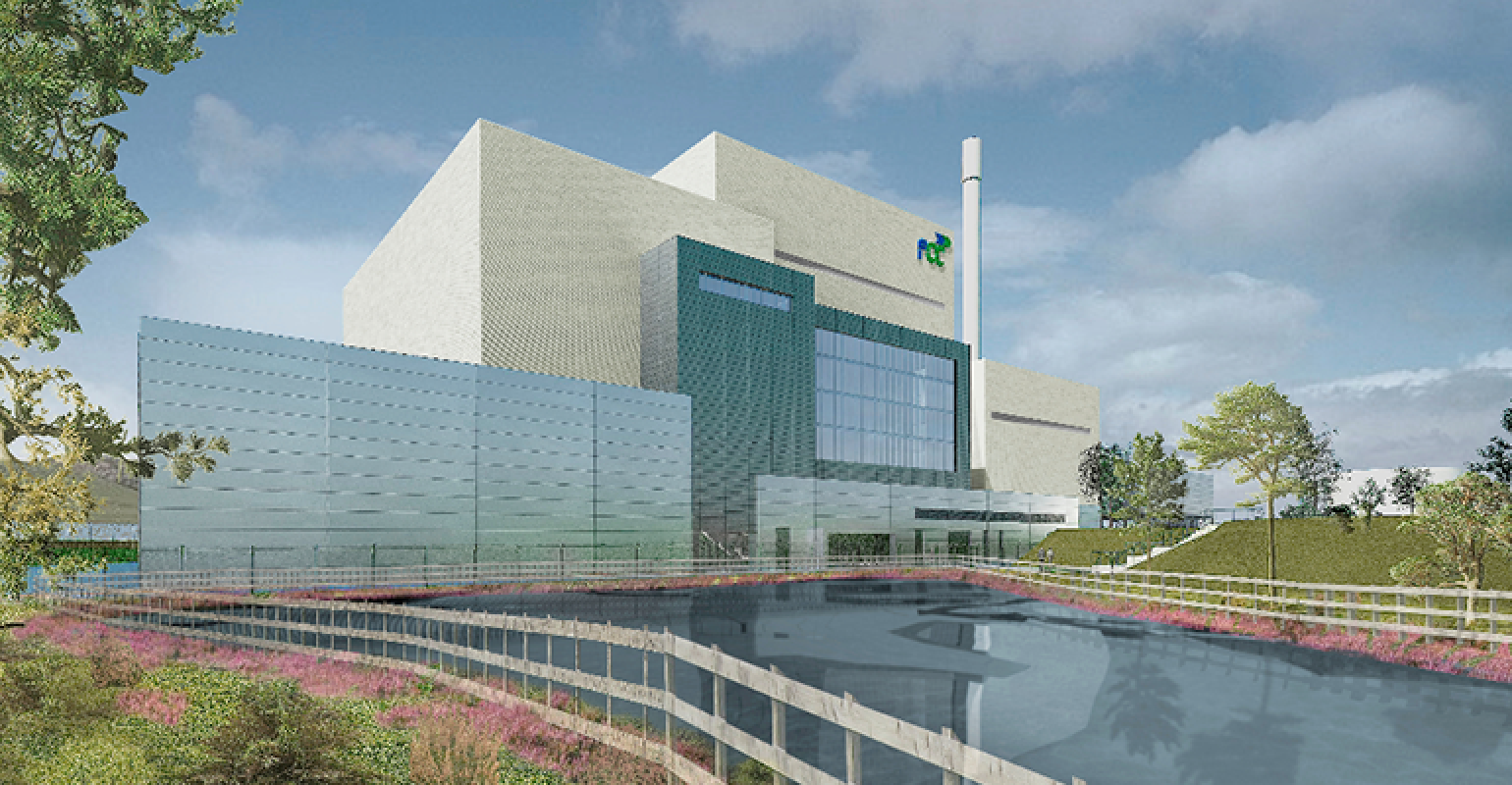 The facility will receive pre-treated residual, non-recyclable and non-hazardous waste otherwise destined for landfill to produce electricity and heat.

FCC Environment U.K. has presented a new master plan for the long-term future of its Greengairs Landfill site in North Lanarkshire, Scotland, which is a direct response to the "zero waste" strategy of the Scottish government. This strategy contemplates the forthcoming ban on the landfilling of food, paper, garden and any other biodegradable household waste before January 1, 2021, which will cause a significant shortfall of waste treatment facilities capable of dealing with this waste.

The modern waste management compound sponsored by FCC, whose construction will involve the investment of 350 million pounds (around 400 million euro), is designed to respond to this deficit, whilst maintaining the current employment at Greengairs.

Central to the plan will be the construction of an energy-from-waste facility (EfW), the Drumgray Energy Recovery Centre (DERC), that will receive pre-treated residual, non-recyclable, non-hazardous waste otherwise destined for landfill. FCC will use EfW technology to thermally treat the waste to generate electricity and heat. The Drumgray ERC will accept up to 300,000 tonnes of residual household and business waste per year, enough to export circa 25.5 megawatts of electricity and the potential to supply heat to local homes and businesses.

In accordance with the existing legislation, an extensive information and consultation program for the population has been launched, so area communities can participate and be involved in the plan development.

FCC Environment owns and operates six EfW facilities throughout the U.K., with the most recent one developed at Millerhill, just outside Edinburgh, Scotland. In partnership with Midlothian and the City of Edinburgh Councils, FCC designed, constructed, financed and will now operate the Millerhill facility, which accepts residual and household waste from within the two authorities.

In the last few months, the environmental services area of the FCC Group has received awards in the international arena. In the United Kingdom, FCC Environment recently signed an agreement with the Danish fund Copenhagen Infrastructure Partners to develop one of Europe's largest waste recovery facilities in Lostock, with a capacity of 600,000 tonnes per year.

Additionally, the company’s Houston Materials Recycling Facility (MRF) just started full operations. This plant will sort and reevaluate the city's recyclable materials and will manage its subsequent sale for a period of up to 20 years. The facility, with a throughput of up to 145,000 tons per year, has been designed, financed and built by FCC and joins the new recycling plant in Dallas, which operates at full capacity and has been selected by the National Waste & Recycling Association (NWRA) as the Best Recycling Facility in North America. FCC Environmental Services, FCC’s American subsidiary, also has been awarded the contract for the collection of urban solid waste in Palm Beach County, Fla., with an order book value of $215 million.