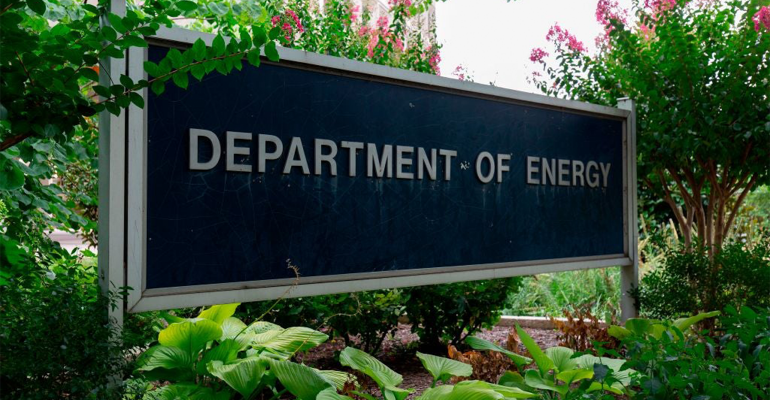 Two of the recipients – Cascadia Consulting Group in Seattle WA and the University of Maryland, College Park –have a twofold focus: they are looking at several technologies as well as measuring MSW characteristics that could impact the systems’ effectiveness and quality of feedstock.

“We know municipal solid waste is different from season to season and even from community to community because of regulatory factors, recycling schemes [and other considerations], which creates a lot of variability. Between the University of Maryland’s and Cascade Consulting Group’s projects we will get a broad transect of that information so we can comprehensively say, this is how variable it is; here’s how it varies over time by region.

The projects will evaluate these changes in feedstock composition and their impacts on key conversion process performance. For example what extent is nitrogen level causing catalyst deactivation issues? Are there waste components going into the anaerobic digester that cause major shifts in the microbiology?” says Beau Hoffman, Technology manager, Conversion R&D, Bioenergy Technologies Office, U.S. Department of Energy.

The other three projects will concentrate on rapid characterization, leveraging artificial intelligence (AI)-driven visualization techniques to track the composition of waste and identify contaminants in real time.

“Tolerance to contaminants can vary widely, so we are developing these rapid characterization tools to understand in real time if there is a contaminant of concern. This way, if there is, we can quickly separate it to improve process control and process performance,” Hoffman says.

The recipients are: Lehigh University in Bethlehem PA, whose process is described as an AI system for real-time, in-situ chemical analysis of MSW streams. North Carolina State in Raleigh, whose technology is described as AI-enabled hyperspectral imaging augmented with multi-sensory information for real-time analysis of non-recyclable, heterogeneous MSW. And AMP Robotics in Louisville, CO whose technology is described as an artificial neural network for MSW contamination characterization.

All five projects will look into making biofuel or bioproduct from materials that would otherwise go to landfills, such as wet paper, paper mixed with contaminants, rubber, wood, and food waste.

BETO has been involved in research and development in biomass and biopower for decades. Around 2005 a landmark focus was on cellulosic ethanol fuel when it began investigating feedstocks such as the inedible fractions of corn plants. The interest was driven by the fact that advanced cellulosic biofuel has a lower greenhouse gas footprint than starch-based sugar fuel sources.

In 2012 BETO pivoted toward renewable diesel and other hydrocarbon fuels, and it expanded an earlier focus on algae as feedstock. Most recently, it awarded $18.7M to six projects that will explore conversion of algae.

The office has a series of objectives in deciding which projects to support.

“We look for technical innovation and how likely the idea will lead to commercial success. And rather than look at what might work in one or two niche places, we want to go for topics that would have the biggest impact on bioenergy,” Burrows says.

Leveraging MSW to make alternative fuels continues to be a path moving forward. The five MSW characterization projects come not too long after a project BETO funded with the Department of Defense: a Fulcrum BioEnergy project in Reno, NV. The new facility will process 350,000 tons of MSW and generate 11 million gallons of sustainable aviation fuel each year.

These projects align with BETO’s interests on a few fronts, Hoffman says.

“We are trying to develop and deploy sustainable bioenergy technologies. But we also know municipal solid waste has an important role around emissions and environmental justice. Landfills are one of the largest sources of fugitive methane, and many waste fractions are responsible for that methane. Anything we can do to capture those streams and keep them within the circularity loop is of interest.”

Hoffman also points to the disproportionate presence of landfills in disadvantaged communities that are already pollution burdened.

“They contribute to odors, disease vectors, increased traffic … so there’s an important value proposition with regard to abating some of those health impacts at that local level,” he says.

The findings of the five MSW characterization and conversion technology projects will be made available to the public.