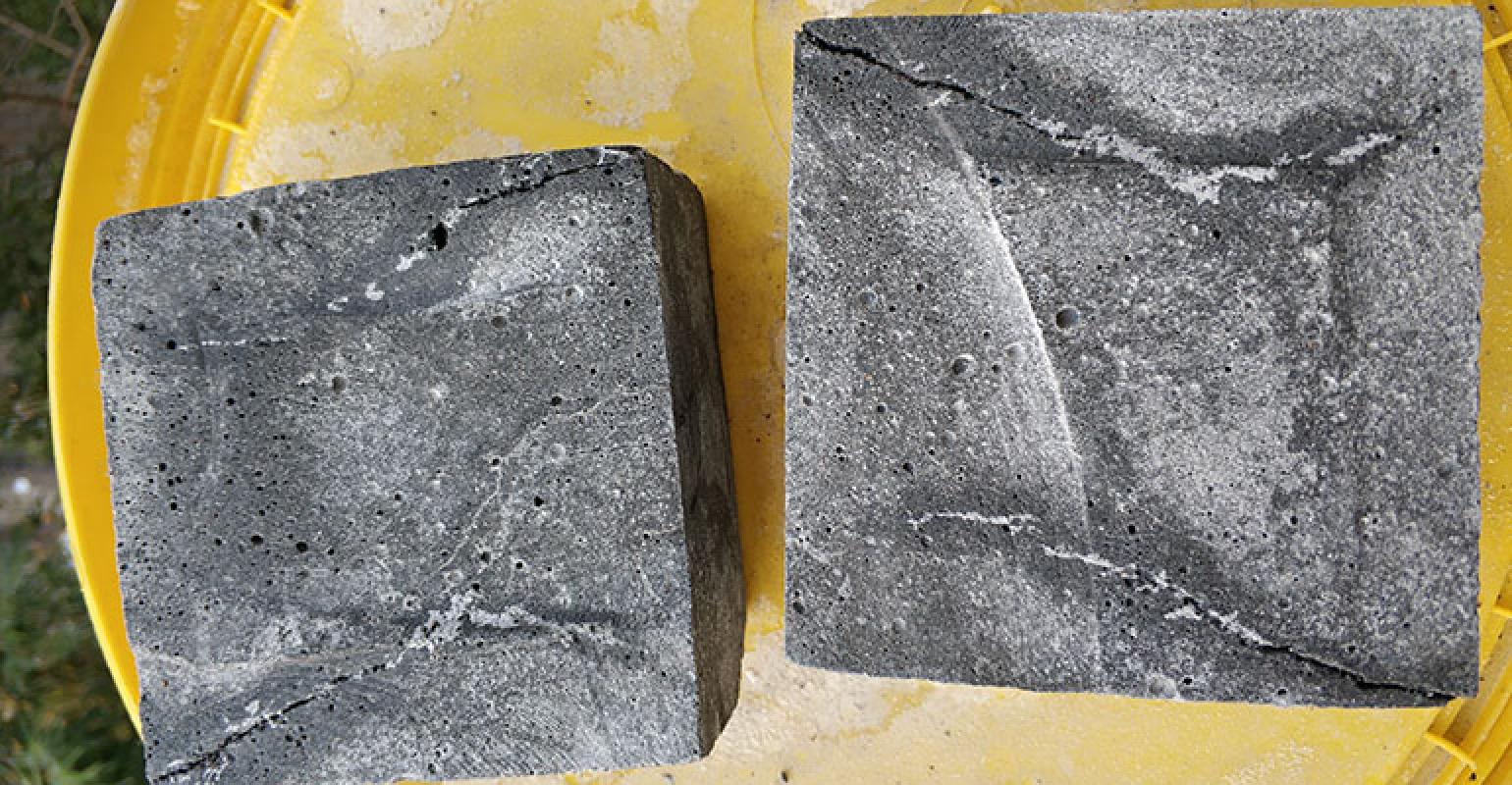 Ashcrete Technologies says the product will eliminate the need to mine for gravel and sand to make concrete products.

Ashcrete Technologies based in Victoria, Canada, has created a product, intended for use in precast structures, that’s composed largely of bottom ash generated from municipal solid waste (MSW) incineration.

Ashcrete Technologies CEO Johane Duque says the product, which is in development at the demo stage, is shown to perform as well or better than concrete and is less costly. It eliminates the need to mine for gravel and sand to make concrete products.

And as great a sell in Duque’s eyes is it could help divert high volumes of MSW ash from landfills. In 2015, the most recent available figures, 33.57 million tons of MSW was combusted for energy recovery, producing millions of tons of ash.

He can make the product using 65 percent ash and 22.33 percent Portland cement. The remaining materials are minerals and nanocomposites (smaller than cement particles).

The product, which he describes as ashcrete, is a powder mixed with water that has multiple applications. 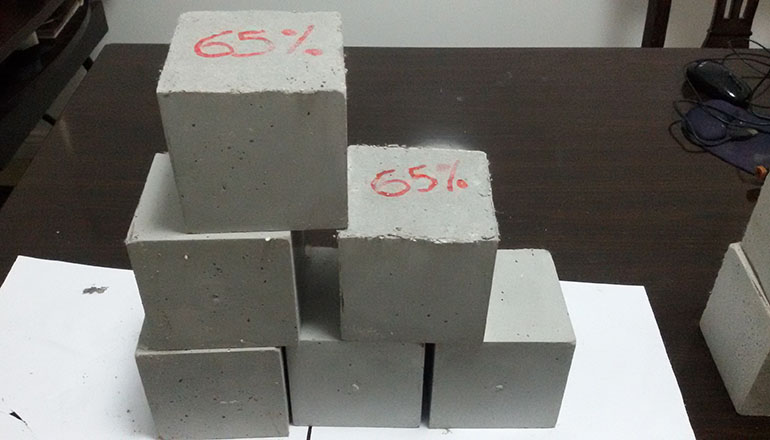 “We are aiming to transform MSW incineration ash [in the U.S] into precast structures for uses such as road slabs, Jersey barriers (to separate traffic lanes) and wind and sound barriers. What would be landfill waste can be turned into a profitable asset that has a beneficial use and contributes to a circular economy,” says Duque.

He grinds the ash to achieve tight particle packing of the matrix mix, which increases impermeability and compressive strength. After grinding, he extracts ferrous and nonferrous metal pieces remaining after waste-to-energy facilities recovered what they could. Duque claims these facilities can typically only extract metals that are larger than 6 millimeters (mm) but he can pull those that are at least .45 mm, which he would put back into the market.

This lightweight liquid concrete can be pumped or poured. It is micro-fiber reinforced to reduce cracking of concrete. And lab tests have shown that, should it crack, new crystals will form to repair it.

Later this year, Duque will do a demo in Shanghai with waste management company WeCycle Ltd. And he says in another project, he will test fresh bottom ash from the Burnaby incinerator in British Columbia, Canada, as well as aged ash in the region’s landfill.

He has applied for a “waste beneficial use determination” in New York state with the Department of Environmental Conservation and awaits hearing whether the New York Department of Transportation will test a sample he sent to the agency.

“In our process, we use all the ash fines; we don't send any of it to landfills. We don't require long-term ash aging. We don't have to wash the ash or treat it chemically. I just wait for it to dry, which takes two to three days. Then I grind it, recover small particles and it’s ready to make the product,” says Duque.

He is hopeful he eventually will be able to market this product to U.S. municipalities that own mass-burn facilities. His proposition is it would save them billions of dollars if they could transform the ash into precast structures at or near their facilities.

“They would save in landfill and transfer costs and could transform a waste stream into an asset with a high market value,” he says, adding facility operators would reduce release of ash particles in cases where the ash is shipped for disposal.

Independent architect Yi Ming helped Duque get the ash samples and arranged for Duque to have the product tested for its compressive strength at a government lab in Lishui, Zhejiang, China.

“I got involved, as I had curiosity about a new type of concrete, which, perhaps, I could use in my work. Though when Johane told me he could make concrete with ash, I didn't think this was possible, especially with the volume of ash he was talking about,” he says. “But when tested for compressive strength, some of these blocks surpassed 36 megapascals [5,221 pounds per square inch], meaning the blocks were quite strong.”

Jiang Guo, a professor at Lishui University in Lishui, Zhejiang, did permeability testing on the material. He submerged a sample in sulfuric acid and confirmed it freely floated, undamaged, while the conventional concrete he submerged in the same bowl started to burn.

“I not only learned that what Johane proposed in regards to his concrete’s impermeability level was true but that leaching tests demonstrated these concretes made with garbage ash complied with U.S. EPA regulations,” says Jiang.

He projects the product has great potential for commercialization. “The technology is there, and many governments have a need for recycling the ash because of land scarcity for landfills,” he claims.