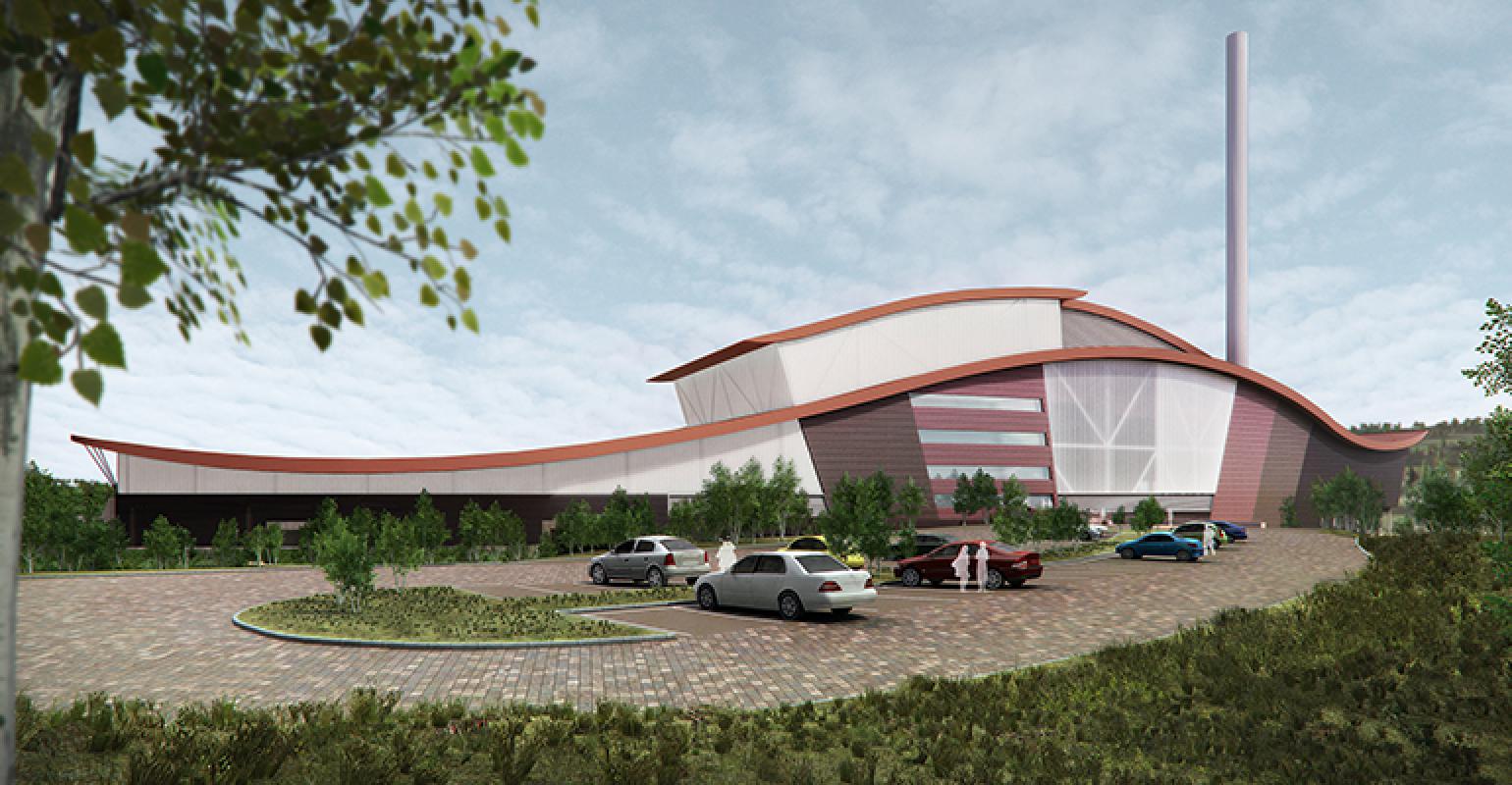 The facility will provide thermal treatment for 350,000 tonnes of non-recyclable waste per year and generate up to 42 megawatts of low carbon electricity.

Joint venture partners Covanta Holding Corporation, Biffa plc and Macquarie’s Green Investment Group (GIG) have announced that the Newhurst energy-from-waste (EfW) facility in Leicestershire, England, has reached financial close. Covanta and GIG will together own 50 percent of the facility, with Biffa, the primary waste supplier for the facility, owning the remaining half of the project. Covanta will operate the facility under a long-term operations and maintenance agreement.

"The Newhurst EfW facility will provide important sustainable waste treatment capacity in the drive to move non-recyclable waste away from landfill and combat climate change,” said Covanta CEO and President Stephen J. Jones in a statement. “Today’s announcement marks our third of four initial development projects to reach financial close with Green Investment Group and our first project with Biffa. Together, we have created a powerful partnership that will provide meaningful returns in our pursuit to protect tomorrow.”

“Biffa has a leading role to play in developing the recycling and energy-from-waste facilities that the UK needs if it is to become a low-carbon, resource-efficient economy,” said Michael Topham, Biffa chief executive, in a statement. “Reaching this milestone at the Newhurst facility, along with our ambitious investments in recycling, are vital steps in the delivery of our strategic investment plans. We look forward to working with our partners to further reduce the UK’s reliance on landfill or export as a more sustainable solution for managing non-recyclable waste.”

Located just off the M1 motorway in the East Midlands, the Newhurst EfW facility is a significant addition to the UK’s waste management infrastructure. It supports both the government’s drive to reduce reliance on landfill and the UK’s ability to treat more non-recyclable waste without relying on export to European facilities. The facility will use technology to provide up to 350,000 tonnes of annual treatment capacity for non-recyclable waste and will also generate up to 42 megawatts of electricity, enough to power around 80,000 homes.

“To increase resource efficiency, we need the right infrastructure. Together, GIG and Covanta are developing a pipeline of projects that will form the backbone of the UK’s next generation waste management system,” said Edward Northam, head of GIG Europe, in a statement. “Our ongoing partnership with Covanta is helping the UK reduce reliance on landfill for non-recyclable waste, creating a cleaner, greener environment for all. The Newhurst facility is an exciting new addition to that partnership and our first project investing alongside Biffa.”

Biffa will provide 70 percent of the fuel for the facility from its existing local waste collection services, and Covanta will supply technical oversight during construction in addition to operations and maintenance of the facility for an initial 20-year term.