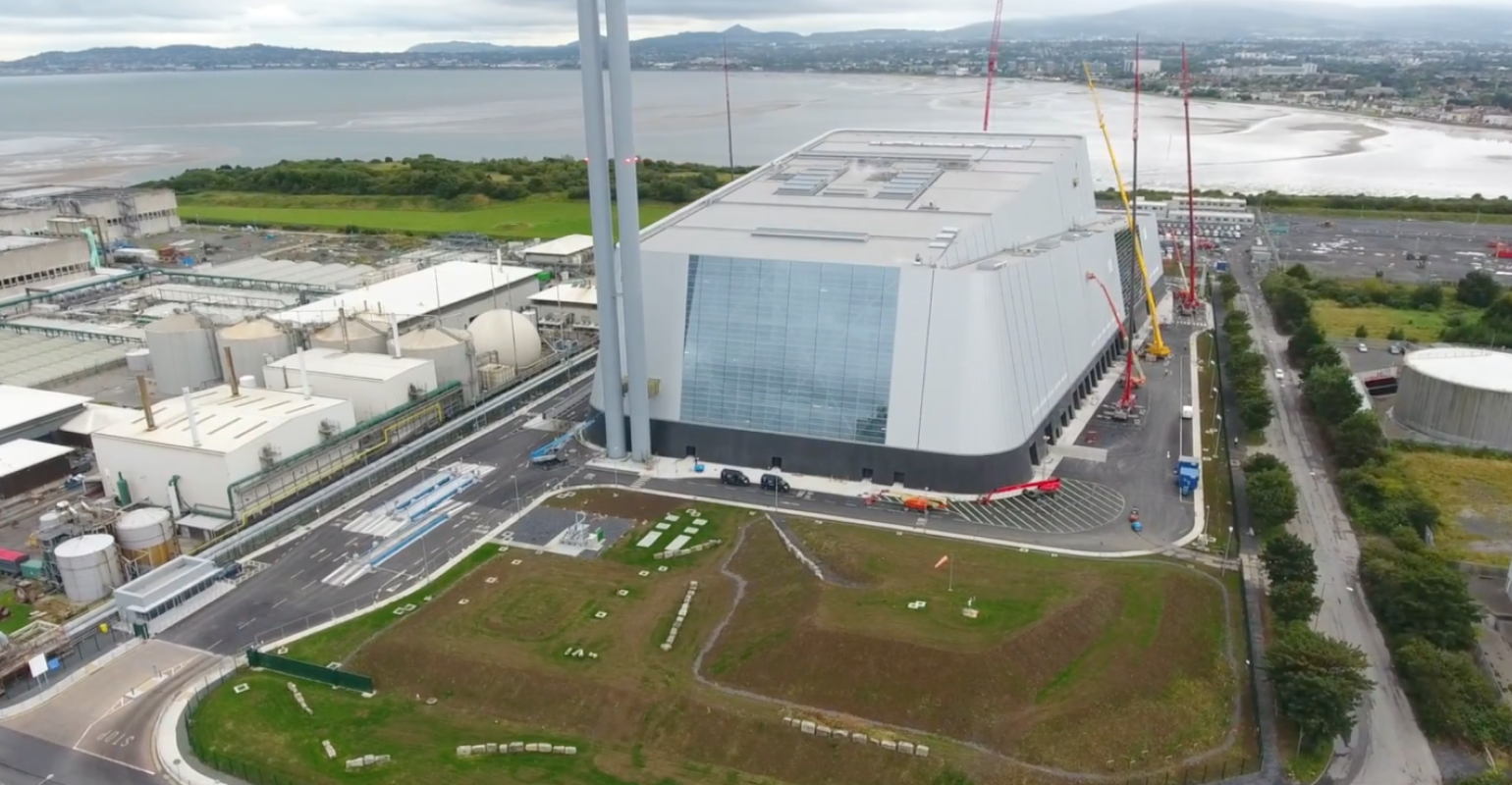 The facility is processing approximately 1,800 tonnes of solid waste per day and diverting post-recycled residual waste from landfills.

In 2014, Morristown, N.J.-based waste and energy firm Covanta Holding Corp. announced that it would build, own and operate a 58-megawatt waste-to-energy (WTE) facility at Poolbeg in Dublin Port. And earlier this year, the facility began its operations and accepted its first waste delivery.  Now, the company has announced that the facility is operating at full capacity, processing approximately 1,800 tonnes of solid waste per day, diverting post-recycled residual waste from landfills, reducing Ireland’s reliance on imported fossil fuel by generating 60 megawatts of continuous electricity that’s exported onto the national grid to power 80,000 homes and enabling the region to become self-sufficient in managing waste and complying with EU landfill diversion targets.

As part of the commissioning process, an independent third party testing company completed stack emissions testing for both combustion lines at the facility, evaluating if the emissions complied with the emission limit values as set out in the license granted by the Environmental Protection Agency (EPA) under the Industrial Emissions Directive. The test results confirmed that the emissions were significantly below the limited required and that 99.99 percent of the volume leaving the stack is comprised of gases common to air, such as oxygen, hydrogen nitrogen and water vapour.

In addition to these gases, trace amounts of other common gases (less than 0.01 percent of the total plume emissions) are contained in the discharge from the stacks and are strictly controlled by state-of-the-art air pollution control equipment.

“The successful completion of the performance demonstration test and the transition into commercial operations marks a great milestone for the Dublin facility,” said John Daly, general manager of Covanta’s Dublin facility, in a statement. “Testing and commissioning is a complex process, testing thousands of systems, sensors and controls in the plant, and the May to October period was devoted to testing and retesting every part of the operation. As with any major infrastructure project, there are challenges along the way, but I’m proud of the way our team has persevered and overcome any difficulties in the commissioning process. The outstanding results from the independent emissions testing are extremely gratifying.”

There are more than 200 operating conditions within the EPA-issued licence applying to the two processing lines at the Poolbeg facility, and the work of the commissioning process includes checking, stressing and testing thousands of systems to ensure that these conditions can be satisfied during steady state operation.

The bulk of the 600,000 tonnes of waste that the facility will burn each year is delivered via the Port Tunnel, and direct deliveries are comprised only of waste collected within a narrow radius of the plant. Fixed routes are followed to limit the impact on residential areas in the vicinity of the facility.

“We continue to strive to ensure that there is no adverse traffic impact on the local community,” said Daly in a statement. “Indeed, there was considerably greater traffic movement in and out of the plant over the previous three-year construction phase, during which the workforce peaked at well over 1,000.”

The facility has also been designed and built with technology and infrastructure to provide energy in the form of district heating to meet the equivalent needs of more than 50,000 homes. The heat could be deployed as soon as the necessary piping to homes in the area has been installed. Dublin City Council is actively examining ways and means in which this might be done.

Under the planning conditions for the Poolbeg plant, Covanta has also contributed to a Community Gain Fund, which is being administered for social and community projects in the catchment area of Ringsend, Irishtown and Sandymount.  In addition to an opening capital contribution of €10.4 million made by the company, Covanta will also contribute €1 (index linked) for every tonne of waste burned at the Poolbeg plant over the 45-year plant licence period. To date, a total of 32 organisations in the catchment area have been allocated €4.8 million, and further capital grants will be awarded in the coming months.