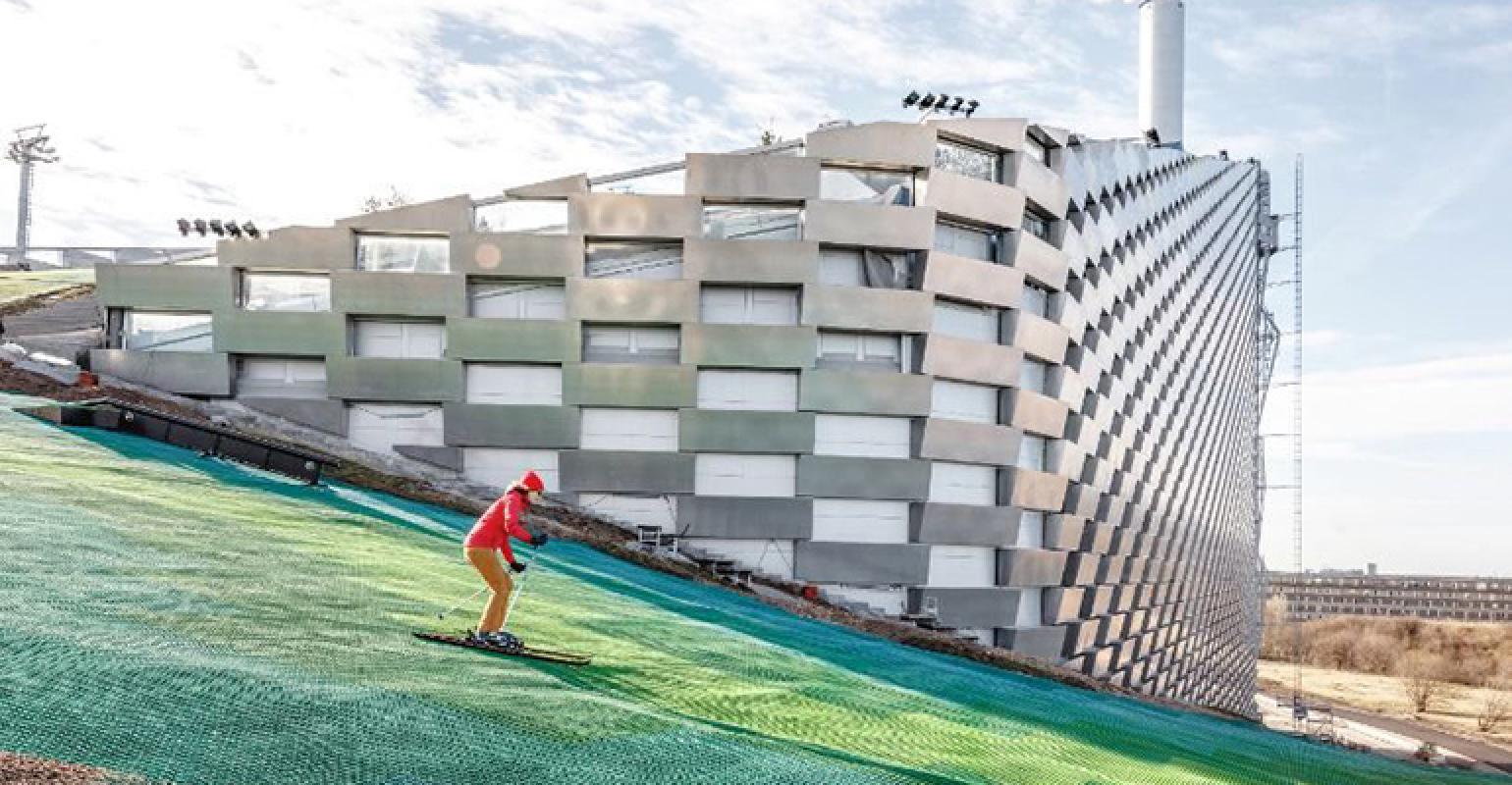 The facility is said to become “an exemplary model in the field of waste management and energy production, as well as an architectural landmark.”

According to ArchDaily, the WTE plant has had a variety of names since 2011—from Amagerforbrændingen, to Amager Bakke, to CopenHill. The facility is located in an industrial area near the city center and is aspired to become “an exemplary model in the field of waste management and energy production, as well as an architectural landmark,” the report notes.

A ski slope design caps CopenHill, and the park will be joined by more than 1,640 feet of ski slopes in the winter. During summer months, a rooftop activity park will feature hiking trails, playgrounds, fitness structures, trail running and climbing walls.

Nearly a decade in the making, the landmark CopenHill waste-to-energy plant first imagined by Bjarke Ingels Group has finally opened in Copenhagen. ArchDaily initially covered BIG's project in January 2011, and the waste-to-energy plant would later include hedonistic ideas of the world’s first steam ring generator and crowdfunding through Kickstarter. Today, the project has fulfilled many of its promises, and CopenHill stands as a modern architectural zeitgeist reflecting BIG's own evolution.

The idea that would become CopenHill actually dates back to 2002, before BIG, when Bjarke Ingels’ firm went by the name of PLOT. What they proposed was to insert a public urban space in the densest area of Copenhagen, where land is most limited, by placing a ski-slope topography above the largest department store in the city. The idea didn't come to fruition, despite winning the competition, but it was the first seed of the idea for the CopenHill we see today. Fast forward almost a decade, and it was announced in 2011 that BIG had won the international design competition for Copenhagen's waste-to-energy plant with AKT, Topotek 1, Man Made Land, and Realities:United.